Hello, poll forum, another idea for your consideration, feedback welcome, thank you.

Who is the coolest sitcom dad?

For an uncropped view of the images see the slides here.

Will you consider the following animated dads?

These might be a stretch for the sitcom definition. At least it could get an honorary mention for cool fathers.

George And Lance, She-Ra and the Princesses of Power

Lio Oak, Kippo and the Age of Wonderbeasts

Hank Hill, King of the Hill

I promise these will be the last ones I nominate.

Thank you, I included the ones with images.👍 Please check if the images are correct.

I'm not sure I'll keep Homer Simpson... it would be a landslide victory in the poll.

You're not a fan of Malcolm in the Middle, are you? :)

Just Hal, actually. The name Wilkerson is never mentioned (just shown in the pilot). By the way, I really encourage to watch the show if you never did, it's a real milestone that paved the way to all the wacky laugh-track less sitcoms of the early 2000s and Bryan Cranston is extraordinary in it. That said, I'm not too sure I would agree on the picture you've chosen as it doesn't really exude the zaniness of the character.

Now, since the feedback is welcome, allow me to make a few suggestions:

- Image polls are tricky because you start by picking pictures and then you scroll down the choices, you realize they don't have the same format or resolution, well it's no big deal in the great scheme of things but there's nothing wrong in suggesting a few improvements.

I think from the very start, you should know what kind of pictures you'd pick and if I were you, I would avoid still frames except if they're the only ones available, look at your 'Al Bundy' picture, not only the resolution of the picture is very low but we don't even see him...

A publicity picture would look better...

Or maybe a still frame where you have a proper view on the character:

(but the older the show, the lower the quality is likely to be)

Now if you pick  still frames, the question is: should you include pictures with the character alone? Or the character (here, a Dad) interacting with a family member? Should it be a picture showing how cool he is? Or any random picture?

Anyway, let's put that in order, in my opinion, for each show try to focus on a picture that doesn't show the father in a special position, you can find it in the publicity / poster section... and you can have a ensemble view on the photo gallery if you click on the actor's name.

I know it takes time... maybe it's easy for me to say because I'm not that prolific, if I suggested 10 polls a week I guess I wouldn't feel concerned by these technicalities, anyway it's precisely because I find good potential for this poll, not trying to lecture anyone :)

indeed you are right, thank you for your suggestions, I will gradually improve the presentation of the list. I am even thinking of splitting it into sitcoms and cartoons dads...  Now I am working on MADtv (Saturday Night Live rival), watching all 15 seasons.

Could you consider Red Forman from That 70's Show? He was scary as hell but pretty cool

Mario, you have 36 options, you need to delete one.

Obviously, get rid of some of the weaker choices, like Darrin Stephensand others. I feel there are some stronger and more iconic sitcom Dad options missing like Ward Cleaver, Jr. from "Leave It to Beaver", Phil Dunphy from "Modern Family", Christopher‘JULIUS’ Rock II from "Everybody Hates Chris", Peter Griffin from "Family Guy", Stan Smith from "American Dad", Frank Constants from "Seinfeld", and Dre Johnson from "Black-ish".

thank you for your suggestions. 👍 I split the gallery into

F Is for Family, Summer Vacation

King of the Hill, The Company Man

@mariojacobs​ That was a good idea, so you have poll suggestion in the bank for next Father's day. I had other suggestions, many of them cartoon dads, that I wanted to make. But, you were already pushing the limit of maximum number answer options.

Was he the father of Lilly or Herman Munster. I don't remember. But I remember he was a cool father figure.

@Breumaster​ He was Lily's father.

Thank you. He was cool, wasn't he?

@Breumaster​ one of mine favorite sitcoms

Mario, the character name is missing in #23.

indeed, Lost in Space is not a sitcom per se, I forgot about this.

Nevertheless, it is one of my favorite TV shows. I love the interaction between Dr. Smith and the Robot.

The first season in black&white is very serious, Dr Smith is really evil and scary. But the season is boring.

The same degeneration happened to Voyage to the Bottom of the Sea. The first season in black&white has amazing plots. Very intelligent script. I recommend.

I read somewhere that those shows decided to go the comedy path to attract a more young audience. 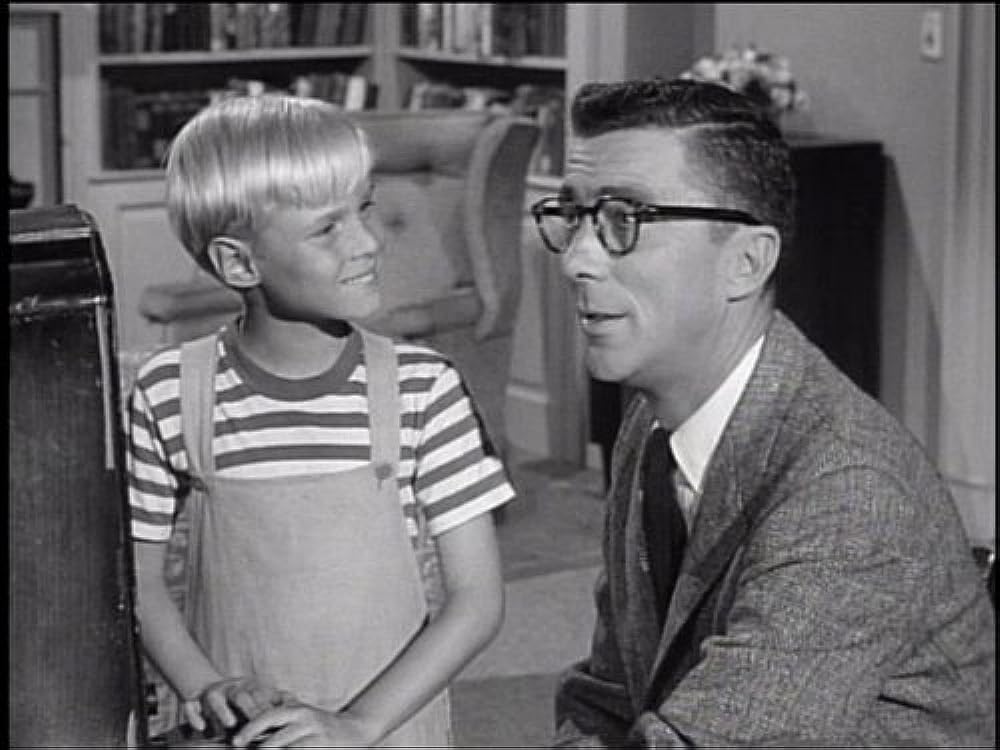 Dennis the Menace is a daily syndicated newspaper comic strip
originally created, written, and illustrated by Hank Ketcham.
It debuted on March 12, 1951

I suspect there may be a possibility of a Part 2 for this poll. I watched the last few minutes of The Courtship of Eddie's Father (1963) on TCM tonight. This reminded me of the sitcoms:

The Courtship of Eddie's Father (1969–1972) with Bill Bixby as the father Tom Corbett and Brandon Cruz as the son Eddie Corbett;

The Patty Duke Show (1963–1966) with William Schallert as the father Martin Lane;

Gidget (1965–1966) with Don Porter as the father Professor Russell Lawrence; and

@dan_dassow​ ok, thank you, now I started a new list and added some cool dads of my own

as Mr. Giles French tends to be more like a father than Uncle Bill

Young Sheldon (2017– ) mentions that Jim Parsons as Sheldon Cooper  has a son, Leonard Cooper, who is the son of Sheldon Cooper and Amy Farrah Fowler.

Note: The fathers of the main cast of 'The Big Bang Theory'  could also function as a Face-Off poll.

>Note: The fathers of the main cast of 'The Big Bang Theory'  could also function as a Face-Off poll.

Would you believe that I have never watched ONE SINGLE episode of Big Bang Theory??? Roseanne is one of my favorite tv series, I watched the whole series at least twice: in English and dubbed in German (@Breumaster ).

I loved those 3 actors in Roseanne:

I think Sandra Bernhard would have been a very cool secondary character in Big Bang Theory, perhaps as the mother of one of the main characters...

The following fathers are great candidates for a your poll. Unfortunately, their shows are not sitcoms.

Ben Cartw Bonanza (1959–1973) is not a sitcom although there are comedic elements to the series. IMDb lists western as its genre.

Charles Ingalls: Little House on the Prairie is listed as Drama, Family, Romance.

@dan_dassow​ Indeed, I was carried away by the emotion of seeing that list. If you recognize any more sitcom dads from that urbanemovies' suggestion above, please tell me.

I believe you got all of the sitcoms from Urbanmovies' list. I will double check when I get a chance. We have a lot of time until Father's Day 2023.

I would've picked Tim Allen if Home Improvement was there

@rob_webster​ thank you, added to the part II list.

@rob_webster​ I was thinking Tim Allen belonged on the list for Home Improvement too. But, I think it is fair to restrict the poll to single listing and he appears for Last Man Standing already.