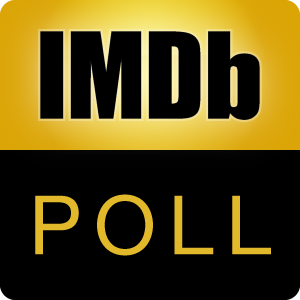 Simply a follow up to Jen's great post; there were getting to be so many pages in that one I thought it could use a refresh. Happy to carry on the tradition!

Which of these bosses of an animated show's main character is your favorite? List

In the known world of Westeros, Essos, and Sothoryos being firstborn has inherent advantages. Upon the impending marriage of King Viserys I to Alicent Hightower, Corlys 'The Sea Snake' Velaryon reaches out to potential ally, Prince Daemon Targaryen feeling that they are both "cut from the same cloth

Which horror movie that is to be released this year are you expecting the most? (as of August 2021) https://www.imdb.com/list/ls501516963/ Companion Poll Suggestion: Poll Suggestion: 2021 Horror https://community-imdb.sprinklr.com/conversations/imdb-poll/poll-suggestion-2021-horror/612ad76

Sugg: The Cabinet of Curiosities

Guillermo del Toro's Cabinet of Curiosities (2022) is a horror anthology series with stories curated and introduced by the Oscar winner Guillermo del Toro, and directed by some of the most prestigious authors in contemporary horror. Which is the scariest first season episode? https://www.imdb.

Intro: In some movies, uncles are partly a subject.Which of these uncles is the most awkward?Please tell us here. Suggestions: Awkward uncles in movies. Please also name the nephew or niece. List: The Awkward Uncle Contest - IMDb Poll: TBD

PS: The Saddest Moment Ever

Intro: In some movies there are unbearable sad moments which tear the heart of the audience.Which of these Moments nearly made you cry? ... or actually made you cry?Please tell us here. Suggestions: 4 serious meant options for each user, maximum 2 animated per user. I surely didn't see all