In April 2021, Disney quietly made its long banished made-for-television 'Star Wars' movies available for streaming on Disney+. While, the two Ewok-themed broadcast TV movie installments are available to stream unedited; subscribers are only able to stream the animated short, “The Story of the Faithful Wookiee” portion of 'The Star Wars Holiday Special'.

Disney's LucasFilm has been hearing calls to make the movies available for decades and more recently faced pressure from an online petition. The noteworthy change was announced in its standard monthly press release, buried among the list of other newly added streaming titles. One hardly could be surprised by Disney's lack of fanfare or attempt to hide it in plain view. Since, the three titles are the lowest IMDb rated movies of the entire 'Star Wars' movie franchise with one title holding the distinction of being named "The Worst Two Hours of Television, Ever" in the 2004 book, "What Were They Thinking: The 100 Dumbest Events in Television History". The measured move seem to have been made reluctantly by Disney. No official statement been made about whether the reprieve is permanent or temporary with questions regarding their future availability remaining unanswered.

In your opinion, which 'Star Wars' made-for-television movie is the most embarrassing installment of the previously banished LucasFilm TV broadcast movies? 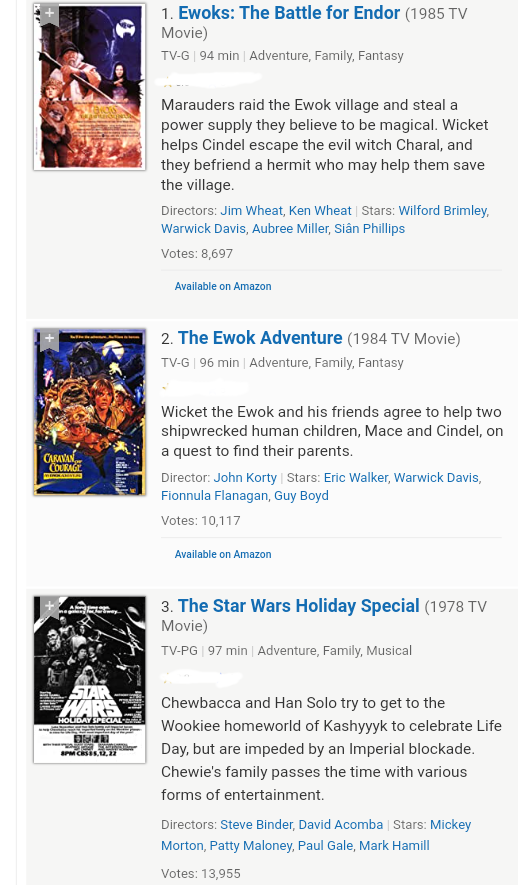 The April 2021 additions represented the biggest addition of 'Star Wars' content to Disney+ since its debut should have been big news. Plus, the two Ewok Adventure movies, The Ewok Adventure (1984) and Ewoks: The Battle for Endor (1985) were significant in that they were last seen on TV almost forty years ago. As stand-alone movies their last home video release was also a distant memory ocurring over three decades ago in 1990. To give context to how long it has been since these titles were last readily available individually, the video formats that dominated their sales were VHS and Laser Disc. However, the long out-of print films did resurface in the interim as a single DVD disc double-feature, entitled Ewok Adventures, released in November 23, 2004. The Star Wars Holiday Special (1978) availability has been scarcer. As the title has never been re-broadcast, shown in theaters, or officially released on home video. So, to view even a portion of any of these titles is a significant event. The availbility to stream on Disney+ represents a rare opportunity to officially view the titles is major Star Wars franchise news. It was treated as such by the Star Wars fanbase and the entertainment press themselves. By the lack of fanfare, one can reasonably conclude that LucasFilm is embarrassed by these movies.

To be fair, all three TV movies were never intended to be nothing more than one-off projects as high profile TV movies of the week during that year's Thanksgiving weekend. Also, the highly watched movies were intended to boost 'Star Wars' merchandising interest going into the critical Christmas selling season. Regardless, the trios official absence has only served to heighten fan interest in them and drive bootleg viewership for the titles.

The list does not appear to be public. If it is set to public, you may have to ask IMDb staff to fix it.

@Peter_pbn​ ​Thanks, it seems to be fixed now. 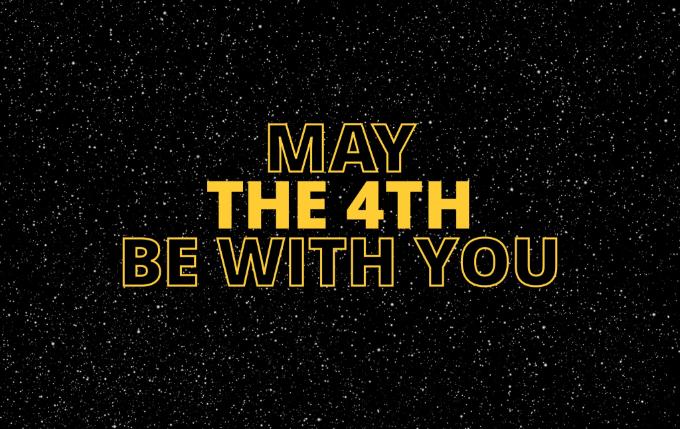