Which house, haunted or just plain freaky, really gives you the creeps?

https://en.wikipedia.org/wiki/Winchester_Mystery_Housea mansion in San Jose, California, that was once the personal residence of Sarah Winchester, the widow of firearm magnate William Wirt Winchester.

Since its construction in 1884,the property and mansion were claimed by many to be haunted by the ghosts of those killed with Winchester rifles.Under Winchester's day-to-day guidance,its "from-the-ground-up" construction proceeded around the clock,by some accounts, without interruption, until her death on September 5, 1922, 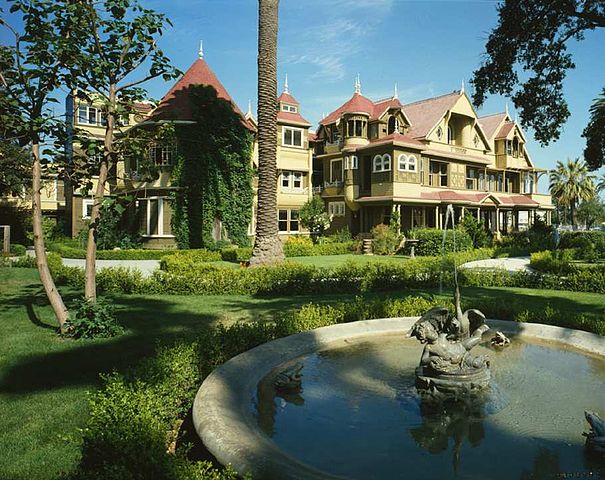 Nice one, thanks! I actually visited the Winchester Mystery House many years ago.

Creepy! And it's still there at Universal Studios in Hollywood.

It is part of the tour. They told us on the tour that set building is expensive, specially special buildings or false building fronts. If the look is what many directors like, to defray the cost of film production, they keep the house and use it again in other films. The Psycho house had turned up in many films with different set dressings. 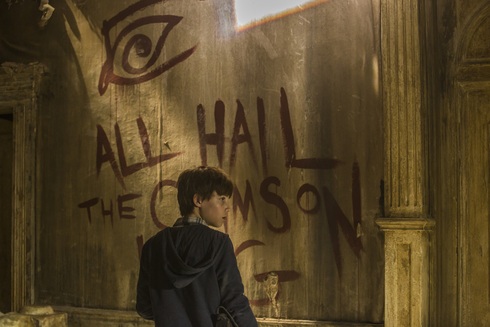 (I'm unable to find an external shot of the house.)

Hi Jeorj, from which movie is this?

Is this a good picture for The Dark Tower?

It's not the Tower that is the scary house, but the mansion on Dutch Hill.I have submitted a photo, I'll post here when it's approved.

Ok, thanks. I must admit I haven't seen this film.

Despite being a missed opportunity with seemingly rushed/condensed pacing, The Dark Tower movie is pretty damn cool. Rated PG-13, it's not a horror movie necessarily, but there are a few mildly frightening scenes. Lots of "Easter eggs" are present.

The Dark Tower has been added.

leavey, The image you currently have is not a still from the movie; may I suggest this one instead:https://www.imdb.com/title/tt1648190/mediaviewer/rm3558093824

It's not the one I submitted, but perhaps it's good enough.

Ok, thanks. I changed the image.

For the Blair Witch Project, I found this image on the internet. But does anybody know if this is an actual still from the movie or just a picture of the house? 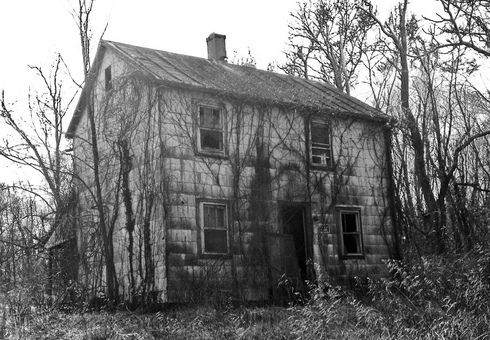 Thanks also for the other suggestions, dgranger. The Haunting (1963) and The Old Dark House (1932) have been added and I have uploaded a new image for Burnt Offerings (1976) and The Blair Witch Project (1999).

I double checked and this is indeed the house of Elly Kedward, the old woman who (according to the legend) was banned to the woods and who the villagers called the "Blair Witch".

The house from Burnt Offerings (1976) has been added.

Great poll by the way!

This is just my POV, and throwing out right now that this post is going to get a little dark so that you are forwarded, but I don’t find most of these houses creepy or scary by just looking at them. Most of these houses are scary only because we know what happened in them after watching the story. They don’t wear the terror within i the outside. And in real life, the houses of mass murders like John Wayne Gacy looked normal and blended in with the rest of the neighborhood. It was the smells emanating from the house or seeping out of the ground that told people that something was wrong. But back to film and fantasy,. That is why I selected images of houses that looked creepy and were picture at night or in the fog to make them look even creepier. Frankly, I’m surprised nothing of Dracula’s castle or nosferatu is mentioned here. They are seriously scary.
The film i’m going to mention in a family comedy that ghost. In fact, director Brad Silberling wanted the haunted house in his film not to be a typical Victorian style haunted house . (Yes, I’m deliberately avoiding mentioning the name of the film until the last second.) Production designer Leslie Dilley suggested using the style of Gaudiesque of architect Antoni Gaudí for Whipstaff Manor In Casper. While there is no exterior shot of Whipstaff on the IMDb, this interior shot will have to do. https://www.imdb.com/title/tt0112642/...
To show how closely they copied Gaudi’s style and what elements made it into the film, check out this site that shows pictures of his buildings and of the Whipstaff Manor sets. https://sites.google.com/site/thecasp... . In fact, if you use the picture of Whipstaff from “Casper”, could you pleased include “Inspired by the architecture of Antoni Gaudi”.

Sorry, that was supposed to read as “They don’t wear the terror within on the outside.” And, “The film I’m going to mention is a family comedy and ghost story.”

Thanks for the suggestion, dgranger. I prefer pictures of the exterior for this poll, so I uploaded a picture of Whipstaff Manor and will include it as soon as it becomes available.

Whipstaff Manor has been added.

Yes, all the pictures are available now.

https://en.wikipedia.org/wiki/H._H._HolmesHerman Webster Mudgett (May 16, 1861 – May 7, 1896), better known as Dr. Henry Howard Holmes or more commonly known as H. H. Holmes, was an American serial killer.While he confessed to 27 murders...

Many victims were said to have been killed in a mixed-use building which he owned, located about 3 miles (5 km) west of the 1893 World's Fair: Columbian Exposition,https://en.wikipedia.org/wiki/World%27s_Columbian_Exposition

Many of the rooms were outfitted with chutes that would drop straight down to the basement where Holmes had acid vats, quicklime and a crematorium to dispose of his victims' bodies 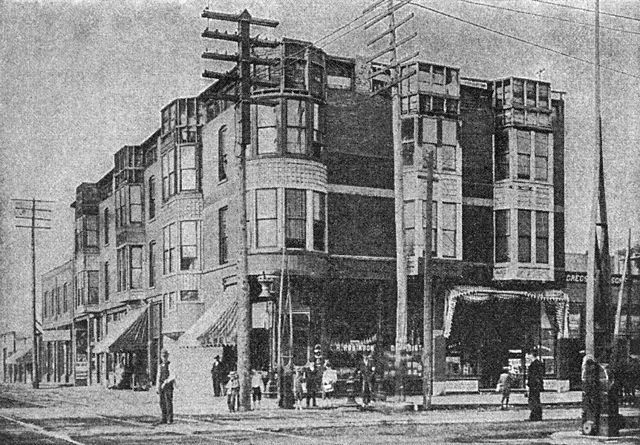 Not the same as

https://en.wikipedia.org/wiki/Sherlock_HolmesSherlock Holmes is a fictional private detectiveat the address of 221B Baker Street, London,

First appearing in print in 1887's A Study in Scarlet

Actually that can be possible because the film https://m.youtube.com/watch?v=Gs-d7gx... “Slaughtered at the Murder Hotel” uses images of the building. All one needs to do is download them to the IMDb. If you play the video, you will hear H.H. Holmes say these scary words, “I was born with the devil in me” And also he was selling the body parts as dissection specimens. Also there is a connection to him and Sherlock Holmes. He was a fan of Sherlock Holmes so much that he changed his name to Holmes to honor the fictional detective.

I watched the documentary. Really interesting, dgranger. Thanks for this!

Great suggestions! I added Freddy Krueger's house and the house from The Changeling. For your other suggestions I couldn't find good pictures.

Thanks, Dan. It has been corrected.

Congratulations. It looks like your poll is being selected shortly.

leavey-2,Are you still waiting for images? Do you have all the images in place for your poll?

Yes, all the uploaded images have been added. The list is complete.