Live Poll: Must See Spanish-Language Movies of This Century

There are many great movies in which Spanish is the main language, the majority of them are not well known by the general public. This selection of movies, all from this century, has less than 20000 votes.Which is your favourite film or, if you haven't seen them, which one seems more interesting to you?https://www.imdb.com/list/ls047023593/Poll: https://www.imdb.com/poll/XsWuX93Vi38/

Not sure I would keep this "they usually have little international recognition" in the introduction... or the "underrated grade". First, I think it's a matter of opinion, even it was right in objective terms, you would have to make estimations out of all the movies nominated for the Best Foreign Film Oscar and determine where Spanish-speaking countries stand among other competitors such as France, Sweden, Italy, Japan etc. and maybe do the same thing for the Golden Bear, the Palme d'Or etc. Not saying you're wrong, maybe what you said was an understatement but even then why not just keep the space to make a nice tribute to Spanish-speaking cinema, a bit about Bunuel the pioneer, a bit about Almodovar or Del Toro instead of some 'angry fan' comments if I may say (with a friendly smile). 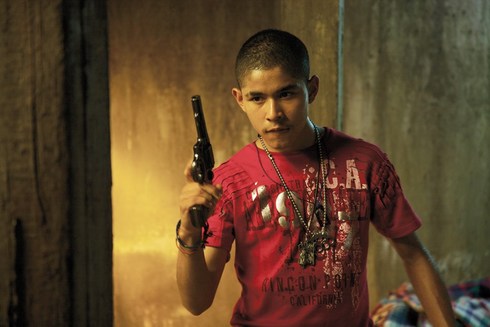 Hi Yonyx,Thank you for your poll suggestion.1. Once someone has responded to your post on Get Satisfaction, only an admin can edit your post.2. Please read:FAQ: So You Want to Make an IMDb Poll? Here's How... Please note: Polls are limited to a maximum of 35 choices.3. Please change the title of your list (https://www.imdb.com/list/ls047023593/) from:Best Spanish-language movie / Mejor película de habla hispanaTo:Best Spanish-Language Movie / Mejor Película De Habla HispanaFor future reference:When in doubt about capitalization, use this online tool:https://capitalizemytitle.com/ Capitalize My TitleEnter your title and select:"Title Case" and "AP".

4. For your poll suggestion to be considered, your list must have a discussion link. Please add this text:This will be displayed as:After voting, please discuss here.5. You can provide a similar discussion link in Spanish.6. This is the general form of a discussion link:After voting, [link={Link-of-Thread}]discuss here.[/link]Where {Link-of-Thread} is the discussion link associated with the list.7. Other poll authors have already offered their suggestions. You may also receive suggestions from other users. Please read these suggestions carefully and respond respectfully.8. There are a few poll authors who are fluent in Spanish. They may be able to offer additional advice on the Spanish translation of your introduction and question. Sadly, I have little knowledge of the Spanish language.9. If you have any questions regarding creating, suggesting and refining polls, please ask them in this thread.

You should have a clear criteria on how did you choose those movies. There are thousnads of films in Spanish, are those festival winners? Oscar nominees? do they have a minimum of votes or rating?Also, I think this was a suggestion made before https://www.imdb.com/poll/bvguukSU73E/ so you should try to make it different somehow

I like your poll suggestion, especially the dual English and Spanish feature.But I agree with both of  Pencho15 observations.Your list seems to be mostly highly rated IMDb 7.0+rated movies with votes from 1,000 to 100,000+, but undefined. Pbn's poll answer list for ¿Cuál es la mejor película en español? includes films that are primarily in Spanish with an IMDb rating of 7.5 or more from at least 25,000 voters. While his asks asks the best question and pbn asks the favorite question, the danger is that the will be to similar. If some parameters that are different like Spanish-language Best foreign-language Oscar winners/nominees culled from (ie List of Academy Award winners and nominees for Best Foreign Language Film) or Highest Spanish-language Box Office Movies culled from (ie All-Time Top Grossing Spanish-Language Films in the U.S.)  or (ie Box Office Mojo's Domestic Box Office Foreign Language 1980-Present) were used it would be better. You still might have a lot of the same movies in the end, but it would at least create a unique poll suggestion with a different spin that is more likely to go live.I also agree ElM's observation on removing "they usually have little international recognition" in the introduction... or the "underrated grade".  Most movies because they represent an average tend to move to the middle. Movies that you or I would score a 10 or 9 will get low 8 high 7 overall IMDb ratings. Conversely, movies at the bottom tend to get overrated. Movies that you or I would score a 1 or 2 will get low 3 high 2 overall IMDb ratings. It just the law of averages where minority voters voting the opposite of the majority voters will move the average to the middle.

Thank you very much for your replys. It was my first poll and I was not sure of the whole process, now I will take into consideration all the suggestions.Can I do a new similar survey from zero in another thread? It would be a new survey with different Spanish-language films better explained and with a clearer criteria.

This is normal, most poll suggestions evolve from being good suggestions (initial) to better ones (final), based on outside feedback. You should just decide on the criteria you want to to use, the modify your introduction, question and answer options using the existing list.That final list version is what in the end will be published. It is better to do the existing thread, so the polls progression can be seen and comments aren't duplicated. I wouldn't worry about the poll thread header matching, as this happens all the time and once complete your title and revised question can be updated by the editors.

Creating, suggesting and refining polls is not particularly hard, but it involves time, effort and a certain amount of collaboration. This thread is a record of how your initially created and refined your poll suggestion. Having one thread associated with a poll makes it easier to review the poll and helps to reduce duplicate recommendations.

What do you think now?I have only included movies with less than 7.5 in IMDb (between 6.2 and 7.4), with no minimum votes. I have put fewer options to make the decision to choose simpler.I have also fixed the capitals in the title and I have inserted the link of this survey.https://www.imdb.com/list/ls047023593/

It is a step in the right direction. But, I think it has too many not well-seen titles (half have less than 2,500 votes). I think most poll makers set a floor of minimum votes (10k, 25k or higher) to ensure enough options that poll takers actually have seen. I think the bar can be set a bit lower for Spanish-Language movies. While, you may have seen all of these movies, but most poll takers will struggle to find more than a handful of options (if any) to choose from. I also think you need a catchier, shorter title that is interesting enough for someone to want to click on and take your poll. You can mention the scope in a poll introduction or sentence. I still think focusing on a theme is a MUST: Highest Spanish-Language Box Office Movies, Oscar-Nominated Spanish-Language Movies or something else. As your list stands now, it just seem like a random list of Spanish-Language movies. But, If you are going to do a personal list, you could hand-pick lower profile movies but not not too low from a search Feature Film User Rating between 6.5 and 10 Rating Count at least 5,000 votes in Spanish (Sorted by IMDb Rating Descending) (sorry, couldn't exclude English titles) or Feature Film User Rating between 6.5 and 10 Rating Count between 5,000 and 25,000 Spanish (Sorted by IMDb Rating Descending) (sorry, couldn't exclude English titles) and call it something like, Hidden Gems of Spanish-Language Cinema or a theme of your own choosing.

The description is much better, but from your current list I could not vote, I know around half of the films but I have not seen any of them.

I am from a Spanish speaking country so I'm more related to this films, but my guess is most IMDb users would not even hear about this movies. You could rephrase the question in a slightly different way that has been used in other polls to avoid a problem with this: Which is your favourite film or, if you haven't seen them, which one seems more interesting to you? ﻿That way anyone could vote it doesn't matter if they have seen the films or not.

I have taken your suggestions into consideration (I have done a bit of copy paste xD) and here are the changes in the description.I have also put at least 1000 votes and all are films of this century.Hidden Gems of Spanish-Language CinemaThere are many great movies in which Spanish is the main language, the majority of them are not well known by the general public. This movie selection has less than 7.5 in IMDb and at least 1000 votes.Which is your favourite film or, if you haven't seen them, which one seems more interesting to you?https://www.imdb.com/list/ls047023593/Thank you.

What are the criteria?

Of the items in the recomposed list, the only one I've seen is XXY. I would be most interested in seeing La Zona for the first time, though. Chico & Rita looks interesting too.

I can understand keeping the list short for the purposes of simplicity, but it is going to be such a hit or miss. A list of some of what I've seen in perhaps the vein of "hidden gem" or "art house" but which appears on no IMDb poll or IMDb list referenced in this thread thus far is as follows: ...but maybe half of the aforementioned are just plainly coming-of-age dramas, so even if they are also hidden gems, they could be part of a whole other poll or something about that specific category.

The rest of the films have less than 1000 votes. They suggested to me that I put more well-known films, without the limitation of 1000 votes I could have included many more movies.