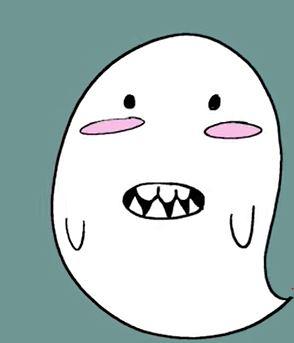 Well, the 2000s were over awhile back and so were their movies. There have been many great ones we've had the pleasure of seeing - and far too many stinky ones!

The IMDb Poll Board members have chosen their top 5 worst movies from the decade that was the 2000's (2000 to 2009). You know, the ones that they think no human being should be ever subjected to again. Which picks do you agree with most?Please tell me the five feature-length movies from the 2000s (2000 to 2009) that made you cringe!  There may be more stinkers ahead! Let's dive into a dirty spiral of negative nostalgia.LIST: https://www.imdb.com/list/ls091686381/POLL: https://www.imdb.com/poll/o3uTqabpQJw/

:D  LOL that's very amusing.  I didn't see any of HP until just this year, so I guess I was pretty behind, too.  :)
Despite the fact that I put the first one on my list, they get a little better.  The last few are actually quite good.  There was just something about that first one that was offputting to me; perhaps it was, as you said, aimed at younger children and it was too "silly" for me.  :P

I'm no fan of Harry Potter movies, only having seen the first one, The Sorcerers Stone, as well as the one in the series that had "Phoenix" in its title, which I mostly slept through, when we took a little kid to see it. But honestly, with the Potter movies having generally been well praised by the major movie critics, and that Sorcerers Stone entry in the series having achieved major blockbuster status at American box offices, it seems pretty obvious that people who would choose that flick as deserving of being included on a list of the very worst movies of the 2000s, are folks belonging to a very tiny minority of people. I mean, with about 350-400 movies being released in the U.S. each year, then, out of those thousands of movies released in the 2000s, it's a virtual certainty that many dozens, to a few hundred, of those movies, (at the least) were far, far, worse flicks, in almost every way a movie can be bad, than that particular Harry Potter movie is. I just don't happen to be interested in seeing any of the Potter movies, since I prefer flicks which focus on adult characters, and their struggles, instead of using time to view films which deal with the viewpoints of kids.

people who would choose that flick as deserving of being included on a list of the very worst movies of the 2000s, are folks belonging to a very tiny minority of people.

LOL, that pretty much describes my entertainment taste perfectly.  :D
I see what you mean as far as there being movies which are waaaaay worse than HP (and there are), but some of those films, which are essentially the cr*p topped with more cr*p, are so bad they delight me.  On one hand, I agree with the pollmaker's, Stephen Atwood's, picks of Replica and Julie and Jack, but on the other hand those movies are so terrible they make me laugh.  :)  I was trying to pick movies that are flat out boring, and to me the first HP was boring.

I am a little hesitant with HP movies, the first 2 movies seemed very bad to me, it could be said that the 3rd one I liked a lot and the rest of the saga continues to decline, I found them attractive movies when I was a teenager, if I saw them today they would seem boring and ridiculous.

3 was okay, and to me they didn't get better til Order of the Phoinex and on.  Goblet of Fire was meh.

But most of the movies listed were low budget productions . When a movie's makers either lack talent, or find themselves temporarily devoid of true creative inspiration, while working on their movie, then, on top of that, their efforts are further hampered by the handicap of having to work within the boundaries of a small budget, then it  shouldn't shock anyone when the final movie product turns out to be pure manure.I mean, Ed Wood was famous for (or infamous for) making more than a half dozen low budget movies, of such abysmal quality, that the starring actors & actresses of those films were later embarrassed to admit to interviewers that they had performed in such stinkers.So IMO, it's worth little time or effort to take shots at very bad low budget movies, which are all too common, and are a dime a dozen anyway. Because movies that are much less common, but much more outrageous in showing how producers can  waste vast resources, and still create crap, are vanity projects like "Battlefield Earth" which Jon Stewart hilariously described as "a cross between "Star Wars" and the smell of ass." Because one sad truth about movie studios making major productions such as a "Would Be Blockbuster", like "Battlefield Earth", is that for the cost of the tens of millions of dollars wasted on a turkey like that, some of today's skilled young movie makers could have created 10 quality movies that audiences would enjoy, instead of hurling insults at, as people like Roger Ebert, Jon Stewart, as well as the folks running the "Golden Raspberry Awards", all certainly did to a movie deserving of it, which was that John Travolta vanity project, and Sci-Fi fiasco.

I agree.  :)  I love terrible low budget movies, like ﻿Replica ﻿or ﻿Plan 9.  ﻿They're awful, so I do like to poke fun at them, but at the same time since they ﻿are﻿﻿ ﻿so bad, they're lovable.  'Hollywood B-Movies,' as I call them, aren't lovable but merely offensive!  Like, if you have the resources, how could you have squandered them and made it crappy?  Bad movies like ﻿Birdemic﻿ are terrible, but you gotta love it.  That's why with my worst picks, I went with stuff I genuinely could not stand, not films I love for camp appeal.

1_2012 (2009)
Never let a "filmmaker" like Roland Emmerich make a film about the end of the world, could being a story about human feelings but ends up being the typical generic action movie that superimposes the explosions above his characters and his story.

2_Jumper (2008)
A really horrible movie without feet or heads.

3_I Now Pronounce Chuck and Larry(2007)
Can't miss Adam Sandler's bad and misogynistic movies, this movie makes fun of homosexuals on his face.

4_The Blind Side(2009)
Terribly overrated by the Academy, a film made as politically correct as possible, so much so that it becomes unbearable.

That previous statement was a lie.

Unbearable optic in general, in 30 minutes my eyes got sore

90 minutes without anything happening

Alone in the Dark

Rubish, 99 minutes of boredom. The Credits are the best, you can read some funny names for a few minutes

May I change 'Blair Witch 2' with 'Zoolander'?

The list has been updated to include the two latest set of 5 loathed films.

The League of Extraordinary Gentlemen

Indeed. And there were more equally low rated, but I had to choose.

Ali Baba is the only one I saw expecting something terrible.

Scary Movie is one of only three films I find so bad I haven't been able to finish after starting them.

Tsar, the link to mihailo's profile page doesn't work anymore. I guess you could use plain text or link to his IMDb profile instead.

That's bizarro. I'm wondering if he deleted his account as his post ain't anywhere in this thread.

Yes, he deleted his account a few months ago.

Thanks for updating the link.

There are many other dishonorable mentions, but they are so dishonorable that I don't even wanna mention them.

Your set of stinkos just Tokyo'ed Drifted onto the list!

I could never get my list down to five, even though I really didn't see that many really awful movies.

May I suggest two small edits to the intro?

Well, the 2000s were over awhile back and so were their movies. There's been many great ones we've had the pleasure of seeing - and far too many stinky ones!

Oh, that's a good idea, Ravi. Thanks for the tip. I'll try that.

@rubyfruit76 The two sentences in question have been edited accordingly. Thanks.

Son of the Mask

Riverotter? As previously brought up by RaviNathan: Ocean's 8, Paul Blart Mall Cop 2, (as well as) what I assume to be the 2016 Ghostbusters reboot. They don't qualify.  Do you have any alternatives?