Which of these live action TV series characters do you think can be considered as the "Greatest TV Hero of All Time"?

I would like to suggest Special Agent Dale Cooper from Twin Peaks (1990).

Thanks. Can you please tell me whom should I replace with your FYC?

Hmm, I don't know. Maybe someone from a less popular show? Daniel Boone? Matt Dillon?
Also, in #9, you have an image from the movie Das Boot, and not the mini-series.

I would say Ash since he started as a movie hero.

"Das Boot" mini-series is actually the uncut version of the movie 'Das Boot'.

The following versions of the original movie have been made so far:

The characters were same.

Please include Buffy. And what about Wonder Woman?

Could be instead of:
Ash
Rust Cohle
Lehmann-Willembrock
Jesus
John Adams

You could also leave some places open for later suggestions.

What about Ralph from The Greatest American Hero? Or Captain Picard from Star Trek TNG, or Olivia from Fringe?

My favorite character on the list is Sherlock, but heroic isn't the first adjective that comes to mind when I think of him. . . .

From the list, I think I'd stick with Jon Snow. But overall he's like my fifth choice.

Thanks, I have added:

Capt. "Hawkeye" Pierce from MASH (He seems like a "must;" for many reasons, including that he has stood the test of time and is from a classic series that was one of the best.)

Mary Richards from The Mary Tyler Moore Show (Like Hawkeye, she seems to be a must.)

If you're going to have the Bionic Man (six million dollar man), I think you've got to include The Bionic Woman


In place of Ash Williams, Eleven (hasn't stood the test of time at all), Daredevil, Spartacus, Ragnar, Brisco County, Jr, James Gordon, Capt. Sheridan, etc -- these and others may be great heroes but not iconic like Batman, Moulder and Scully, and some others on the list, as well as some of the suggestions above and others' suggestions from further above.

This would be a good list of heroes since 2010 or 2000, if a few icons from before were cut, but "all time" seems like a stretch -- this list has a much more contemporary focus, which is fine but I'd maybe reflect that in the title.

James T. Kirk - Star Trek would the most iconic of the list, especially the way his herioc-ness is portrayed over it being a team effort to some degree.

How how there are only 2.5 females that made the list of out thirty-five?

I have added some more female heroes from the above suggestions in my list.

It's your completed list and granted you almost doubled the amount from 2.5 to 4.5, but it still seems like a token amount to me. I don't think half of the list is realistic, but close to a third of the list being female TV heroes might be right. I wouldn't just add females to add them, but I think there are worthy candidates out there to be listed.

Especially, when I see fringe candidates like Capt. Frank Furillo - Hill Street Blues, Ralph Hinkley - The Greatest American Hero and others on the list, but Daenerys Targaryen - Game of Thrones, Kara Danvers -Supergirl or Sydney Bristow - Alias didn't make the cut.  The Greatest American Hero couldn't even fly right or land without crashing into something during his 1.5 seasons he was on the air.

Another option: Why not just re-titled it "Greatest Male TV Heroes of All Time" and remove the females altogether.

P.S., I like Capt. Frank Furillo - Hill Street Blues a lot and would like to see him on the list, but I would rank him behind the three females I just suggested. I also wonder how he beat out another TV cop, twenty season TV veteran Olivia Benson - Law & Order: Special Victims Unit for his spot on a greatest list.

I am not saying they belong, but should be in the conversation: Jessica Jones (Defenders, Jessica Jones) , Peggy Carter (Agent Carter), Clarke Griffin (The 100), Kara Danvers (Supergirl), Charlies Angels, Claire Bennett (Heroes), Arya Stark (Game of Thrones) and Michonne (The Walking Dead)

That sounds like a flimsy reason and not really true. You making a choice to leave some characters on this list and to leave others off the list.  I just don't share your belief that Will Graham - Hannibal,  Ralph Hinkley - The Greatest American Hero and William Adama - Battlestar Galactica. rank above Xena (Hercules: The Legendary Journeys, Xena: Warrior Princess), Captain Kara 'Starbuck' Thrace (Battlestar Galactica) and Lucy Richardo (I Love Lucy) on a list of Greatest TV Heroes of All Time. But, if you think those are the best thirty-five (2 pairs), its your poll suggestion. I will give you credit as I think it is improved from the original version and an improvement from 2.5/35 to 8.5/35 raio, over triple the amount. Plus, in some fairness any list is going to be debatable to some degree.

Please tell me whom should I remove for Xena, Kara and Lucy?

They are all great TV characters from popular TV shows.

I'm saying if you think you have the right thirty-five, you should leave the list as is. I feel this conversation is going on longer than it should.

I can not add more. Otherwise I have to request to the IMDb Editors to increase the option limits of IMDb Polls from 35 to 45 - 50...!!!
I am only giving an alternate view, which you can decide if it makes sense or not.  But, if you are asking I don't think "popularity" and "greatness" necessarily go together. I have communicated my thoughts clearly, including which three already. You shouldn't change them because I think the changes should be made, but because you feel it makes sense too,

"They are all great TV characters from popular TV shows".
Ralph Hinkley - The Greatest American Hero despite his moniker, I can't understand how he makes this list. In terms of popularity, his show lasted one full season and two partial seasons. His show is 7.4 rated with 3750 votes and was on the air 45 years ago and was a ratings hit over its first half season or so only. As for the greatness of his character, other than his fallibility, there was nothing special, great or unique about the character. In my humble opinion, you could choose any character, I have suggested and it would be an upgrade, in every way you would want to measure it. P.S. I was fan of The Greatest American Hero series too.

Please feel free to tell me if there any more updates required.

For the record, I think it is a strong list with the last two additions, It fits the bill of Greatest TV Heroes of All Time with no glaring omissions or inclusions. The bottom third is always going to be debatable, but there is nothing I feel strongly was left off or doesn't belong. Xena and Lucy Richardo were the right additions due their iconic  pop culture status, long TV runs and overall greatness as TV heroes.

Thank you Benu for your help!!!

On the whole, I liked how it turned out it has a good mix from different eras and genres.

I haven't seen many of these.

For now, I would second your opinion. My vote for Jon Snow - Game of Thrones.

What is up with that picture of Lucille Ball? Did someone Photoshop it?

The list is possibly still debatable. Maybe it's because people read different things into "heroes".

I know it was a suggestion, but does Lucy Ricardo fit in as a "hero"?

Input from other readers appreciated.

Do you have any suggestion? A female hero would be better. There are too many males.

I can replace Lucy Ricardo.

I think the list has improved a lot and you've done a good job balancing all of people's suggestions. It's a tough mission for such an ambitious list. I still don't see Mary Richards, though - and I really think the list is incomplete without her. She was the feminist icon of TV for decades and the one to break that barrier that made way for so many strong female characters in the decades following, such as Carrie Matheison and Olivia Benson.

If you don't want to remove any, maybe make it a two-part list and then have a run-off? Or I could do a part two and we could still have a run-off, lol. 'Might be fun.

I have a request, if possible, please tell me the name of the poll admin who selected this poll to publish. This is a big milestone for me and I would like to mention his/her name in my diary. You can mention the name here on this thread, if that will be a problem, you can send me the name on my mail or Facebook messenger.


This is for all past and present poll admins who helped me to get 400 live polls: 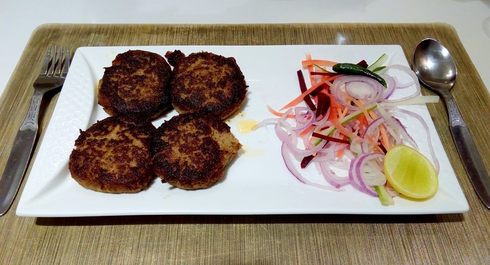 And, this is for the poll admin who selected this particular poll (I guess it is either Pibby or Suzy, but I would like to be sure): 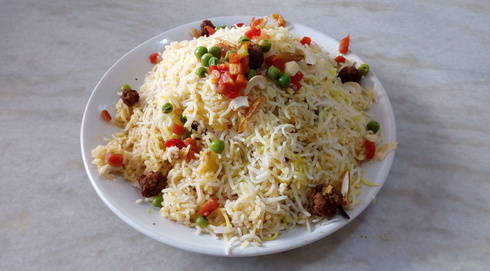 Well, I suggested that we push this one today, but of course it's a group decision.

Please have some Kebabs: 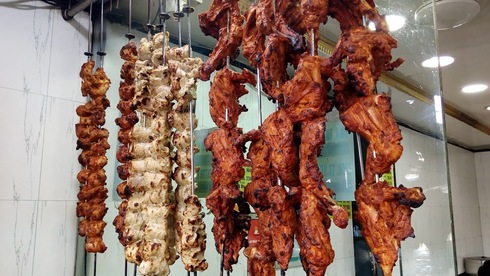