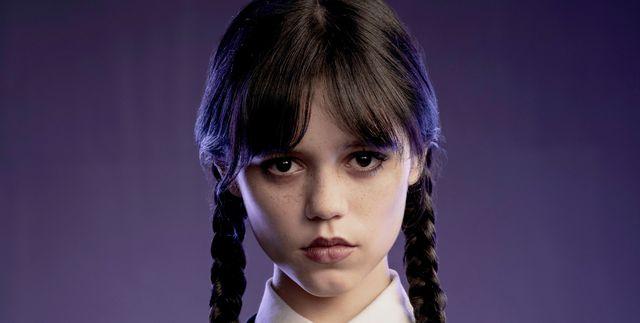 Kramer vs. Kramer: Although I thought it would be better for the child to stay with the father and not subject him to another emotionally damaging change, I did not demonize Streep's character, JoAnn, in the least and she was right about many things. Both parents were very sympathetic characters. 'Great film and great feminist film. 'Great idea for a poll, as well!

Rory Devaney vs Tom O'Meara.   Have to watch the movie again its have been long time ago.

Dont have seen, UNCLE, Rush, Kramer vs. Kramer.  Batman vs. Superman, of course For Batman!   Civil War, i like Hulk!   Will Turner and Jack Sparrow, Jack for sure. Achilles vs Hector, for Hector and Troy. Looper was kinda boring so I not cared much about it.  Mr und Mrs Smith, both were evil. :D

My first thought was the brothers from Warrior. And there they are!

I second the two from 'The Fugitive.'

Why the weird spelling for the Winklevoss twins?  And who considers them good?  Yeah. They ain't evil but....

You've never heard/read Winklevii before? That's just a term publications and people use to refer to them collectively.

I agree they shouldn't be on here. I think I was thinking more of rivals who were equally bad/good (Zuckerberg vs. the Winklevii) rather than two GOOD teams vs. each other.

“Winklevi” was used in the movie. This spelling is in the official screenplay.

Returning to this, I think the problem is also that Zuckerberg himself is not portrayed as a "good guy", at least not by the end of the movie.

I am not certain if Javert is a character anyone is supposed to sympathise with.

In the novel, Javert was born in a prison, son to a couple of criminals. Perceiving himself as an outcast due to his parentage, he had the choice to either become a criminal or a police officer
(both occupations filled by outcasts in this time period) ; and he chose the latter. However, Hugo depicts Javert as a fanatic who devotes his entire life to the pursuit of criminals, never allowing himself to have any amusement, any friends, companions, or lovers. In Hugo's words Javert was eternally isolated, chaste, and in self-denial.

When Javert learns (too late in life) that the world is not as black-and-white as he thought, that the law and legal system which he serves are not  infallible, that he will have to learn to compromise... his reaction is to despair and commit suicide.  There is something deeply unsettling about a characters who chooses death to compromise and learning from his experiences.

"vs." should have a period. Place change the title from:
Good vs Good!

I've already told you this, but this really is a great idea. :)

I just noticed a little typo. There's a missing "s" at the end of a plural word in the intro, as shown below in bold:

I disagree with Walter White and Hank. Walter is definitly on the bad side, even if he's sympathic! Hank is on the good side for sure! Same with Wylee Coyote and Road runner. Even if the Road Runner is mostly a unsympathic nuisance and Wylee is a pitiful looser, Road Runner is good, Wylee is bad! The rest of the list is pretty good! I like it.

I think you should stick to movie options, and maybe keep the TV rivalries for another poll, right now, the balance isn't quite there between movies and TV.

The "Rocky vs. Apollo" rivalry is tricky, if you're talking about the first film, then obviously Rocky was the one we were supposed to root for, in the second, the problem is that we might root for Apollo but in the script, he's clearly depicted as an antagonist, and it's one of the reasons I didn't like the first parts of the movies. You would think Apollo might have learned a lesson of humility after the first game but instead he insults Rocky, calling him 'lucky' and other names... he uses the media to ruin his image etc. Meanwhile Rocky went through so much crap (from the wasted money to the lousy job, not to mention Adrian's coma) that it wasn't difficult to root for him.

Rick Blaine vs. Victor Laszlo
Snipes and Harrelson in "White Men Can't Jump"
The Grumpy Old Men
Woody vs. Buzz
Fast Eddie Felson vs. Minnesota Fats in "The Hustler"
Sharks vs. jets (if not good, they're equally bad)
Mmmm maybe Mozart vs. Salieri?

I agree with ElM that perhaps it would be best to exclude the TV characters. There was also some discussion about Zuckerberg vs. The Winklevi earlier; they should probably be removed.

My vote: Adam vs. Amanda from Adam's Rib

My vote is for Civil War : it was really hard to choose a side between these two character.

Tony was right that they needed boundaries and it’s part of what separates them from the bad guys but Steve is right on not trusting the government.