LIVE POLL: Changing of the Guard @ the House of Windsor

YouGov, a British-based analytics and research company, has surveyed the general public yearly to determine who are the most popular members of the royal family. As everyone knows, "there can be only one" and not surprisingly Queen Elizabeth II has topped the lists in the most recent surveys, including one taken in June 2022.

With the recent installment of a new head of the House of Windsor, which of these living close relations* of former head, Queen Elizabeth II is now your favorite member of the royal family of the United Kingdom and the other Commonwealth realms? 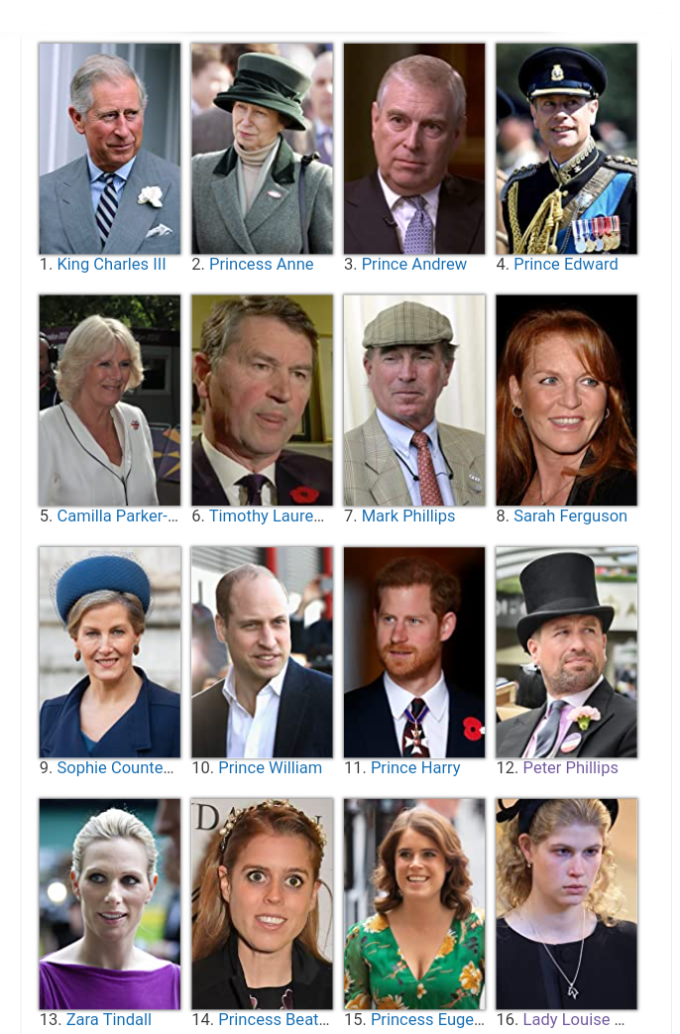 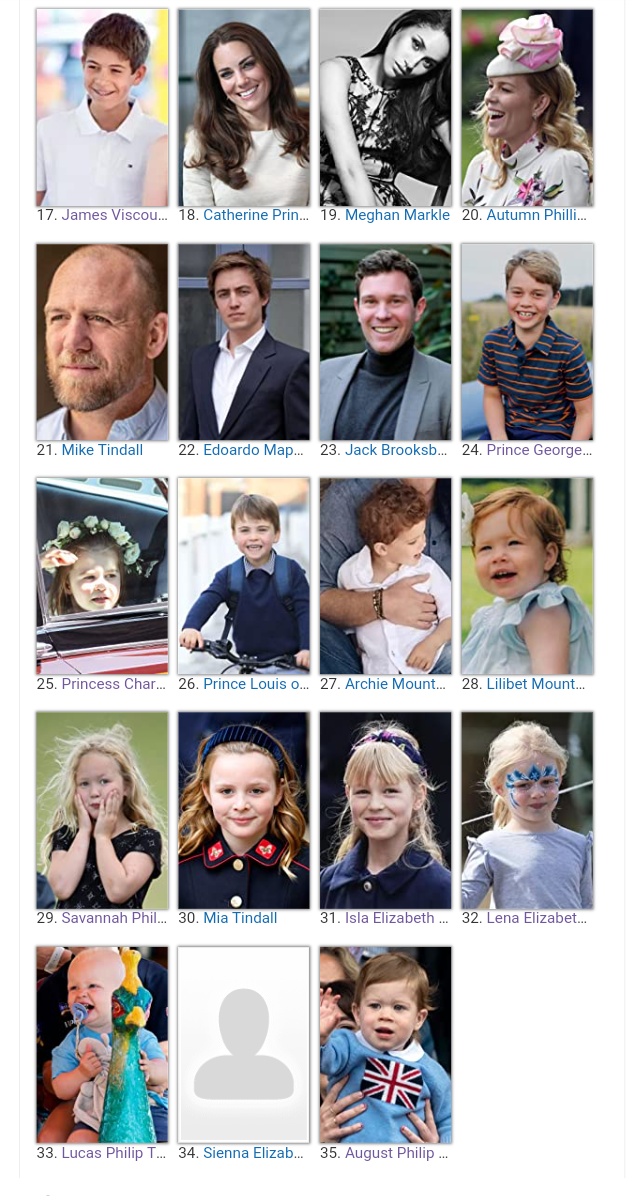 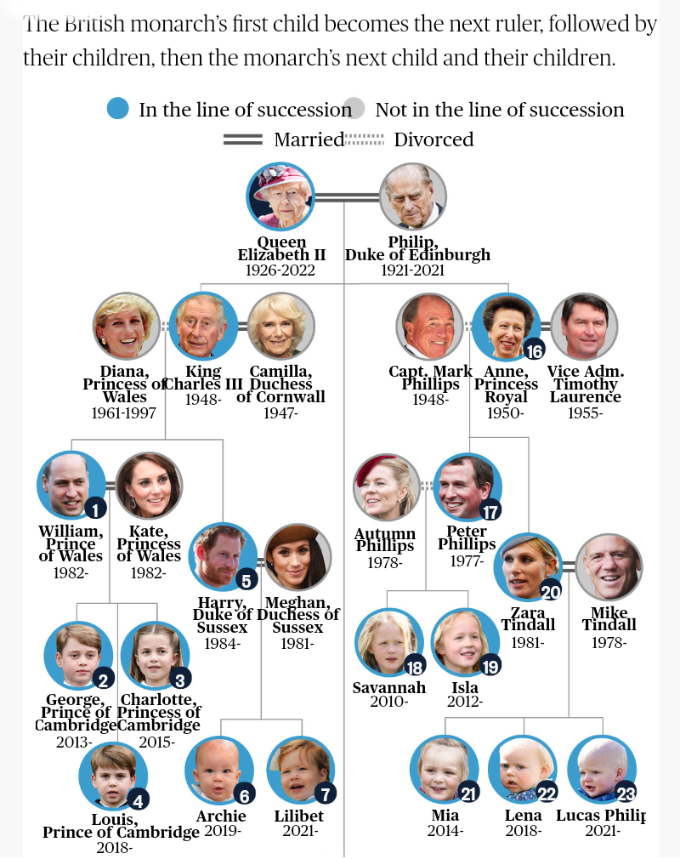 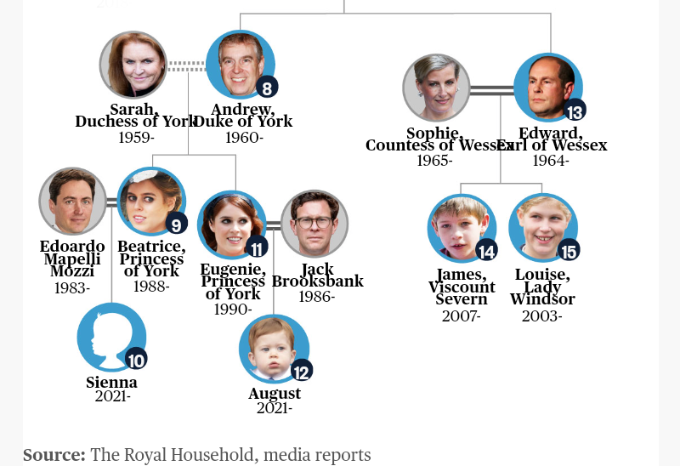 I never thought I would say that, but King Charles III is the one. He looks like thinking and then saying, not saying and then thinking. He appears to be appropriate serious.  Environmentalist! That necessarily fits into our time, isn't it?

Camilla is Queen Consort of the United Kingdom. You may wish to update your description of her accordingly.

@dan_dassow​ Since, the themes of the poll suggestion are the changing of the guard (in terms of popularity), a reshuffling of the line of sucession, the death of Queen Elizabeth II and finally understanding now all its royal members were related to the late Queen and each other. I don't want too over complicate the list (the boat has already sailed), but all those goals are much harder to communicate in a list than on a chart. I will work on this a bit more today to accomplish this, and lastly add any official "titles". The chart posted below is already outdated, as it does not include the most recent births and deaths from the 2020's. 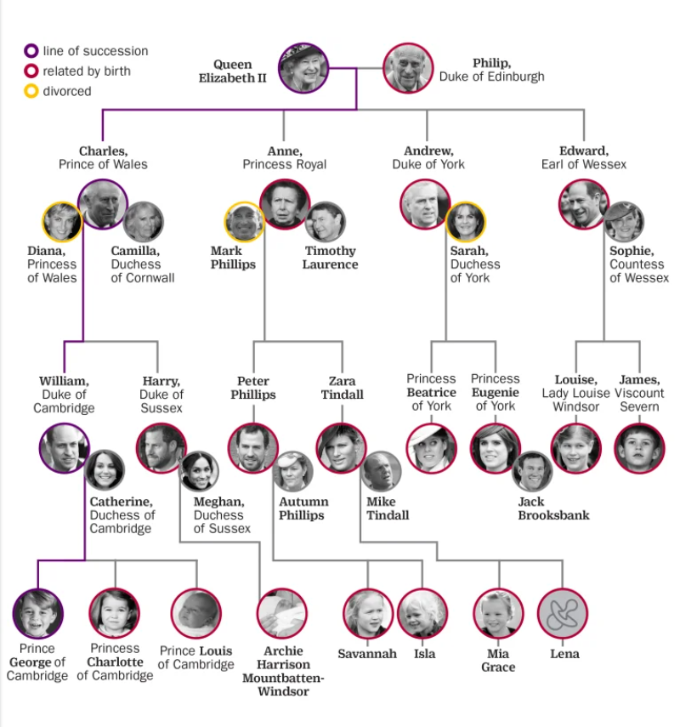 @dan_dassow​ I have a question about using @ in the title. Will the symbol, @ be rejected or fail to be recognized when using the poll creation tool?

FYI, the relationship and title notes will likely look something like this. 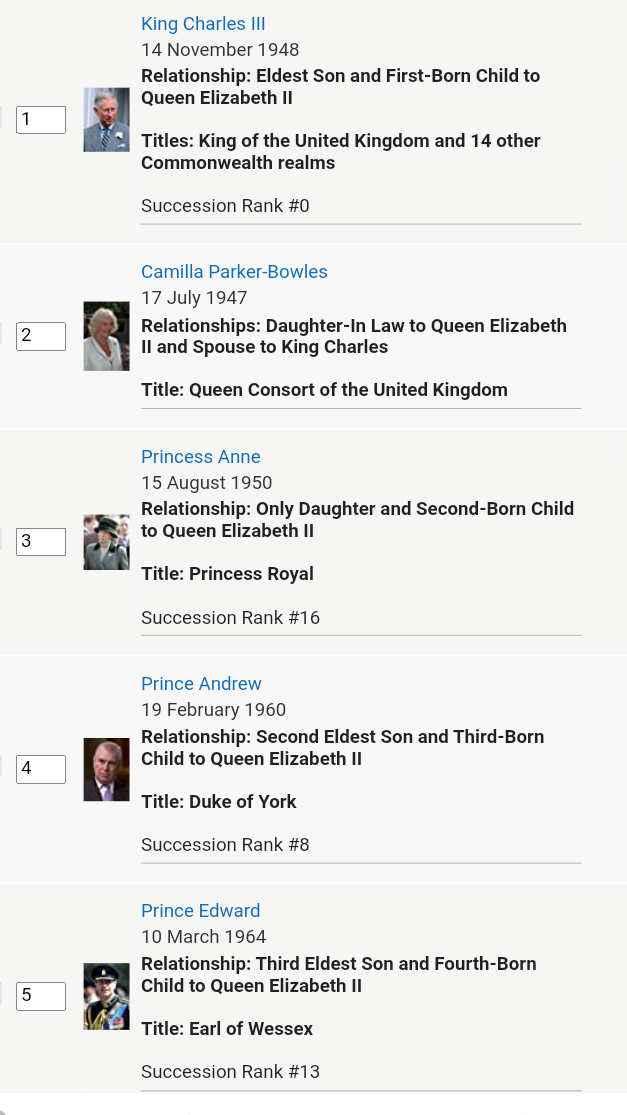 @dan_dassow​ Thanks, it should be complete now. I am omitting the #24 and #25 succession options, since the are not directly descended from Queen Elizabeth II herself. But, I am making note here.

The Earl of Snowdon Succession Rank #24 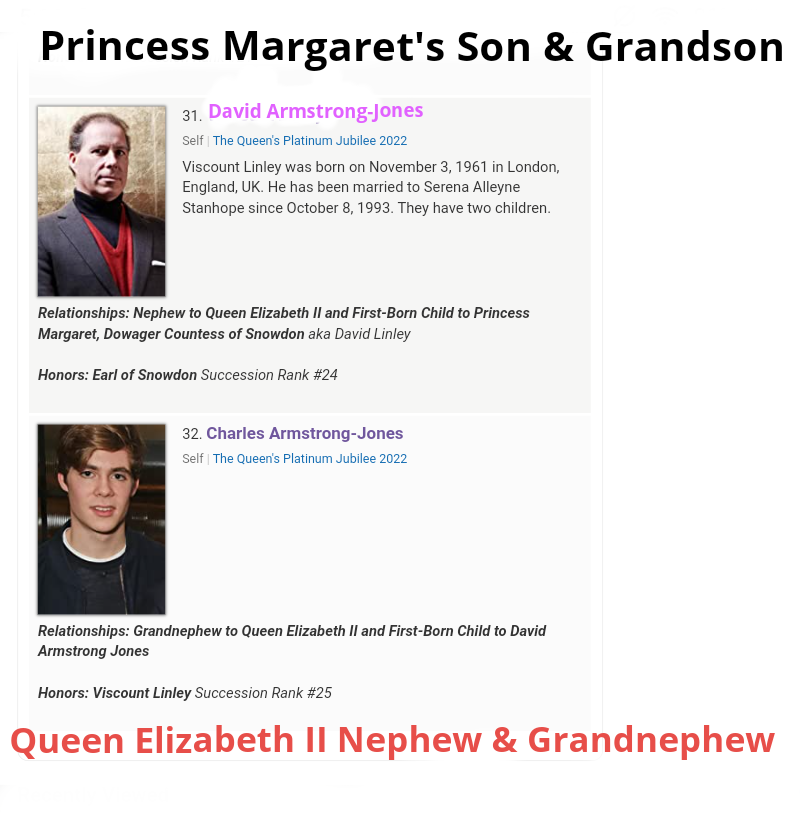 I clearly don't give a royal rat's tuchas but the Royal Family but Princess Beatrice's eyes?! Why did her PR manager use that photograph?! Those dead doll eyes?! That would give someone a heart attack if she came out of a dark, shadowy corner of a haunted house. Those eyes would be the first thing one would see before any other feature of her face and body. Utterly terrifying.

@Tsarstepan​ You made me laugh! The one I can't get over is royal Mike Tindell, who as a professional rugby player had his nose broken more times, than he has scored goals, and he scored a lot of goals (I exagerate). He actually denied getting a nose job. Check out the before and after pics to see if you notice. 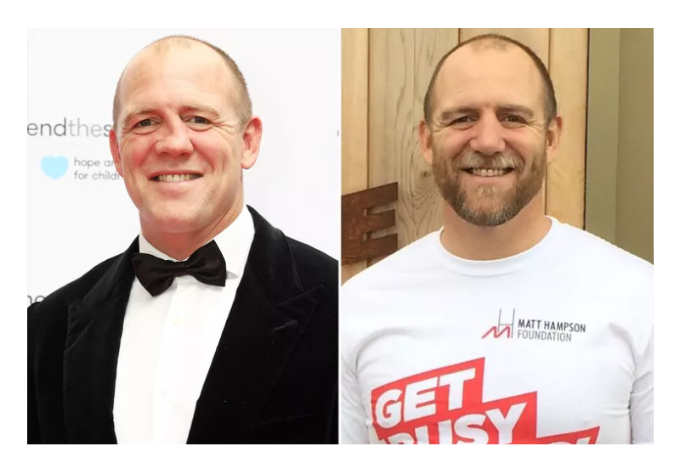 That's bad. Thought nearly the same than you. When you look at her other press fotos, she nearly always fletches her teeth and looks unnatural. I guess her entry image isn't that far from reality. I know that's bad, but I honestly think so. She does a show on nearly each foto:

QE2 also did sometimes, but there are also very natural images of her. For me it looks a little like Princess Beatrice want's to do like the Queen and frequently exaggerates. I say that without knowing her.

Even his broken nose looks decent and natural. He looks like a sympathetic guy. Visually he could be a cousin of Jason Statham. ;D 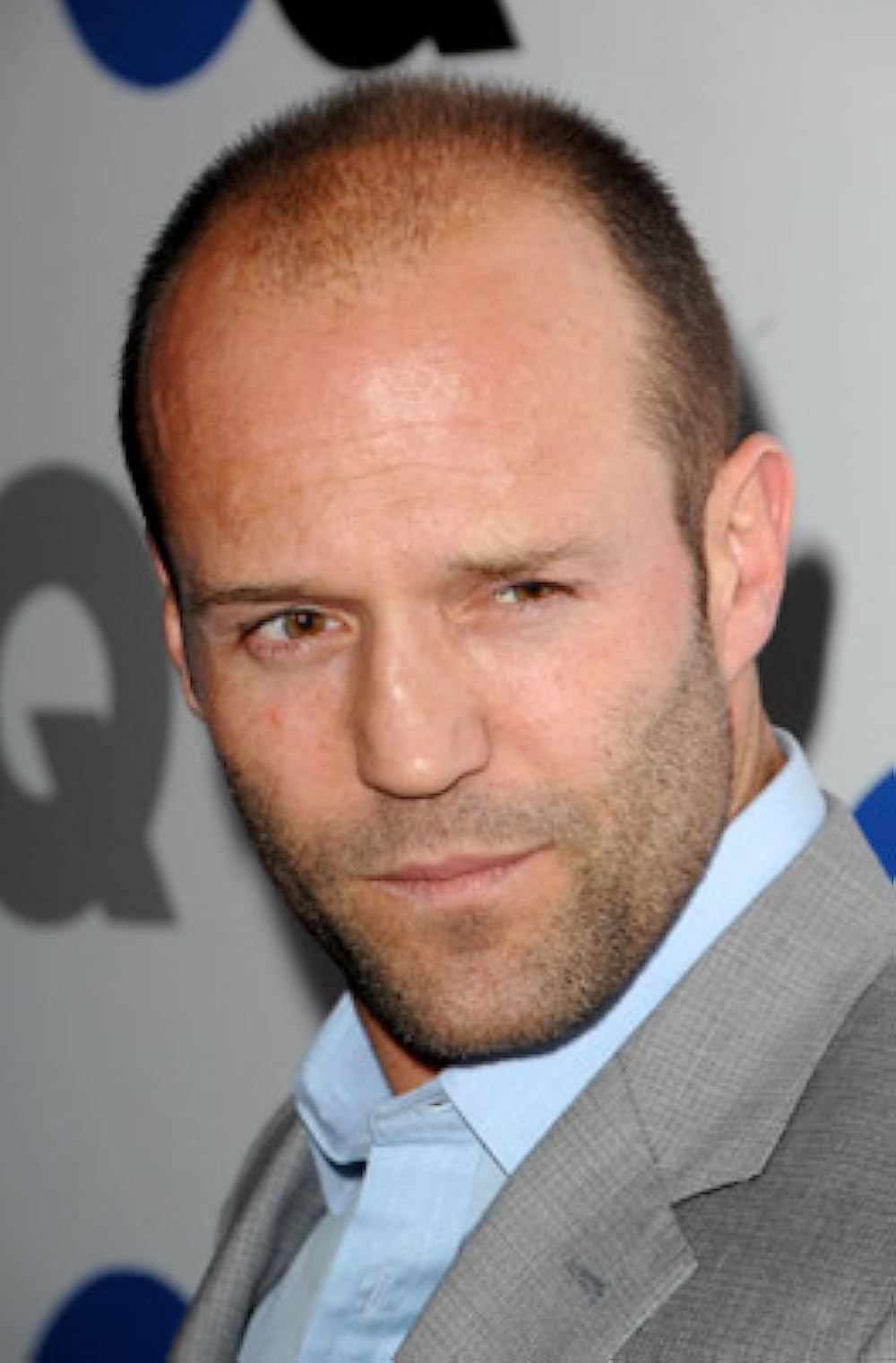 There is typo in following option:

Honoring Granny - QE2 Grandchildren Stand Vigil
* Interestingly, they are lined up in order of the rank of succession.
Queen Anne Grandchildren & QE2 Great-Granchildren 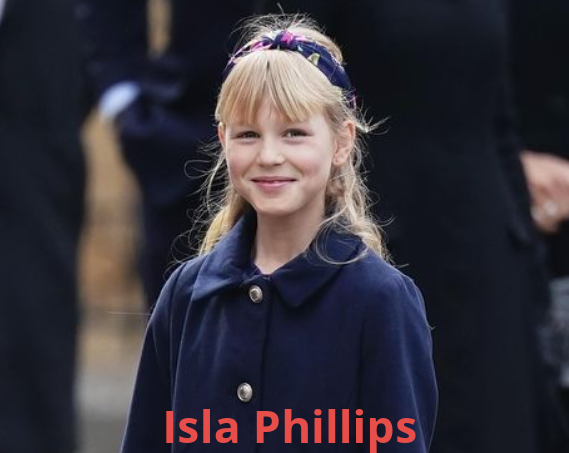 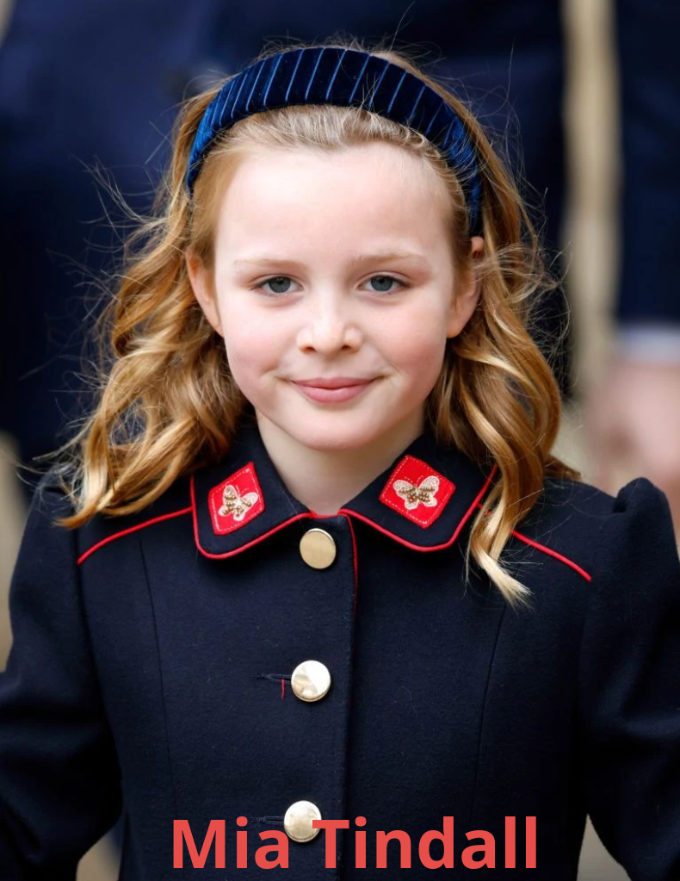 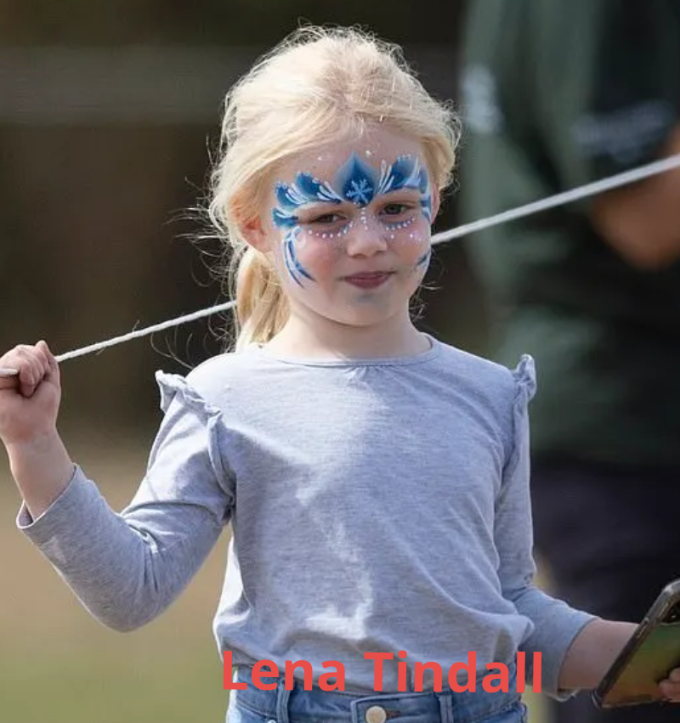 I really wonder whether any of these newly added people will receive a vote considering this poll only has 106 votes.

Lady Louise Windsor is legally a princess of the United Kingdom, as letters patent issued in 1917 grant all male-line grandchildren of the British sovereign the status of British prince or princess. This grants the option, but not the obligation, to use the title princess and the style "Her Royal Highness". Her parents opted to style her as the daughter of an earl instead, and she continued to use the style after her 18th birthday when the choice became her own.

Very cool, I like the fact that she is a princess, but doesn't feel the need to call herself one.

I can't be the only one that's sickened by the sight of these twats? 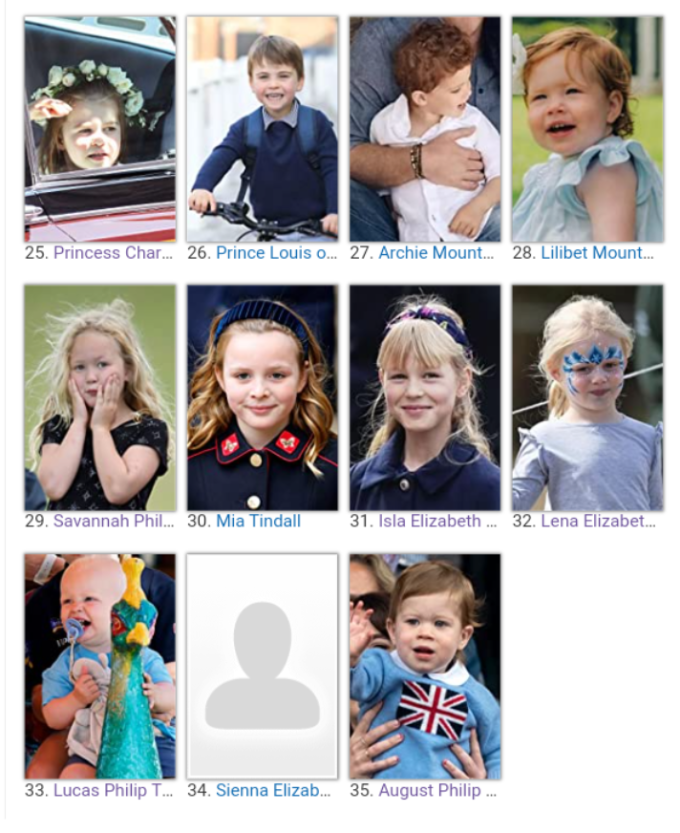