In your opinion, which director made the most impressive debut?

Nice suggestion, but the poll title and question that you wrote here should also be included in the list page. The list is used as the content of the poll.

And "directional" should be "directorial".

In order for your idea to become a poll, you need to add a discussion link in your list taking people back to this thread.

You can do this simply copying and pasting the code below.

@Pencho15 Thank you for helping me out!

I just noticed you have a longer text here in the thread that in your list.

If this is published, only the text on your list will be visible, so perhaps it is a good idea to include the whole text to give voters a context:

In your opinion, which director made the most impressive debut?

Or at least include the question so people can know what are they voting on, otherwise they'll simply pick a favorite.

Please also use this preferred  capitalization in your list title:

Congratulations Scorsese on your first poll.

Looking forward for more of your suggestions.

Congrats, and welcome to the poll board!

Now that your poll is live, you can edit the title of this thread to reflect that.

Please change "Poll Suggestion" to "Live Poll" and change the settings from Idea to Praise.

Congratulations Senator_Ivan_Alec. This is the first time your poll has been featured at IMDb Home Page (http://www.imdb.com) since July 28, 2015. 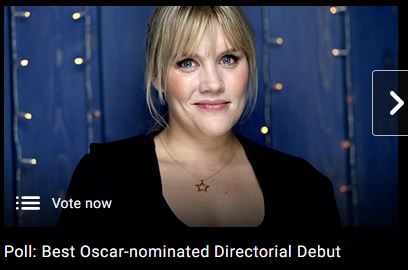