Live Poll: Whew! That Was Close, Another Near Miss

On March 23, 1989, Asclepius, a mountain size asteroid barely missed the planet Earth. It would have been the equivalent of 40 Hiroshimas and had worldwide catastrophic effects, if it collided with the planet. These occurrences happen more frequently than you would think, but happen less often than a Asteroid themed movie hitting the local cineplex. National Near Miss Day is March 23.

Which movie about a near miss or collision with the planet Earth is your favorite?

Seeking a Friend for the End of the World 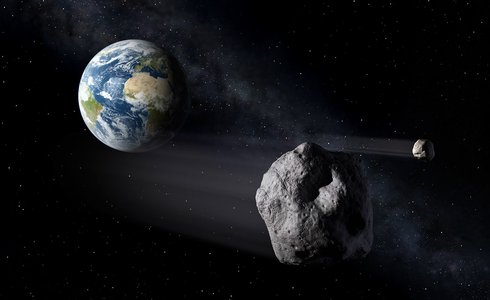 An illustration of a near-Earth object passing by Earth. Courtesy NASA/JPL-Caltech.

Space has plenty of room, as the term implies, but that doesn't mean it's empty. Quite the contrary, there is a fair amount of traffic within the vicinity of Earth. In 2016, the tally of known near-Earth asteroids and comets passed 15,000. As of 5 February 2017, 875 of these objects are of the possible kilometer or larger variety with an estimated 70 yet to be discovered, 157 of which are potentially hazardous. The inventory is much less complete for smaller objects, which still have potential for large scale, though not global, damage.