Live Poll: Things You Would Never Say To a Science Fiction Movie Character

What would be the most dangerously or awkward no-go appeal?

Movies, genre-tagged with science fiction, no tv-series, documentations, completely animated or animee. Image: Partly CGI and use of animations ok.

This is funny!! The 1st one and Demolition Man will probably get my vote.

I have some suggestions, you may change the quotes as you please. I think the movies are too iconic to be left out.

To Cobb: "Hey Cobb, do you mind giving me your totem? Please!".

To HAL: "I think your algorithm is not working, let me restart you" - P.S. you can just whisper, he can read your lips.

Thank you for suggestin, Brijesh. I avoided the characters you suggested, because I didn't find anything which is awkward or nasty enough to make it click in the head. I have several options, which are mediocre, compared to the top options. I would prefer a text that realy releases the *click*. So it's ok for me, suggesting these characters, but we might search for more nasty texts. Is that ok?

Sure. As you see fit. I came up with these in a hurry, but more thought can be given. :D

I made up some new lines and changed image #2, because when it is shrunk to poll-size, I can't dicsern anything on it. Sorry for that. ;) The new lines I made up, are not necessarily the best. If someone has a more cutting text, please write it here.

I tried something. I replaced your image of Cobb for a better effect. Is that ok for you?

That is all funny. You got better lines. It is what you called "Eiertanz" :D

The origin of "Eiertanz" is a kids play:

It is played on birthday parties. It's about transporting an egg on a tablespoon in a race against other kids. Then the kids on the other side have to take over the egg only with their empty spoon and transport it back. The first crossing the line wins. It's like a relay race with raw eggs on spoons.

But it became a similie for treating something careful and exact, while not loosing the object the action out of focus, but having interaction. That can be used in job, politics, anything where you step a thin line and have to manage something, mostly complicated jobs or tasks. It can be used in difficult diplomatic situation, when someone nails the complicated situation by a lot of smart interventions and thereby not upsets any fraction. Afterwards he/she can say: "Das war ein Eiertanz."

If there are no further suggestions, I'd consider this one as "Ready to go!". :D

I wouldn't dare to say "I'm singing in the rain, ..." to Mr. Alexander. After all that guy as Darth Vader working for him and forcing people to eat spaghetti XD. 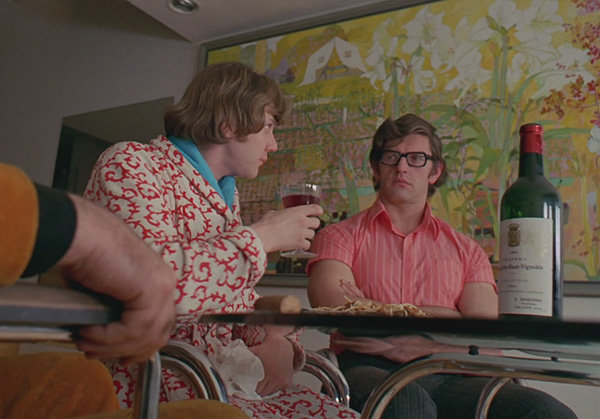