Which of these LGBTQ+ Superheroes is your favorite? 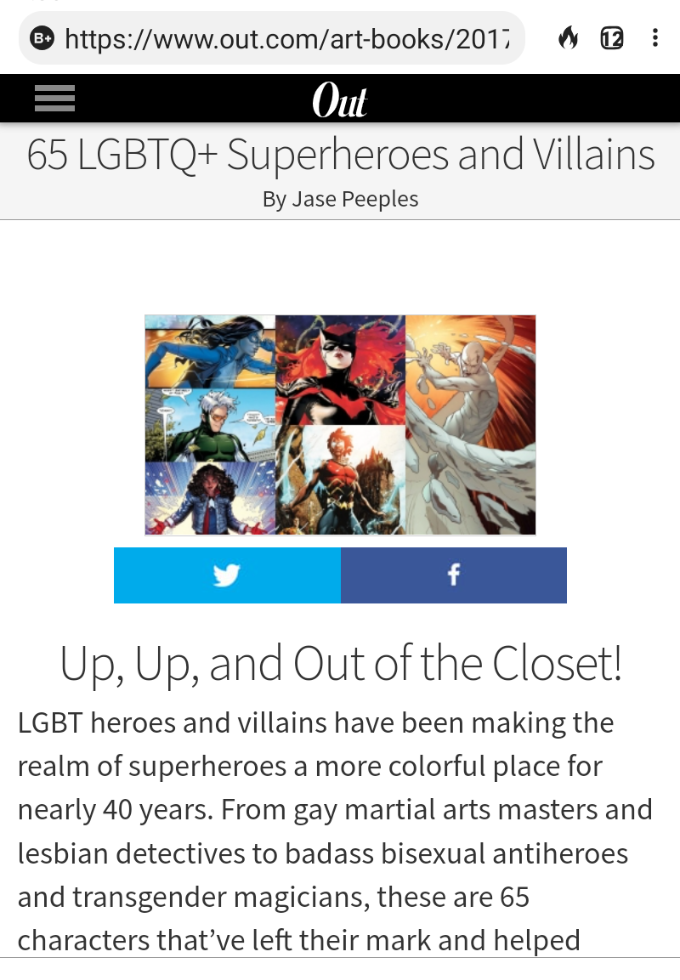 Congrats, I have suggestions, but your poll went live so quickly. 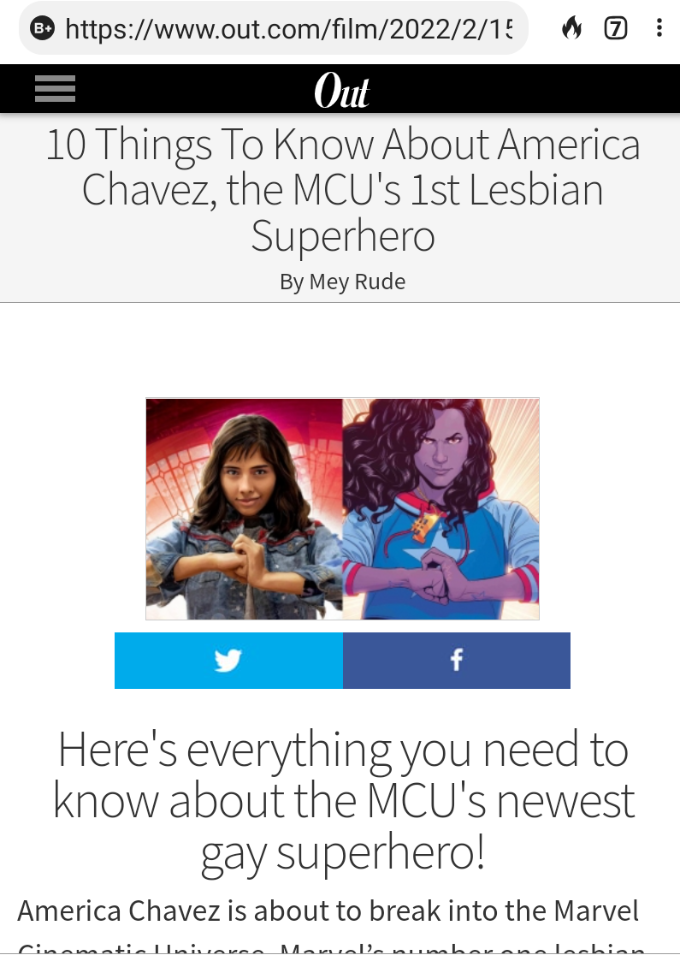 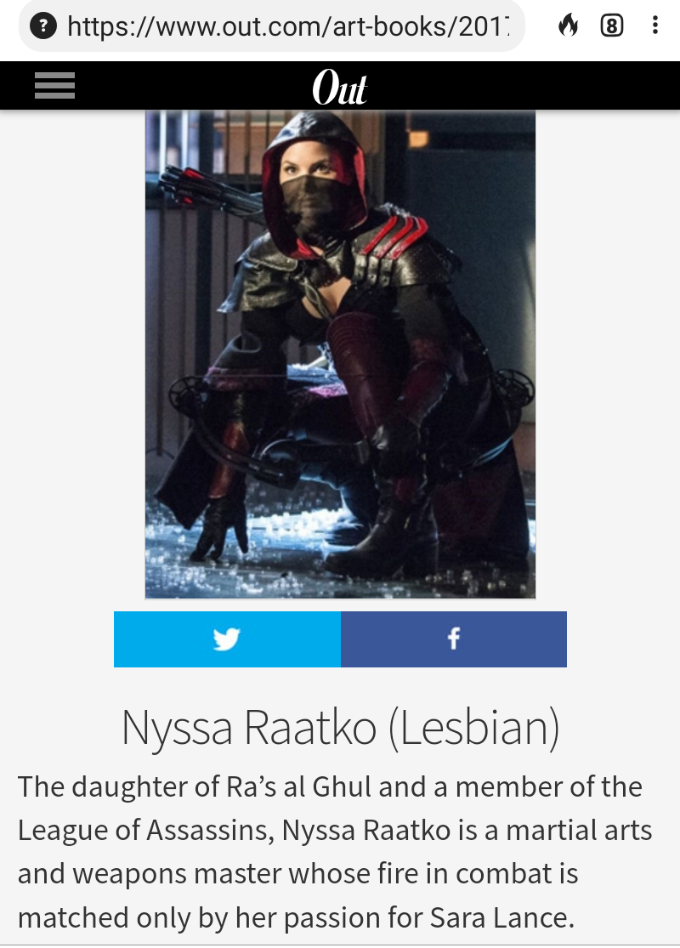 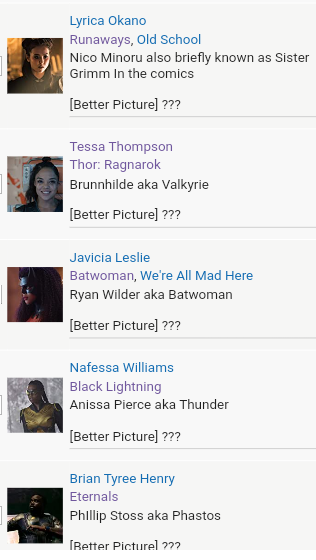 Thanks, I have added Wylde and Nyssa.

I forgot about Nyssa, and I haven't seen season 3 of Black Lightning so I was unaware of Grace Choi appearing.

I read about America Chavez being bisexual, but I didn't add her because I don't remember this being mentioned at any moment in Dr. Strange, so I can't be sure if this will remain as part of her MCU character. Only her mothers are shown as lesbians if I remember well.

Over the past ten years, she has been in a number of comic series and had her own comics from Marvel. Her sexual status is well-documented in print. I have seen her listed mostly as lesbian and once as bisexual on various websites. She also was featured for Pride month this year on the Marvel comics' website. 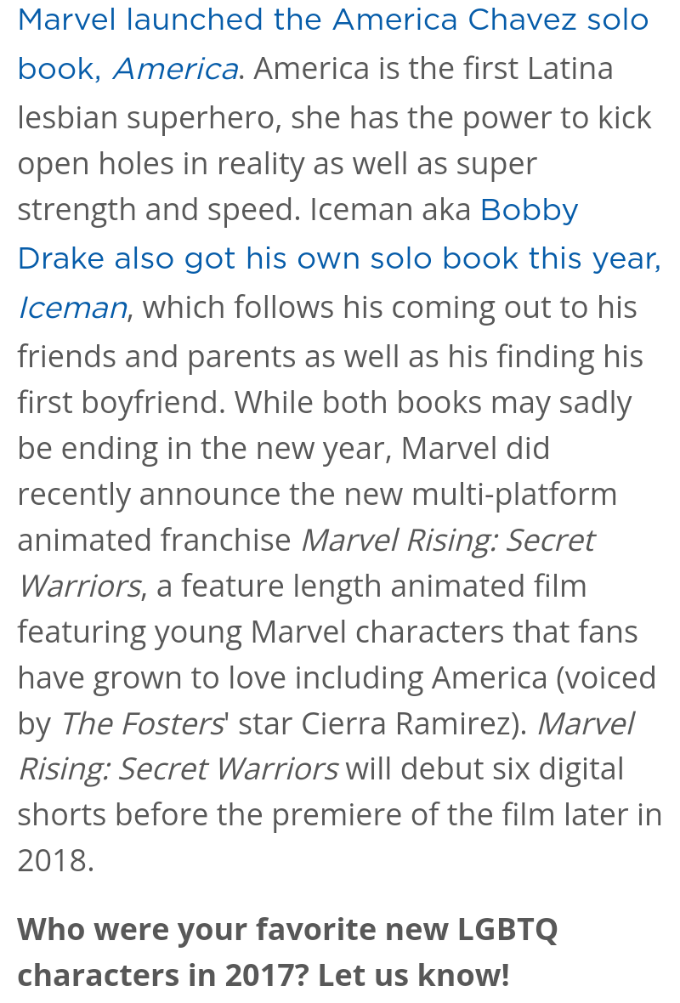 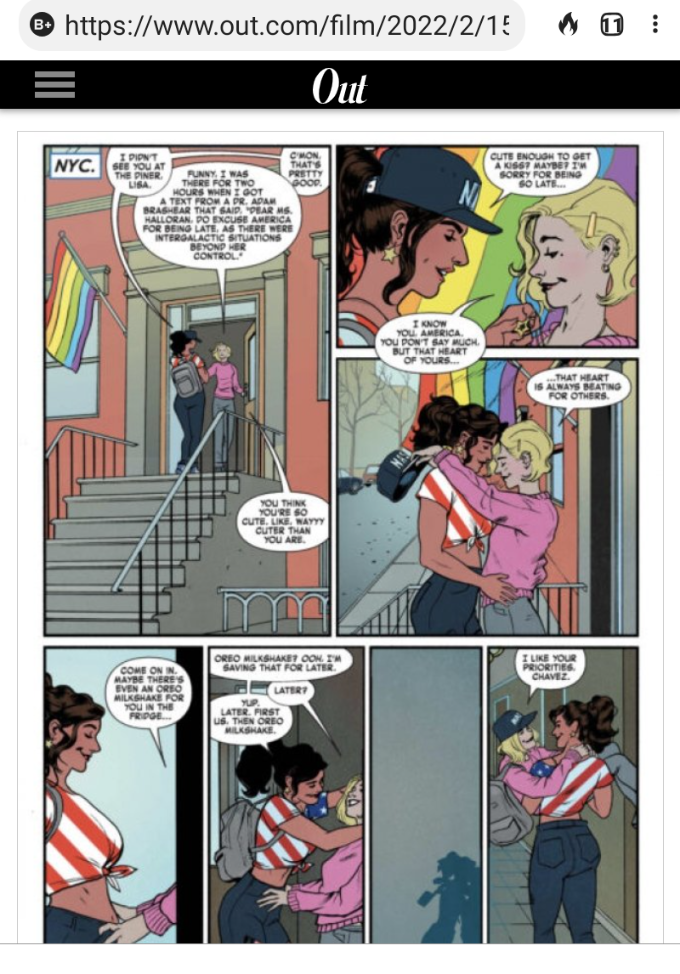 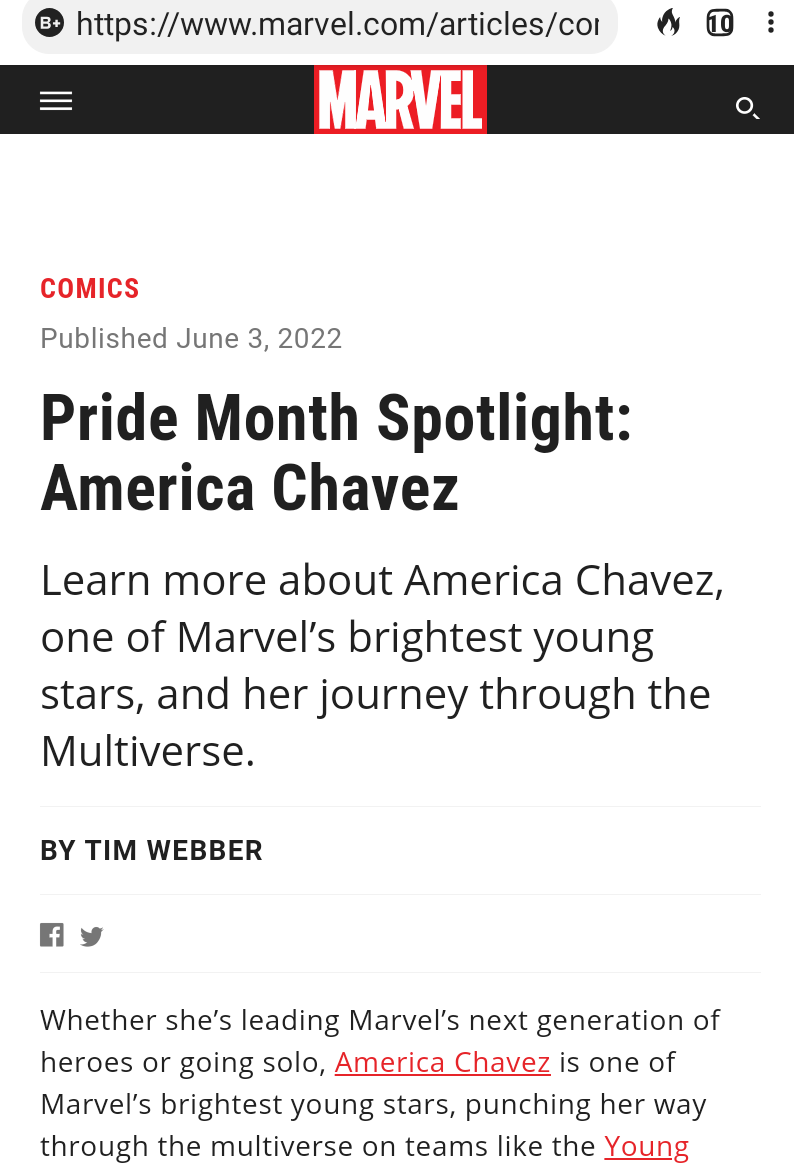 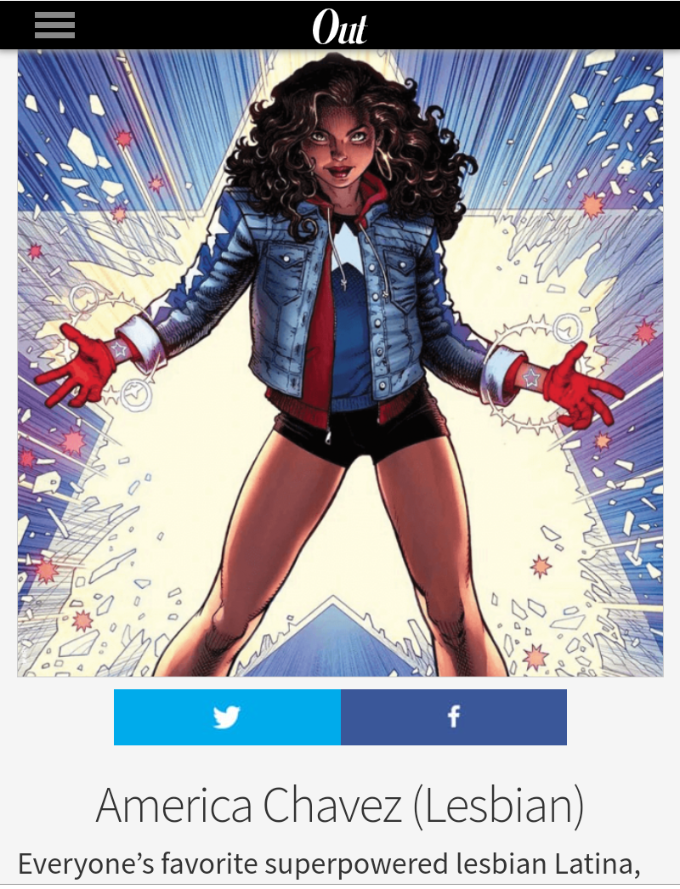 Meanwhile, Marvel/Disney has confirm her backstory status within the MCU. 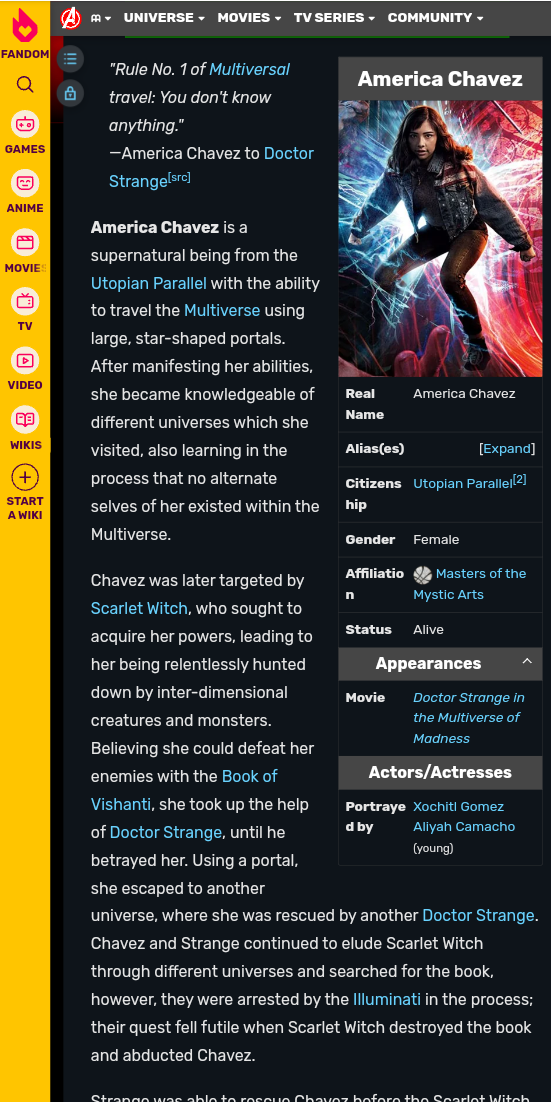 She has appeared in an animated webseries, a Disney TV movie and the Doctor Strange theatrical movie, so far. I don't think any of these really delved into her sexual status because of her age in all these titles (14 years of age in Doctor Strange in the Multiverse of Madness) and it's wasn't relevant to the storyline. Plus, while she is a notable member of the cast in all these titles, her character gets a limited amount of screen time to develop her character due to sharing screentime with with multiple other Marvel team members. 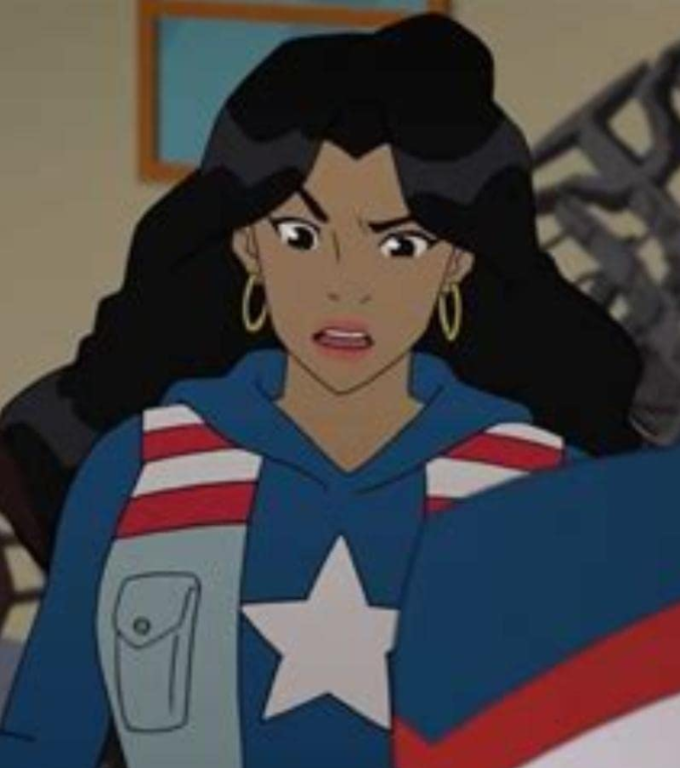 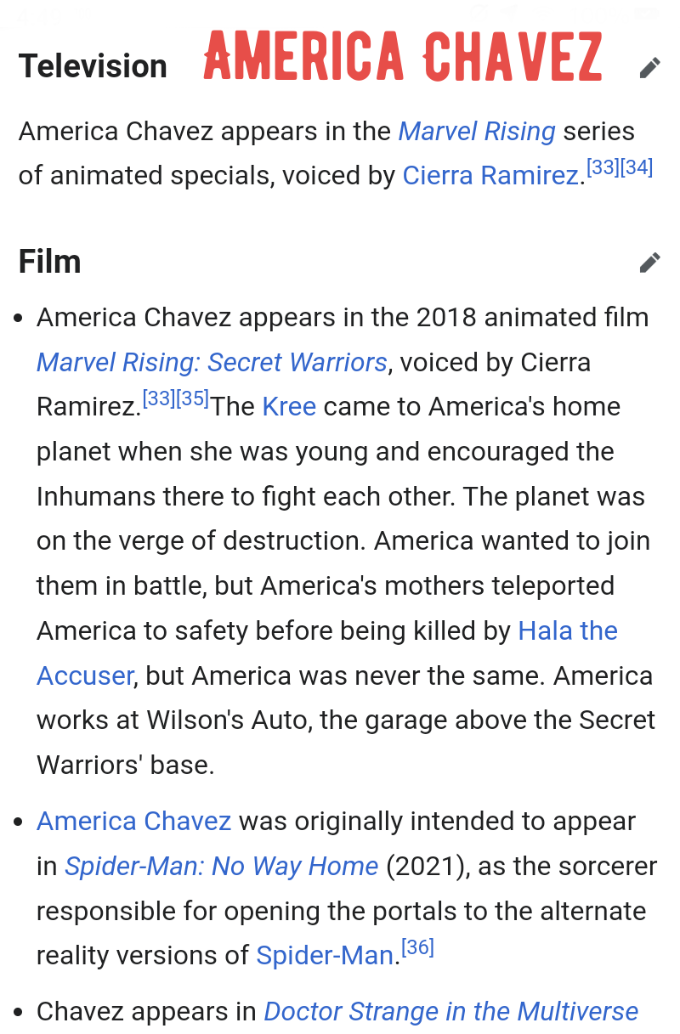 It seem like Marvel/Disney is setting the table for the actress, Xochitl Gomez (age 16), who plays America Chavez in the MCU to have own live-action movie down the road when she is older with a spot in the Phase 6 or Phase 7 lineups. Right now, the plan seems to be appearances as a supporting character in other MCU TV series and films. She was originally scheduled in appear in the most recent Spider-Man movie.

I can't imagine Disney/Marvel backtracking now on her backstory, as the backlash from the LGBTQIA+ and Latino communities would be severe. Plus, I would assume a targeted film to those two markets would be too lucrative to resist. The film would still appeal to a wider audience, as a novel and newer character that audiences would like to get to know. 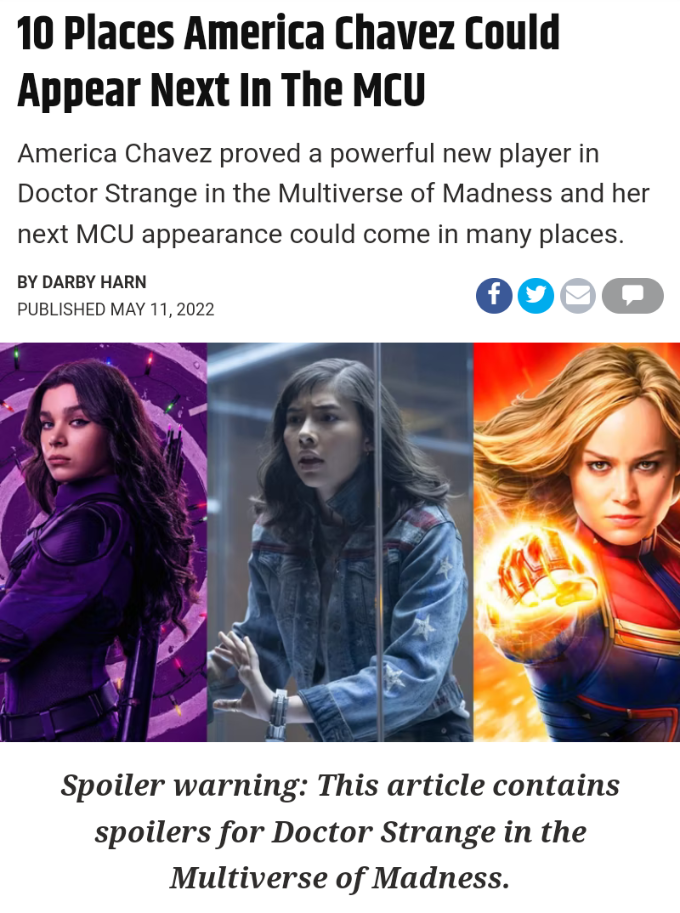 @urbanemovies​ I'm pretty sure her sexuality will eventually be mentioned once her character gains a bigger role in the MCU, as I don't think they would attempt to change something so important for her back story. I'll include her as soon as that happens.

I get it. Her rainbow pin is only concrete clue so far, as to her LGBTQIA+ status so far from the movie, other than Marvel's statement on the matter. As such, I would label it significant, but weak as proof goes. 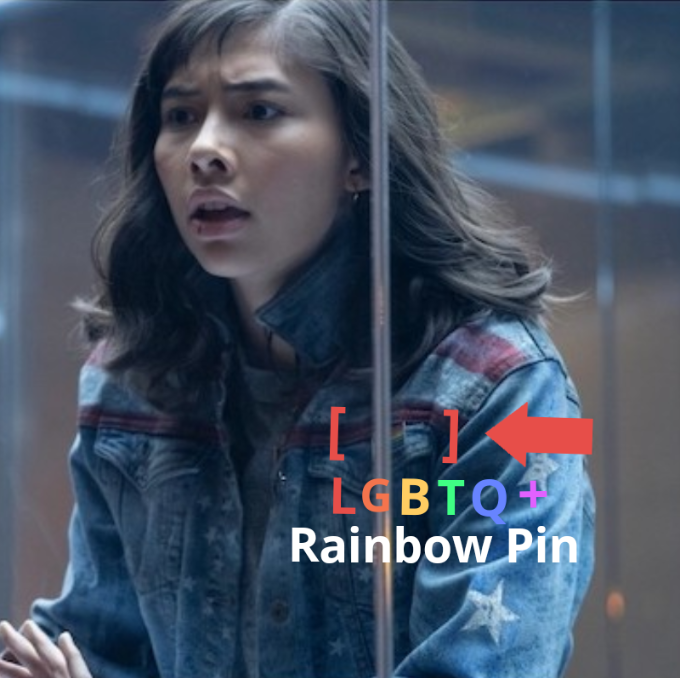