The Purple Heart medal celebrates its 240th anniversary on August 7th, 2022 and is America's oldest military award still currently awarded. Every August in the USA during National Purple Heart Month, Americans show their gratitude by honoring and remembering those who bravely suffered injuries or were killed while serving their country. The original Purple Heart military decoration was known as the Badge of Military Merit. General George Washington created the award in 1782 for meritorious service at a time when military awards given to enlisted personnel were rare. Today, the award acknowledges the physical sacrifice given to the nation and is awarded exclusively to military members who are injured or killed in combat, through an act of terrorism or by friendly fire. In honor of the sacrifice made by the nearly two million Purple Heart awardees, vote for your favorite Purple Heart awarded hero from those listed below and tweet it in support on the Twitter hashtag: #PurpleHeartDay.

Which of these individuals, whose story is featured in a biopic or a biographical television series and has been awarded a United States Purple Heart medal, is your favorite American hero? 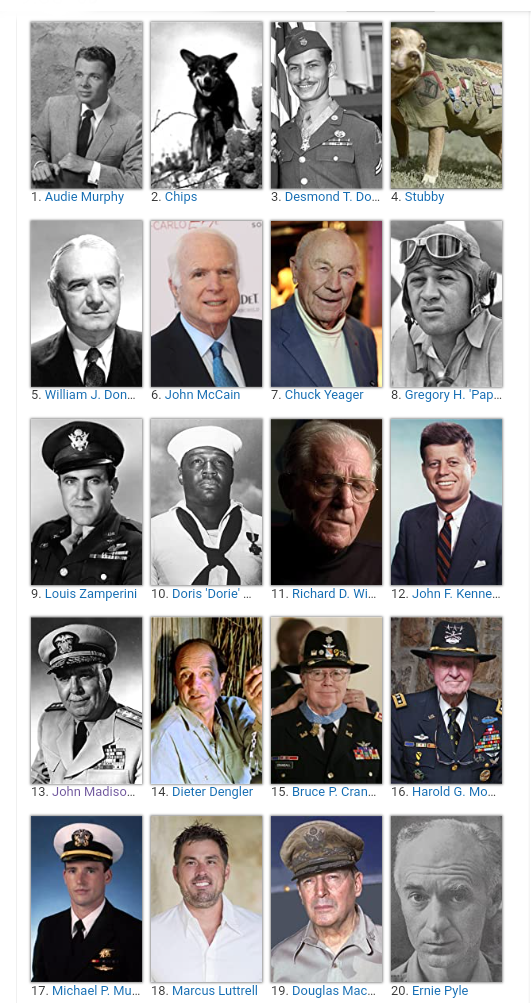 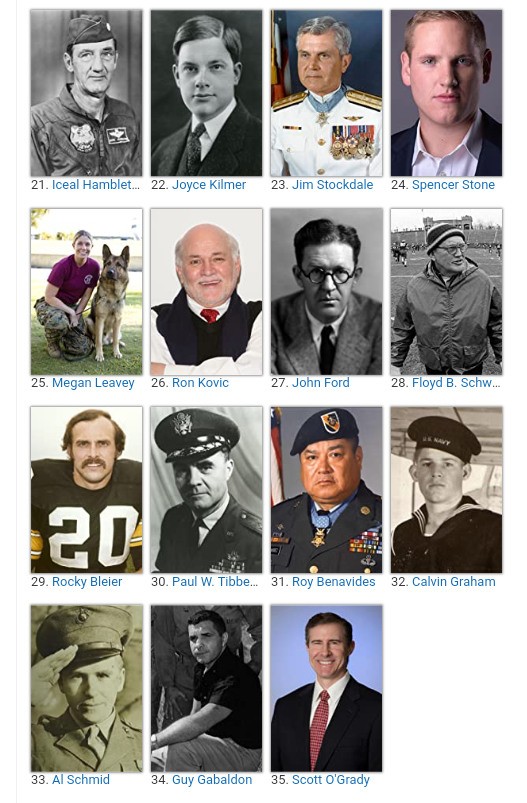 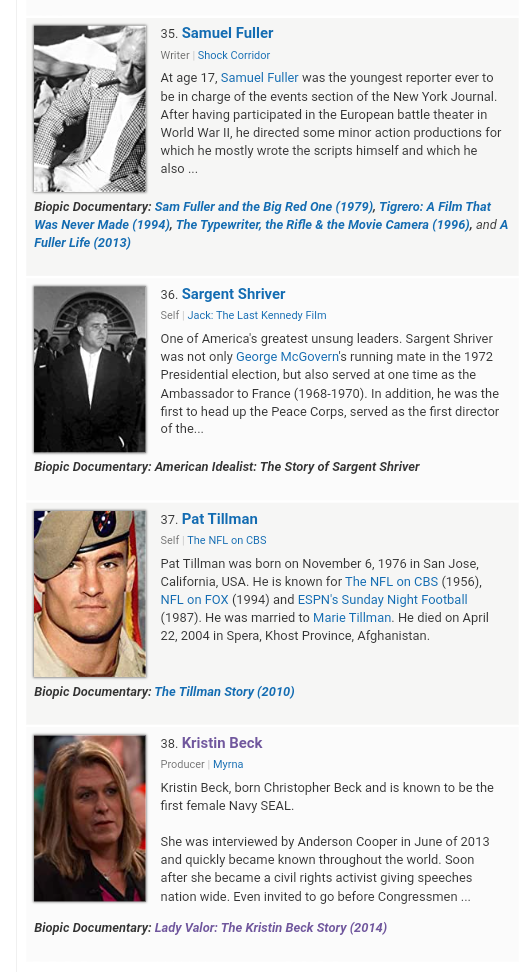 Biopic Movies But No Recipient IMDb Credits or Name Listing 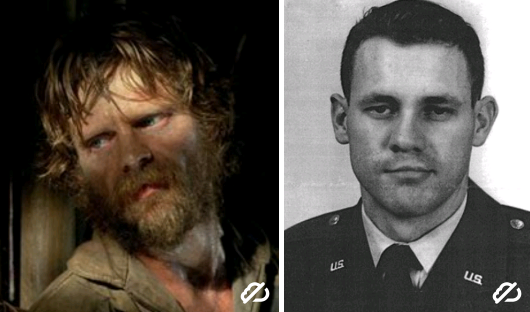 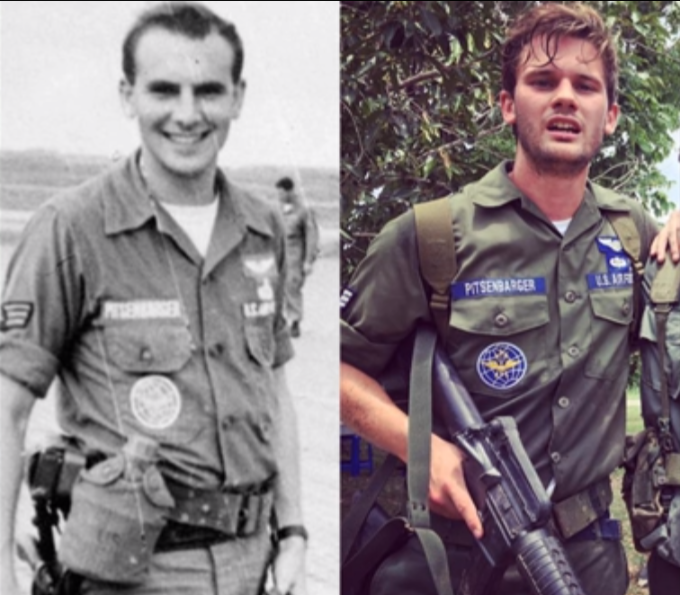 have been awarded a United States Purple Heart medal, is your favorite American hero?

@Jessica​ Thanks, it struck me odd sounding. I guess it must be one of those exceptions to the rule. Corrected.

Please correct this misspelling of "personnel".

General George Washington created the award in 1782 for meritorious service at a time when military awards given to enlisted personel were rare.

General George Washington created the award in 1782 for meritorious service at a time when military awards given to enlisted personnel were rare.

@dan_dassow​ Thanks, I corrected that misspelling. I need to be more disciplined and use the spell check and grammar check tools available online. Anyways, it should be 100% now, aside for waiting for a final image to be approved, but that should fill in nicely before or after the poll goes live.

Thank you for correcting the spelling of "personnel".

Your description is too long for the poll software and I am unable to push live at this time.

If you are around, please cut off some text. Maybe the links to the related polls (you can add them in this discussion thread instead) and I will try again.

@Pencho15​ Thanks, in hindsight I should have anticipated that. I keep looking at the length as it reads, instead of as the length with the actual uncompressed text. It was extremely long with the uncompressed hyperlinked related lists. It is now about 40% of the previous uncompressed length, since I removed that section. Try setting it up now, I would think the length should be okay to push the poll to be live.

@Pencho15​ Thanks, sorry for the extra work.

@mariojacobs​ Thanks, I do find it interesing. Your scope is broader and captures more notable actors. It actually was a lot harder than I thought to find people who qualified for this poll. I would suggest maybe a couple changes to tighten your suggestion up a bit. I will make them on the actual suggestion.

Urb, please remember to change this thread category from idea to praise.

@Pencho15​ Thanks, it is corrected now.