Audie Murphy (1925 – 1971) was an American soldier and actor. He was one of the most decorated American combat soldiers of World War II.

Audie Murphy received the Medal of Honor for valor that he demonstrated at the age of 19 for single-handedly holding off a company of German soldiers for an hour in France in 1945.

After the war, Audie Murphy embarked on a 21-year acting career.

Among these famous actors awarded medals for their World War II services, who is your favorite?

I looked up Sidney Poitier and didn't find any mention of a medal.

yes, actually I got the idea only because of Audie Murphy, then I google-searched the web for a corresponding site/article. He must be on the list. The article readers also agree that he is the most important Hollywood real war hero...

I included in the text the following note:

I think in the comments there is interesting information.

But if you want I can remove the actors mentioned only in the comments.

Poitier I got from the reader's comments: 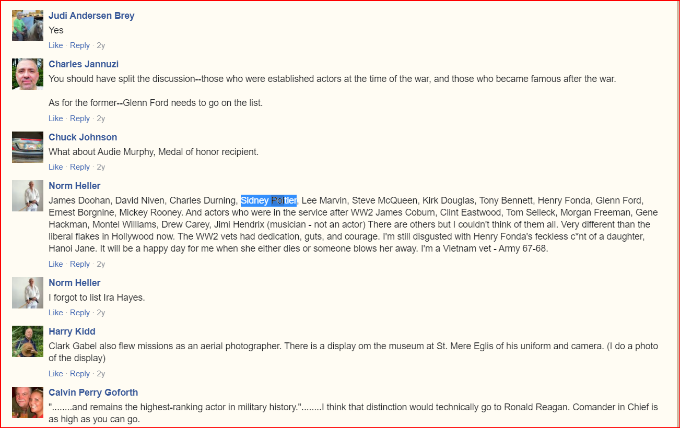 James Doohan, Scott from Star Trek original series, lost a finger in combat, you can see here, I uploaded this image to the gallery

and here, I also uploaded this image

​I like your question because it allows more people to be recognized by being broader in scope: first by qualifying with any medal award (instead one exact medal) and second by being more international and not focusing on just the USA. I would take advantage of that since a lot of eligible males and some females put their careers on hold to fight in the World War 2. Even though, some actors spent the war entertaining the troops, while others filled more front line positions and another segment served in other support or stateside roles, the answer pool still is huge. However, as asked: Among these famous actors awarded medals for their World War II services, who is your favorite? it is a bit confusing to me.

1) Also, your pool seems one-sided, are you going to include any German, Italian or Japanese actors?

2) Does it have to be multiple medals or can it be one?

Maybe asking medal(s) would be better?

3) How do you define a medal award for the purpose of this poll suggestion?

4) If it is the broadest definition of a medal, what is the point of asking that?

When it seems just everyone that serves leaves with a medal, award, decoration or badge of some kind? That combined with a lot actors serving, It would just be easier to ask: which actor who served during WW2 is your favorite?

I would challenge the assumed presumption that getting a medal makes you a hero.  For instance, a badge would indicate a proficiency in a certain skill. A group citation medal or award would indicate simply a collective accomplishment. A service medal indicates a specific type of service. I am not sure these types of recognition, automatically qualify someone as a hero. For example, does getting a good conduct medal qualify you as a hero? If you didn't get into any trouble for three years with no court martials, no disciplinary infractions, non-judical punishment you would get a medal?  In wartime, it only one year, so by keeping you head down and doing your job you earn a medal. It doesn't seem like a high bar. 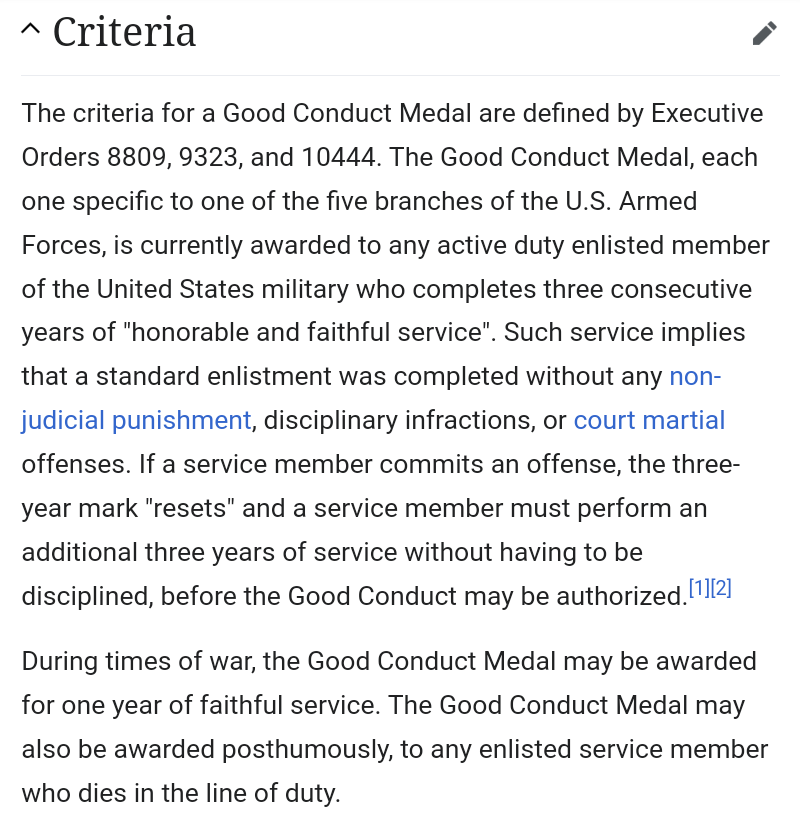 At least, campaign medals indicates service in a certain wartime theater of operations. Although, being in-country or in-combat is a matter of being somewhere at specific time. I think anyone who does that is hero through their service. Medals that you can get for showing up, like completing twenty bomber missions, submarine duty or even being part of convoy are even more heroic in my book. It takes some luck and a lot courage to do any of those, knowing in advance that the odds are stacked against you and that most who served in these specialities didn't survive the war. FYI, the armed service that had most U.S. casualties in WW2 was not the Marines (as I first guessed) or even the Army Air Corps, but the Merchant Marine. For the German military, U-boat service had a 75%+ death casualty rate.

I think your target type of medal in this poll should be those that are "personal military decorations." The medals that fall into this category are given for heroic exploits only. I think if you look closer at Audie Murphy's record, you will see this category is the one where he was recognized for his heroic exploits. Plus, it will give you a good idea what type of hardware is being awarded and for what reasons (see link). https://en.m.wikipedia.org/wiki/Audie_Murphy_honors_and_awards

I will make some suggestions for specific actors or actresses that belong on this list on another post once you define medal for the purpose of this poll. But, I think you can improve the quality of your answer pool by adding bigger name actors and medals that were given specifically for a heroic action and still have a large pool to choose from. I would reccommend leaving the broad scope, but with the personal military decorations stipulation. I think this can be a great poll suggestion and a very interesting one, since a lot people don't know about the specifics of these actors war service. I also would suggest listing their specific personal military decorations in the notes at each answer slot to capitalize on that information to make the poll more interesting and create more "I did not know that" moments.

@urbanemovies​ thank you for your insight, but I want to keep the text as simple as possible, not too complex. I wish to keep it just for mere entertainment and true to the source material:

for now I will keep the Axis Powers out of the list... 😁

@mariojacobs​ I am not sure what medal Sidney Poirier got, but I would argue his military service was not heroic. 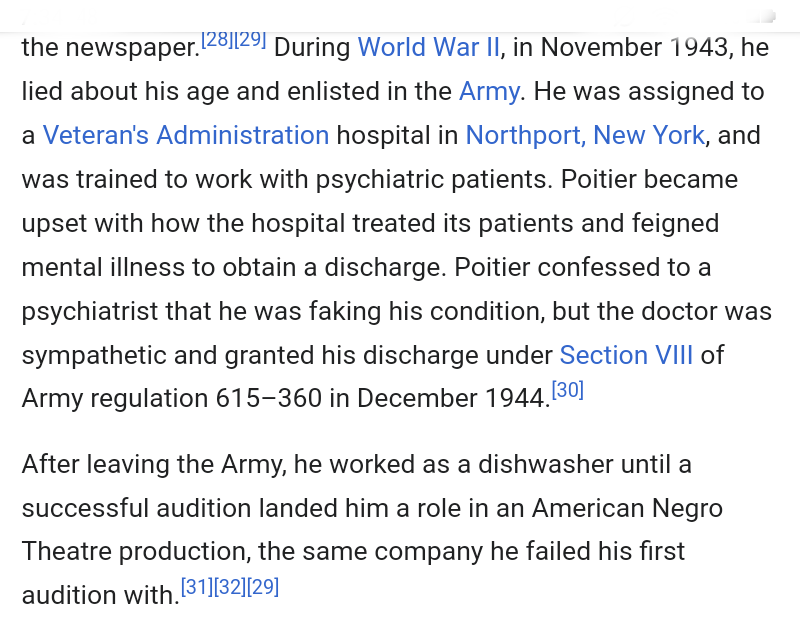 ok, thanks, I excluded him.

Curiously, that web page had the reader's comments section, they removed it.