These movie and TV characters are members of an exclusive club, all are real-life recipients of the Congressional Medal of Honor, the Congressional Medal of Honor for Space or a similar award for aviation or exploration achievements. These characters earned their medal for actions in real-life and those stories have been retold on-screen as a compelling Hollywood movie or TV series.

Which movie or television character portrayal of a real-life Medal of Honor recipient or a similar awardee* is most worthy of commendation?

* Congressional Medal of Honors for Space, Aviation and Exploration achievements
* Billy Mitchell and Chuck Yeager medals have been included due to their medal award by an act of Congress, the medal's equivalent status and the similarity to other pioneering peacetime Medal of Honor awards of Floyd Bennett, Robert E. Byrd Jr., Adolphus W. Greely and Charles Lindbergh.

Thanks, I was able to add three more "Real-Life Medal of Honor" characters to the list and two more movies to "True Story Medal of Honor Action Movies". Your help is much appreciated.

I wasn't able to verify two Medal of Honor recipients that instead received the next highest Military combat award, the Distinguished Service Cross for their actions.

Yeah. I just came here to edit that post. Sorry.

I am just happy to add the three, no biggie. Both were nominated for Medal of Honors, just not approved and awarded. Hence, the DSC awards instead. The three you recommended are pretty heroic stories, I was glad to add them.

In addition to Floyd Bennett, Richard E. Byrd, Jr., Adolphus W. Greely and Charles Lindbergh Medal of Honor awards. Col. Billy Mitchell and Chuck Yeager, both received medals for achievements on par with those four Medal of Honor recipients. They have been included due to their medal award by an act of Congress and stated medal's equivalent status and ambiguity of award. Likewise, Congressional Space Medal of Honors for Jim Lovell, Neil Armstrong, Alan Shepard, John Glenn and Virgil 'Gus' Grissom have been included.

These are two of the all-star True Story Medal of Honor portrayals on tap for 2018. 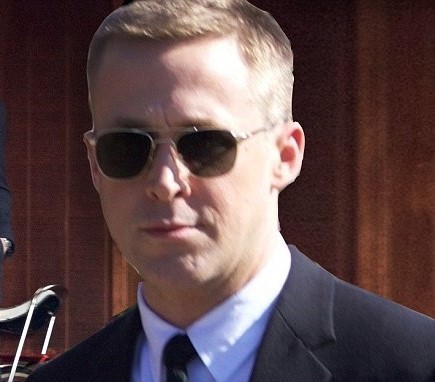 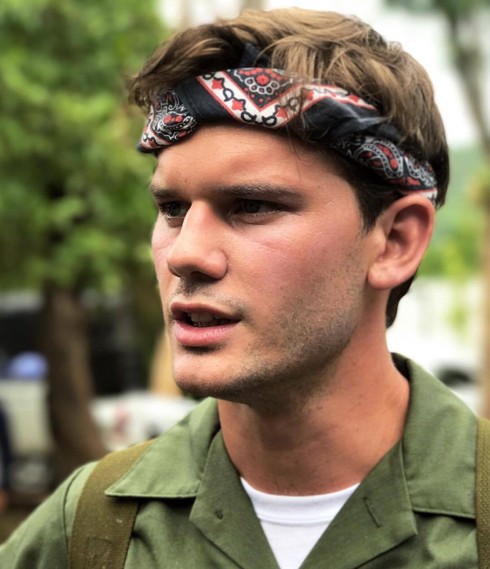 On 8 September 2018, it was announced that Roadside Attractions had acquired the distribution rights to the film, The Last Full Measure  and indicated a likely early 2019 wide release.

Medal of Honor Day is celebrated each year on March 25th.

The four chaplains were lieutenants in the United States Army: Rev. George L. Fox (Methodist), Rabbi Alexander D. Goode (Jewish), Rev. Clark V. Poling (Reformed Church in America) and Fr. John P. Washington (Roman Catholic). In late 1942, the chaplains were transferred to Camp Myles Standish in Taunton, Massachusetts, and attended Chaplains School at Harvard University. In January 1943, the chaplains embarked on board the SS Dorchester, which was transporting over 900 soldiers to the United Kingdom via Greenland.

On February 2, 1943, the German submarine U-223 spotted the convoy on the move and closed with the ships, firing a torpedo which struck the Dorchester shortly after midnight. Hundreds of men packed the decks of the rapidly sinking ship and scrambled for the lifeboats. Several of the lifeboats had been damaged and the four chaplains began to organize frightened soldiers. They distributed life jackets from a locker; when the supply of life jackets ran out, each of the chaplains gave theirs to other soldiers. When the last lifeboats were away, the chaplains prayed with those unable to escape the sinking ship. Twenty-seven minutes after the torpedo struck, the Dorchester disappeared below the waves with 672 men still aboard.

In 1957, The American Legion, at their 39th National Convention in Atlantic City, passed a resolution asking Congress to award the Medal of Honor to the Four Chaplains however, criteria for the Medal of Honor included "combat with the enemy." The special medal — intended to have the same weight and importance as the Medal of Honor was approved by the Senate in 1958,and by the House in 1960.

The rescue of the survivors of the shipwrecked Pendleton is considered one of the most daring rescues of the United States Coast Guard. All four crew of CG-36500 were awarded the Coast Guard's Gold Lifesaving Medal (rather than just the captain, the typical treatment). Coxswain Bernard C. Webber, EN3 Andrew Fitzgerald; SN Richard Livesey; and SN Irving Maske, U.S. Coast Guard, stationed at Coast Guard life boat station Chatham, Massachusetts, for the rescue of 32 crewmen of the T2 tanker SS Pendleton on February 18, 1952. This rescue is depicted in the 2016 movie The Finest Hours.

I really like this poll. 'Tough choice, though, but maybe Chuck Yeager, played by Sam Shepherd. 'Good ones. May I suggest one small edit to the intro: (just a colon or semi-colon, instead of a comma, after "club".)These movie and TV characters are members of an exclusive club: all are real-life recipients of the Congressional Medal of Honor, the Congressional Medal of Honor for Space or a similar award for aviation or exploration achievements. These characters earned their medal for actions in real-life and those stories have been retold on-screen as a compelling Hollywood movie or TV series.

Congressional Medal of Honor is used to be more specific, as other countries and organizations have their own version of the Medal of Honor,(ie France's Legion of Honour, UK's Victoria Cross) Some have a different name, others have a name that is quite similar. As this poll is intended for a worldwide audience being distributed on the worldwide web,  the more descriptive term is used to differentiate with the 195 countries worldwide . You are correct, according to Wikiepedia the official name of the current award is "Medal of Honor."[1][6] Within the United States Code the medal is referred to as the "Medal of Honor",[7] and less frequently as "Congressional Medal of Honor".[8] However, use of both terms is acceptable. The Congressional term is also intended to even out the inequities caused by changes in qualifying actions and controversial distributions that have occurred over time. This is done by encompassing like circumstances from non-combat awards for other movie portrayals.Therefore, the Medal of Honor awards of Floyd Bennett, Robert E. Byrd Jr., Adolphus W. Greely and Charles Lindbergh are put on the same level as Billy Mitchell and Chuck Yeager medal awards by an act of Congress, Likewise, Congressional Medal of Honors for Space, Aviation and Exploration achievements have been included; as they seem to have been awarded for reasons no different to the aforementioned early peacetime exploration Medal of Honor awards.As the Medal of Honor was commonly given often for non-combat lifesaving from drowning, especially prior to World War Two. Plus, other instances of non-combat awards were not unusual. Both, when combined represent a large percentage of Medal of Honor recipients. Therefore, the same argument would qualify the Congressional Four Chaplains' Medal as an equivalent award. The four chaplains were Rev. George L. Fox (Methodist), Rabbi Alexander D. Goode (Jewish), Rev. Clark V. Poling (Reformed Church in America) and Fr. John P. Washington (Roman Catholic). Each of these lieutenants in the United States Army would have received the Medal of Honor had their combat actions happened prior to the Great War.  The Four Chaplains: Sacrifice at Sea (TV Movie 2004)Another possible equivalent the Coast Guard's Congressional Life Saving Medal. 193 men earned the Medal of Honor for similar actions during peacetime  Most medals were awarded to members of the United States Navy for their actions during boiler explosions, man-overboard incidents, and other hazards of naval service. The actions as depicted in The Finest Hours (2016) would seem as medal worthy had they happened as members of the Navy, rather than Coast Guard. Maybe, even more worthy when considering the actual circumstances.
Joel McCrea portrayal of “Buffalo Bill”  is listed in option #13 as duplicate portrayals have been consolidated to a single answer option. 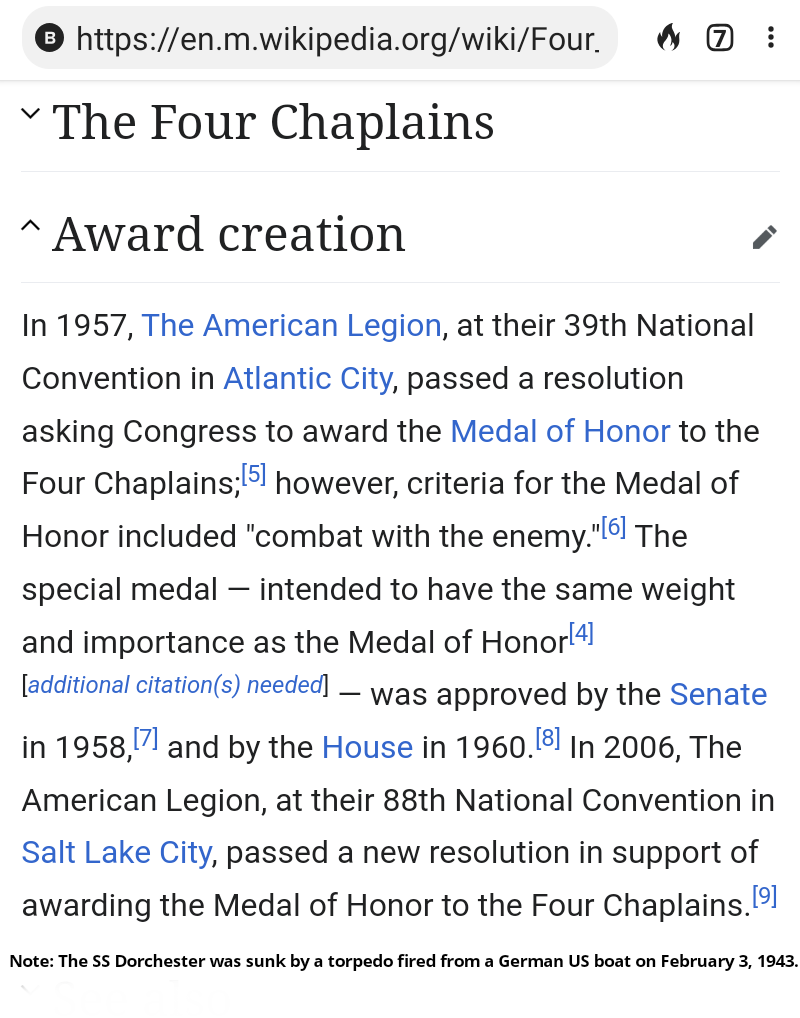 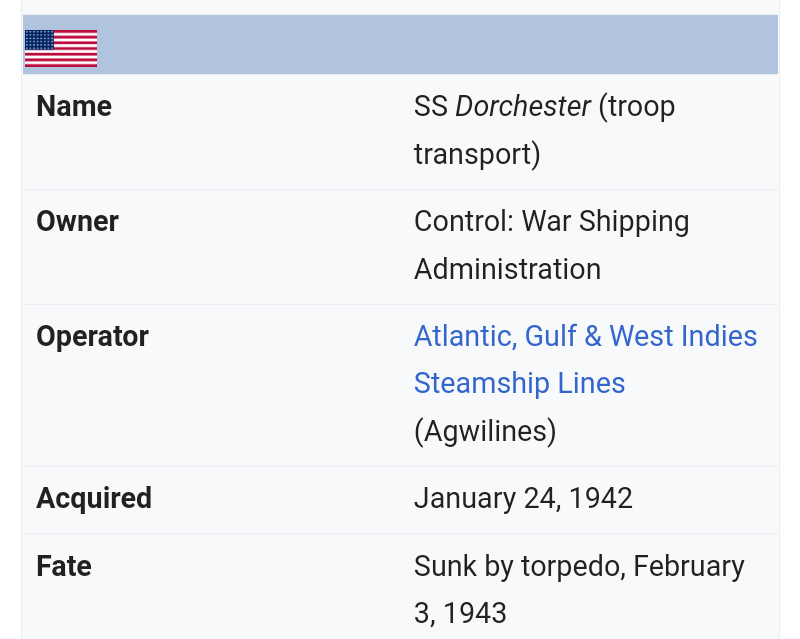 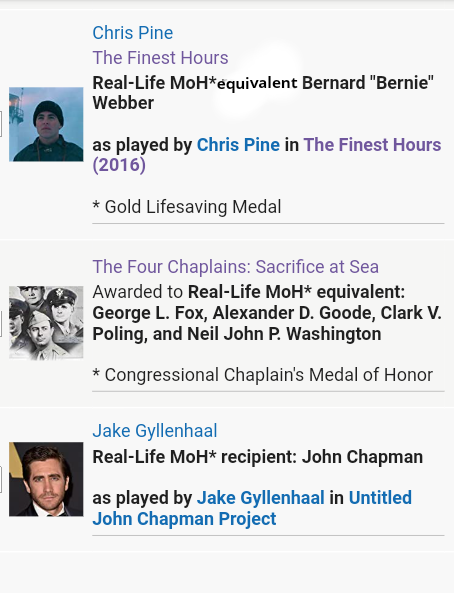 The intention of recognizing equivalent actions or awards is to level the playing field. The criteria for the Medal of Honor has changed over time resulting in some seemingly less exceptional and notable actions being recognized by a Medal of Honor including rescue life-saving. This was especially true during the Civil War when no other military decoration was authorized to recognize less notable heroic actions. 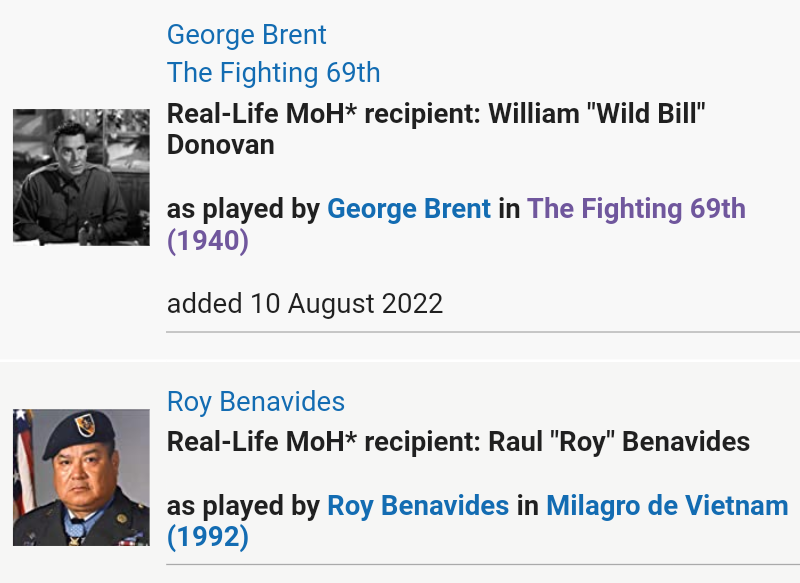