Which 'Planet of the Apes' theatrical franchise human character do you most go ape over?

I'm gonna have to vote for MacDonald.

Armando is my second choice, I almost went with him but I decided that MacDonald was more complex and allegorically critical in the franchise.

Thanks,. Tough choice between the two. I hear your vote. I am having difficulty finding images for Don Baker's Govenor Breck and Hari Rhodes' MacDonald.

I'm re-watching all of the movies/series before I see War, so it's fresh in my mind again.

For a second I confused myself and thought that instead of being brothers it was the same character, but recast. But yeah, they're separate people.

Thanks, me too.
I think the IMDb credits and "official" credits where both are credited as Hari Rhodes' MacDonald and Austin Stoker's MacDonald is intentional and helps foster that confusion. 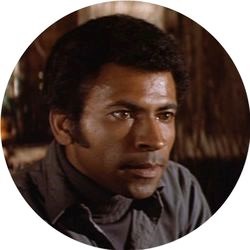 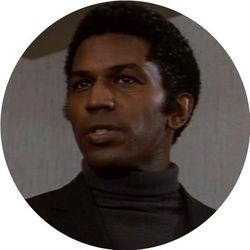 Thanks, for highlighting that the MacDonalds were different again.

FYI
I will look to add the Malcolm MacDonald option. I have had a number issues both with pictures available on IMDb. and finding correctly sized images for most of the characters online for this poll. In the two Hari Rhodes images on IMDb, he is on the edge of the image and isn't even visible in the frame when placed in a poll. I finally found a decent image for him, I should be able to add him as an option in a couple of days.

I created a character page for him just today actually, but I had trouble finding a decent picture of him too.

I just submitted a picture to the Conquest page, though there's a chance it'll be a little blurry (I had to size it up so IMDb would accept it).

Thanks, We weren't the only confused. Someone had re-assigned his old character number to the other MacDonald, thinking the two MacDonalds fom the Planet of the Apes were the same character.

Here is the explanation how MacDonald intended as one character became brothers from the PoA wikia.

Early scripts for Battle for the Planet of the Apes featured MacDonald as the same character from Conquest, but actor Hari Rhodes wasn't available for filming at the time. Instead, the role was given to Austin Stoker - playing his brother - who was apparently a last-minute replacement. Stoker met producer Arthur P. Jacobs & director J. Lee Thompson on 31 December 1972 and was on set on 2 January 1973. "I thought to myself, I've always known acting is a volatile profession, but this is ridiculous... Fortunately we started with physical sequences and didn't get into the dramatics until some time later." A subsequent script revision included (the younger) MacDonald's line: "when the bomb dropped on the city and Caesar heard of my brother's death he said 'my heart is torn.'"

Yeah, Battle for the Planet of the Apes was a mess production-wise. Hopefully the picture I submitted shows up soon and is something that works for your list, if you haven't found something else already.

Thank you for the info, that was interesting.

Thanks again for the help. The pictures went through quickly, the poll has been updated and both MacDonalds are on it. I capped it at about twenty-five options to allow for characters fom two to three more franchise installments in the future.

Thanks, man! I hope this poll goes live. Good luck! :)

So is this only for feature films then? If so you might want to specify. Virdon and Burke from the live action series might be nice options if you want to extend to TV.

I think it is simpler and better to focus on the cinematic franchise for three reasons.

1) If you open it up the animated TV series, live-action TV series and TV movies (re-edits from TV episodes in movie length) it becomes overly lengthy and confusing.

2) You start double or triple listing characters to highlight the better performances or actors. The reboot already reuses character names as a tribute to the original franchise, I had specify which Nova or which Caesar in the answer options. Adding the TV series would make even more confusing and cumbersome.

3) If add the retro TV series, I think you just split their support and they finish even further behind the reboot characters. For the older characters to be competitive in this poll, further diluting their votes, by adding more of them is a bad idea.

FYC, the question specifies "theatrical" franchise meaning shown in theaters.
Which 'Planet of the Apes' theatrical franchise human character do you most go ape over?

I wasn't really attached to extending to TV, it was just a spur-of-the-moment kind of thought. I agree that keeping them out would be easier/less-confusing. Just double-checking that it was theatrical only.

Bill Jeff and Judy though. X'D (I'm watching the animated show now and it's got me in stitches.)

Thanks, I wasn't either. But, it always good to run it up the flag pole and see if anyone salutes.

ADDED Introductory ParagraphThe most recent installment, War for the Planet of the Apes (2017) ends the current Planet of the Apes trilogy. Writer-Director Matt Reeves plans to continue the series beyond the Andy Serkis-Ceasar trilogy. The movies will feature a new story line, as the ape community forges ahead without its longtime leader.  In retrospect:Which 'Planet of the Apes' theatrical franchise human character do you most go ape over?

Hi Urb, may I suggest a teeny-tiny edit to the first sentence of the intro? ('Just a comma after the title and year)The most recent installment, War for the Planet of the Apes (2017), ends the current Planet of the Apes trilogy.: )