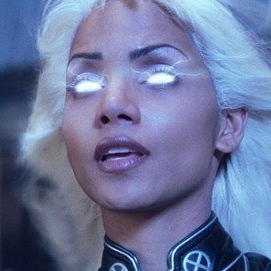 The second half of the 2000s as well as the 2010s have been dominated by the superhero sub-genre, beginning with the release of Batman Begins and continuing with the current MCU and DCEU films.

In this poll, you get to show your love for non-superhero, non-SF Action films released between 1/1/2005 and 12/31/2020 selected from the top-rated qualifying films as rated by 200,000+ IMDb users, as well as titles nominated by the IMDb poll board.

Re: Poll Board Nominations:

Did I get that right - any of us can nominate one of the movies on your list?

If that's right, my nomination would be:

All the movies on the list will be on the poll because they have high ratings and vote counts.

Each of us can also nominate one other title, regardless of rating and vote count.

How about The Raid?

A Prayer Before Dawn

Will add, thank you.

Hi tasmalina, 'good poll! My vote would go to 'Hell or High Water.' I'd nominate the other film in the American Frontier Trilogy, 'Wind River,' but action is not, as of yet, listed on IMDb as a genre. It has at least as much action in it as the Trilogy's other two movies, which are listed as Action, and rogerebert.com and Rotten Tomatoes label it as an action film, as well, so I added action to it on IMDb but it may not approved before this poll goes live so I completely understand if you don't add it to your list.

May I suggest one small edit to the second paragraph of the intro? (The intro is very well written, by the way!) (in bold below: a comma instead of a semi-colon.)

In this poll, you get to show your love for non-superhero, non-SF Action films released between 1/1/2005 and 12/31/2020 selected from the top-rated qualifying films as rated by 200,000+ IMDb users, as well as titles nominated by the IMDb poll board.

I'll do the punctuation edit, and add your suggestion shortly.

I'll take your word and that of the external sources you named re: the film being an Action film.

It seems Wind River meets the vote count, rating & other criteria for the "Core 25" films that I populated this list with, and has been added.

This also means you get another nomination, if you'd like. 😀

It's always a good sign, when the mods help you change typos, etc.

Thank you, tasmalina, for making the edit and for adding 'Wind River.' As for another nomination, I guess I'd say '16 Blocks.' (I was thinking of two others -- 'Death Proof' and 'Munich' -- but '16 Blocks' has fewer than 200,000 votes and I always thought that it deserved more recognition and that a lot more people would like it if they saw it. I also think that it has the most likable main characters and that Bruce Willis does a good job in an against-type role.)

When I did a search of action movies between 2005 and 2019, with more than 200,000 votes, wow, they really are predominantly super-hero movies, along with sci-fi action, which made me like this poll even more than I already did! : )

Sorry, the poll went live before I saw this.

I think @Karen_P  also wants to contribute a title.

I shall ask for a re-push shortly.

I'll retain if someone nominates it for inclusion.

Hotel Mumbai meets the inclusion criteria. Thanks for contributing.

I just wonder about one thing:

Why not make it a complete user-list?

That could work within your criteria.

I wanted a bit of both for this poll - some quasi-objectively good titles, based on their vote counts and IMDb ratings, regardless of the poll board members opinions

some "wildcards" that the poll board members liked regardless of their IMDb ratings or vote counts.

I am working on another similar poll suggestion, but in which fewer (about half) will be "pre-selected" and the other half will be chosen by the members here; possibly with the option of each member nominating two titles.

No Dark Knight or Inception landslides. (I love both those movies, but I think we've had enough.)