Hispanic Heritage Month celebrates cultural and historic contributions of Hispanic and Latinos, it runs from September 15 to October 15 in the U.S.A.. Which of these Latino movie, television or streaming characters* is your favorite superhero? *Latino refers to people with cultural ties to Latin America, including Mexico, Dominican Republic, Jamaica, Puerto Rico, Cuba, Central, and South America regardless of race See the partial list of Latino movie, television or streaming superhero characters here: https://www.imdb.com/list/ls041756077/Poll: https://www.imdb.com/poll/7qsU5YjzMgw...

There is a whole subgenre of Mexican films starring masked luchadores who fight crime and supernatural menaces, I guess you can count them as superheroes.The most famous of them is El SantoAlso: Jaime Reyes: The Blue Beetle from DC ComicsBrazilian hero Fire from DC Comics.Wild dog from ArrowEl Dorado from the Super Friends cartoon.
Marvel Comics Araña
It's a mediocre show, but Mexican comedy hero El Chapulín Colorado is loved in all Latin America.
Other Mexican hero originally from Comics is Kalimán
And while he is mostly forgotten, you also have El Ciclón de Jalisco

I very much plus that! I really adore that side of mexploitation, although I haven't seen that much movies from it, to be fair: I guess I've seen like a few Santo ones.

There are many hilarious luchadores films, and some that are so bad is not even good for a laugh, but they definitively are a whole subculture.
I had no idea there was a Kalimán film, I'm interested in watching it.

I am flexible on the superhero and their powers issue, given that Batman is mortal. But, they need to be costumed, act like a superhero and be regarded as superhero by others. Therefore, I think El Santo and El Chapulín Colorado qualify. However, I will pass on the Cyclone of Jalisco due to current popularity. Likewise, Kalimán, el hombre increíble (1972) due to authenticity issues of the film version. Canadian actor Jeff Cooper as Kalimán had to have his voice dubbed by Luis Manuel Pelayo. My own suggestion El Coyote and your La mujer murcielago are probably too dated to be viable answer choices. All of these will make the honorable mention section. Otherwise, great suggestions and I posted all the others to the poll suggestion. I would have missed quite a few and appreciate the help. Thanks. Added

Santo Santo and Blue Demon Against the Monsters El Santa, aka The Saint

Captain Planet and the Planeteers Ma-Ti

Urbanemovies:What happened to your avatar? Did Peta sue you? ;D

i just like to mix it up,switch to a GoT one for the final season and back to my original one.

I found some others:La mujer murciélagoThere's no superhero image, but one of Billy Batson's foster siblings is latin Pedro Peña, who gets superpowers at the end of the filmOne of Captain Planet Planeteers, Ma-Ti, was from Brazil.

I just found that out when I was researching that poll, we'll see how that turns out.

It's absolutely hysterical that the Pumaman from The Pumaman is on the list. A film that often makes many people's worst movie ever. And one of the most iconic Mystery Science Theater 3000 episodes ever. 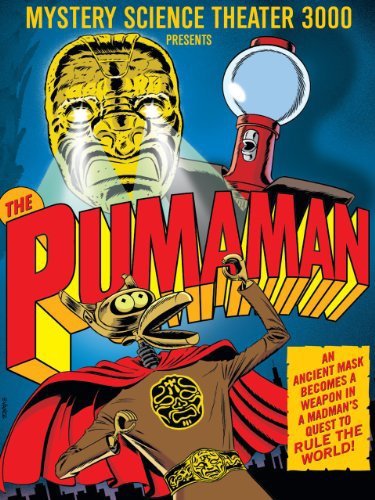 I am sure you agree celebrating your cultural and historic contributions means all of it and not whitewashing the aspects you don't want or not proud of. The Live Poll: Favorite Black Movie Superhero Character? had similar entries, as I sure the PS: Favorite Asian Multimedia Superhero Character? will too.
As Pencho points out,El Santo and El Chapulín Colorado may be even more revered and beloved as superheros. Not to be Mystery Science Theater 3000 outdone  El Santo best-known movie outside of Mexico is also considered one of his best, 1962's Santo vs. las Mujeres Vampiro (Santo vs. the Vampire Women), which was also featured in an episode of Mystery Science Theater 3000. He even rates his own public statue, the Statue of El Santo and museum, Museo del Santo in his hometown, Tulancingo, Hidalgo, Mexico. 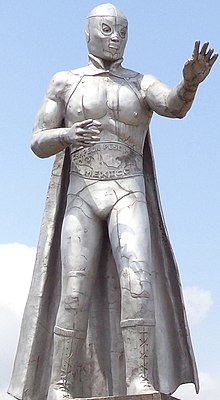 'Good poll, Urb! I don't watch many superhero movies or series so I don't know the characteristics but I'll vote for Molly Hernandez because I love her hat that is a lot more than just a hat. :) I'm guessing that she rocks. May I suggest two small edits? (in bold below: added "s" to "Hispanic;" changed comma to semi-colon)Hispanic Heritage Month celebrates cultural and historic contributions of Hispanics and Latinos; it runs from September 15 to October 15 in the U.S.A.

Hispanic Heritage Month celebrates cultural and historic contributions of Hispanics and Latinos; it runs from September 15 to October 15 in the U.S.A.. One aspect of Hispanic and Latino cultural heritage is media portrayals.Which of these Latino movie, television or streaming characters* is your favorite superhero? *Latino refers to people with cultural ties to Latin America, including Mexico, Dominican Republic, Jamaica, Puerto Rico, Cuba, Central, and South America, regardless of race

rubyfruit76, I can get not being into some genre (I am not a fan of conventional fantasy, for example, having a hard time watching Lord of the Rings movies despite being a huge fan of Peter Jackson), but not watching superhero movies at all seems a bit drastic to me... Especially since it's a plot convention genre, which means it's actually a genre which is always in the mix with something: drama, horror, comedy, action, you name it.

It might be both inclusive film fan (so even when I'm not a fan of particular genre I will still try and get a big gasp, eventually) and superhero genre fan in me speaking, but I firmly think that there is a superhero movie for everyone out there. :)

Urbanemovies, sorry I didn't notice before, but there is a small but important correction to doIn option #18 it says 'El Santa' instead of 'El Santo? It is only a letter, but it changes the meaning of the word from male to female, and in this particular case, it sounds like Santa Claus intead of a Luchador name.