Which Holmes & Watson pairing do you think works best together to solve mysteries and crimes?

Michael Caine as Sherlock Holmes and Ben Kingsley as Dr. John Watson in Without a Clue

nice one urbane...and i'm so glad you included data and geordie from star trek:next generation, because the way you worded your question certainly would pertain to the two of them...

where, sadly, it would probably not pertain to my two favorites, basil rathbone and nigel bruce...even though i love them so, it was sherlock who did most of the work in that pairing...so since this is not about favorites, my vote will go for benedict cumberbatch and martin freeman, who do 'work best together', side by side....

The worst Holmes and Watson in the history of films, Cumberbatch has no traits of the Holmes as Conan Doyle Wrote, and setting in modern day is just a cheap way of making money,  Basil Rathbone was good but the best Holmes ever was Jeremy Brett.

Cumberbatch and Freeman will take this in a landslide. I personally like Miller and Liu.

Your likely right, I bet these two could give them a run for the popularity title.

Will Ferrell as Holmes and John C. Reilly as Watson in Holmes and Watson (2018) 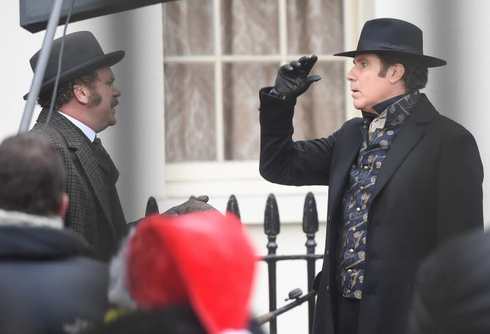 john c. reilly will probably be brilliant, as he always is....i'm not so sure about will ferrell as holmes...unless its made purely as a comedy...

i have been a fanatic of holmes and watson since reading the doyle novels, lets just say, a long long time ago...(i used to be such a veracious reader)...

i also grew up watching basil rathbone and nigel bruce, who will always be my favorite duo regardless...and...as i said casting my vote for cumberbatch and freeman, i think the more recent duo 'work best together' as the question suggests...(and it takes alot to fill the rathbone/bruce shoes for me...)

p.s...thanx for changing the title of 'sherlock: case of evil'...if you haven't seen it yet, please check it out...

Thanks, for pointing it out. You have hit on a pet peeve of mine, the re-titling of movies after their release. I find it frustrating to rent a movie, only to realize I have I seen already and the title had been changed.It's first title on the USA network 'A Case of Evil' seems to be a poor choice as no one would have idea it was about Sherlock. 'Sherlock' seems  a poor choice too, as it doesn't separate itself from the hundreds of other Sherlock movies. Sherlock: A Case of Evil at least serves both purposes and you can still market with either abbreviated version.

I voted for basil rathbone and nigel bruce combo, but similarly was torn among a number viable options.

i feel your pain when it comes to movies changes their name...

but changes votes is a whole 'nother matter, and i couldn't resist...

on the live poll, i picked rathbone and bruce as well...i have such a special place in my heart for those two, and they were just too good for me to pick anyone else...

I'm with you: 'Elementary'.

Miller's an intense, thoroughly re-imagined for-the-21st-Century Holmes, complete with lurking drug problem, sexual appetite, odd network of internet & street-hustler Irregulars...& the familiar unsparing honesty/disdain for those who can't keep up.
Lucy Liu is an iron bar of a Watson, no bumbling, or need to have everything explained.  An asset with her own area of expertise... an equal who keeps evolving & learning.

The decision to combine Irene Adler/Moriarty into the person of delectable Natalie Dormer was inspired.

It's a different format, 24 episodes of only about 40 minutes each... but rival  'Sherlock' doesn't that often make good use of it's nearly 90 minutes. What should have been the seminal 'Hounds of Baskerville' & the nastiest of the Sacred Writings: ('The Adventure of Charles Augustus Milverton')  'His Last Vow' were dreadful... worse yet, tedious, IMO.

The most fun, if often least recognizable, of the Holmes series is the Guy Ritchie/Robert Downey version. Over-the-top, spectacular rather than cerebral, but very entertaining. Especially enjoy Jude Law's refreshing "Watson"... a bit of a ruffian, rather than the sedate & too often confounded doctor we've come to expect.

Sadly most votes are for the "Newest" since most people don't watch older versions of Sherlock Holmes because in B&W and/or it is "Boring" to them.  They all need to do some "You Tube" and watch some of the "Older" versions and maybe read a few of the books. 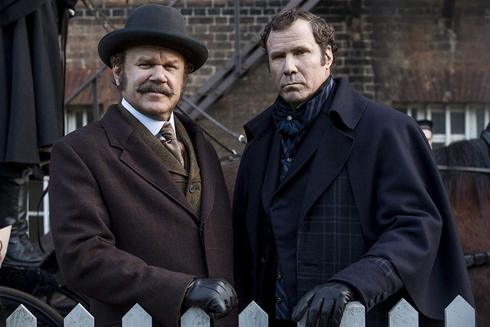 I like John Neville and Donald Houston who seemingly are left off this list. But Murder By Decree overall is best film of all for me.

James Mason and Christopher Plummer in Murder by Decree (1979) is the ninth option in this poll.

Christopher Plummer as Sherlock Holmes and James Mason as Dr. John Watson in Murder by Decree (1979)

As for Donald Houston and John Neville in A Study in Terror (1965) There are far too many Holmes-Watson combos to fit them all. Those that were more famous, more iconic, had multiple installments or otherwise stood out were given precedence. These two single entry  Sherlock Holmes-Dr. John Watson movies are a good example of making a choice for a coveted spot, as the more well-seen, higher rated with Oscar-nominated actors in the iconic roles won out between the two.

Like most polls, the most "modern" title, or the latest title perhaps, gets the most vote.I respect everyone's choices, but I wonder how many of those who voted for Cumberbatch or Sick Boy actually watched the Jeremy Brett series.

Or any of the 20th century portrayals. Ronald Howard and Howard Marion-Crawford are my favorite pair because Watson is allowed to be physical and not a dunce and Holmes is allowed to be more human.

I'm a classical person, I pick Rathbone and Bruce.

For me:- Rathbone-Bruce created the initial version, which most future pairings would be measured against. If you look at Basil Rathbone's amazing film repertoire this was the part it all came together in and his 'look' was made for it. Most future duos never quite achieved what these two have managed to give us in their 14 films. -Brett-Hardwicke were the first to come close. This was primarily the case because Jeremy Brett was superb as Holmes.-again, for me, the best 'modern' version is Miller-Liu. Johnny Lee Miller is exceptional and Lucy Liu' 'Watson' is an inspired character. However, what 'Elementary' has to its advantage is incredible writing. The story telling in this series is as good as it gets. This team deserve enormous praise to my mind. If I had to pick one, it would be Rathbone-Bruce.Please take a moment to look at my first poll suggestion here on the 14 Rathbone-Bruce films:https://www.imdb.com/list/ls092792365/

I have Rathbone or Howard as the best Holmes, but Bruce did a disservice to Watson while Marion-Crawford played the role superbly with Watson not a bumbling fool. The Watson played by Bruce could never have written up the cases for the Strand in any coherent manner.