This unique award is given in honor of filmmaker Alexander Korda by the British Academy of Film and Television Arts. It is intended to recognize "outstanding and original British filmmaking which shows exceptional creativity and innovation", while promoting the British film industry in general.
Which 2022 British Academy Film Awards nominee for 'Outstanding British Film of the Year ' do you think should win?
LIVE POLL: https://www.imdb.com/poll/Ka6AjOZIoek/ 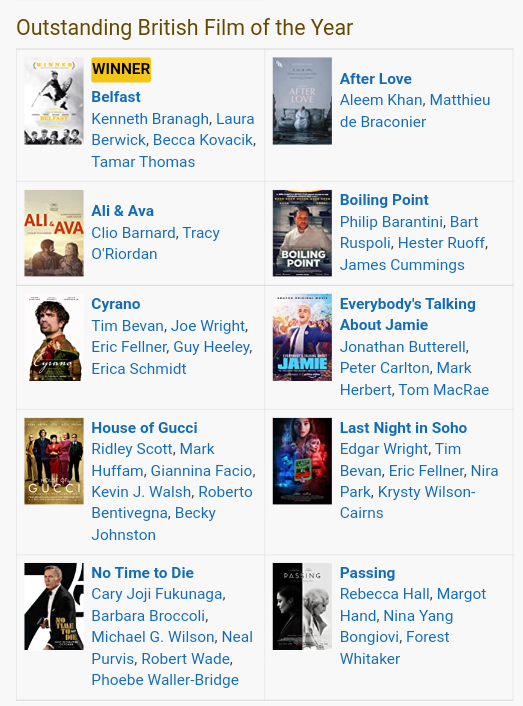