I seem to have a problem that never happened before. I am creating a new list to make a poll, but I'm unable to add short films to it, the software is only finding and allowing features.

The list is meant to be a poll about the National Film registry in 2017, when 25 new titles were added to archive. 21 of them were features and 4 were shorts.

However in my list, when I search for this shorts in order to add them, they simply don't show up. And all of them are in the IMDb database.

This has never happened before to Me, I have made many National Film Registry lists, and also many other lists were I mix features, tv movies, shorts or documentaries.

I tried to add different and much more popular short films to this new list just to try, but they also don't show.

Why can't I add short films to my list and how do I solve this?

This is a bug introduced with or after the Dec 6 Update to List Pages. It's a known bug, and I think they said they were looking into it, but don't quote me on that.

For now, just go to the Title's page, and hover your mouse over the Add to Watchlist flag, and add the title to your list. 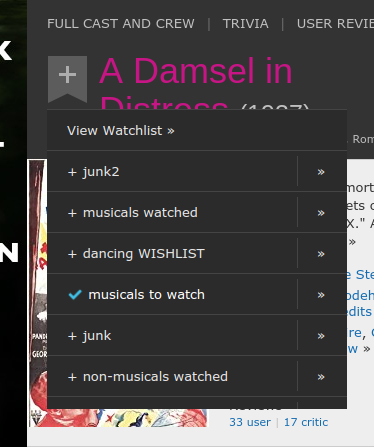 Or, if you know the title id of the title, you can enter that in the Edit Mode, Add Title box.

Very helpful, that solved the problem. Thank you