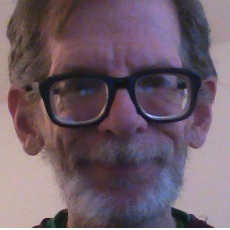 both NOVA and IMDb seasons start with the new year.

At some point of time, someone renumbered all of the season 48 episodes with air dates in September and later as season 49. The first 5 episodes broadcast in 2022 were renumbered to fit after the last episode of 2021. All subsequent episodes have followed sequentially.

And while I'm at it, some contributor actually put a future episode (to air in July) in season 50 (which would normally start in 2023)! [Life is just full of surprises, isn't it? :-)]

The episode air dates for season 48 and 49 of "Nova" have now been corrected.  However, there are two episodes that I was unable to identify order numbers for:

Do you know where the above episode titles belong?  Were they featured episodes outside of the season, or do they belong to a different season?

Lastly, for the season 50 episode 1 listing, "Ultimate Space Telescope", to clarify, does this episode belong under season 49?

Thanks for taking the time to fix this.

I'll answer your questions about the 3 episodes, but there is one episode that caused problems for PBS. And because of those PBS problems, it will still need some more work from IMDb. It's NOVA episode 48.8, High-Risk High-Rise. It has a low number, but it hadn't been broadcast by September. It was then scheduled for September and several dates in January until it was finally broadcast on 5 January 2022. So it should be re-numbered 48.19. And 48.9 to 48.19 should go to 48.8 to 48.18 to make room [I think I got that right]. :-)

"Search Engine Breakdown" and "Predicting My MS" are shorts that don't have NOVA episode numbers but were broadcast after Picture a Scientist and Augmented respectively. They are not directly related to the numbered episodes, but go well with them. They also fill the special 2-hour broadcast slot (the numbered episodes were 93 min. and 85 min.). Another contributor had numbered "Search Engine Breakdown" as 48.101 and I admit that I'm the one who followed that example in numbering "Predicting My MS". I wasn't sure if that was the best way to handle the situation, but I didn't have a better solution. My thought was that it wasn't a separate episode and didn't have a NOVA episode number. There are instances where NOVA broadcasts two 1-hour episodes back-to-back on the same evening (Dinosaur Apocalypse: The New Evidence and Dinosaur Apocalypse: The Last Day).

After all of that seriousness, I'm still amused by the numbering of "Ultimate Space Telescope" as 50.1 [life sure is funny :-)]. To clarify, I think that the episode belongs under season 49.

As always, thank you Michelle. You are the best (your number of points doesn't lie).

I'm sorry to report this news, but I discovered some missing NOVA episodes that were moved from NOVA to a separate mini-series. By their broadcast dates, they belong to season 48.

There is a third episode to which I didn't contribute.

The episodes are currently:

Beyond the Elements with episodes:

They have NOVA episodes in season 47, but they were broadcast after NOVA (and IMDb) episode 48.1

Here are the NOVA season 47 episodes (just to show that they have NOVA episode numbers):

Here's the NOVA web page for the first episode to show that it was broadcast in the normal NOVA time slot of 9 pm:

I think that all season 48 episodes (except 48.1) should be bumped up 3 episode numbers but with current 48.8, High-Risk High-Rise, placed in broadcast order.

Perhaps you have a way of just giving them the correct number without having to "make room".

If you have to do it step-by-step, here's what I think it looks like: