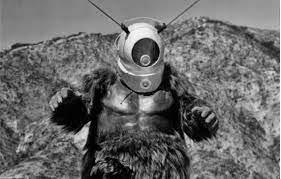 under 20 years old film made from this posting date

Came to an unknown planet

and something happened to the spaceship

A male opened his helmet and went to the wrong pocket area with no air he died.

She opened her helmet and was able to breath

and hoping to be rescued. (the film ended).