My suggestion is that the 'You May Know Them From' section on cast and crew members pages that display their films that have been rated by the respective IMDB user visiting their profile should also be displayed on the iPad app.  I also believe that, with the current system of being able to scroll through the rated films, the section could conceivably be changed to having no limit of rated films in the section.  The limit now appears to be 25 films.  These changes would greatly improve my enjoyment on the apps, as I am a film collector who rates all the films in my collection and I enjoy knowing how many films I have from a specific actor, director, producer, writer, cinematographer, composer, etc.  Which can only be viewed in the 'You May Know Them From Section, on my iPhone app but prefer to browse the app on my iPad.  On the iPad, I believe that you would have to scroll through the persons whole filmography and count individually as the system stands now.

@mitchellzahn  Yes, this is already supported on the iPad app.  For example, with Felicity Jones then if you open “All Filmography” -> “Actress” you will see: 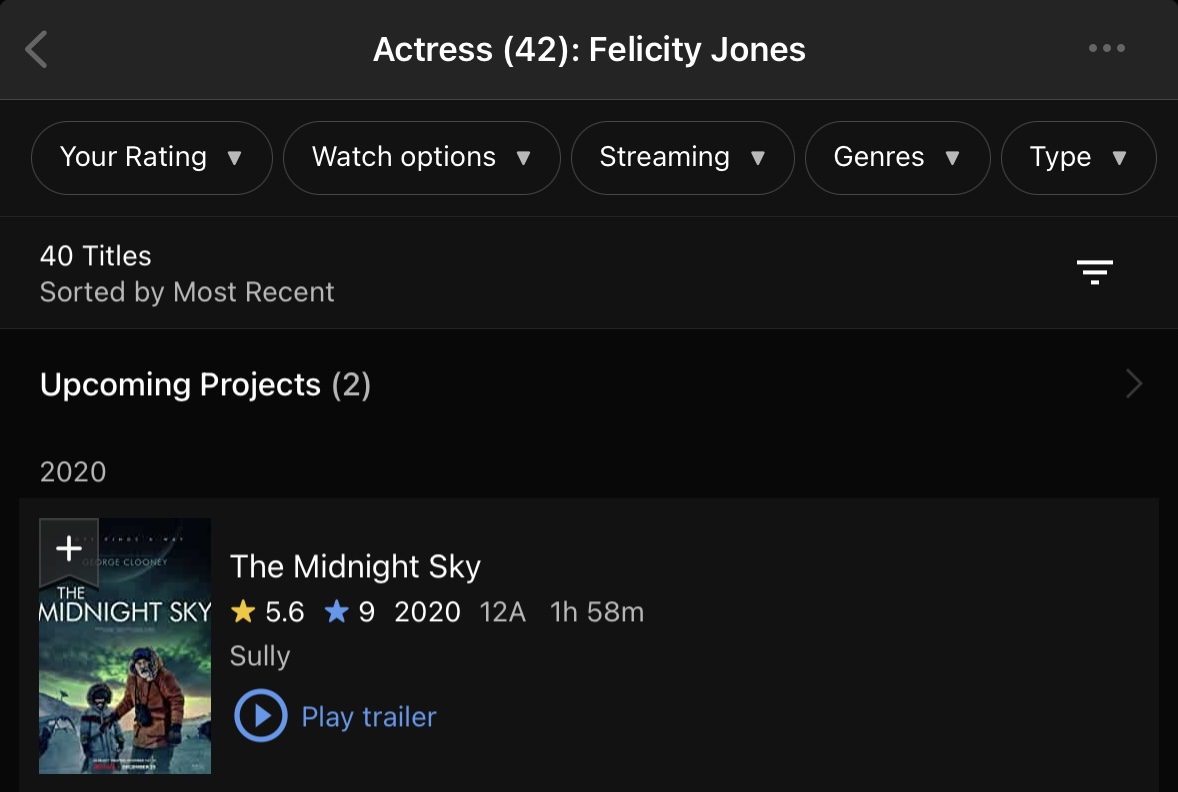 then tap the symbol over on the right of the “40 titles” near the top and you will see: 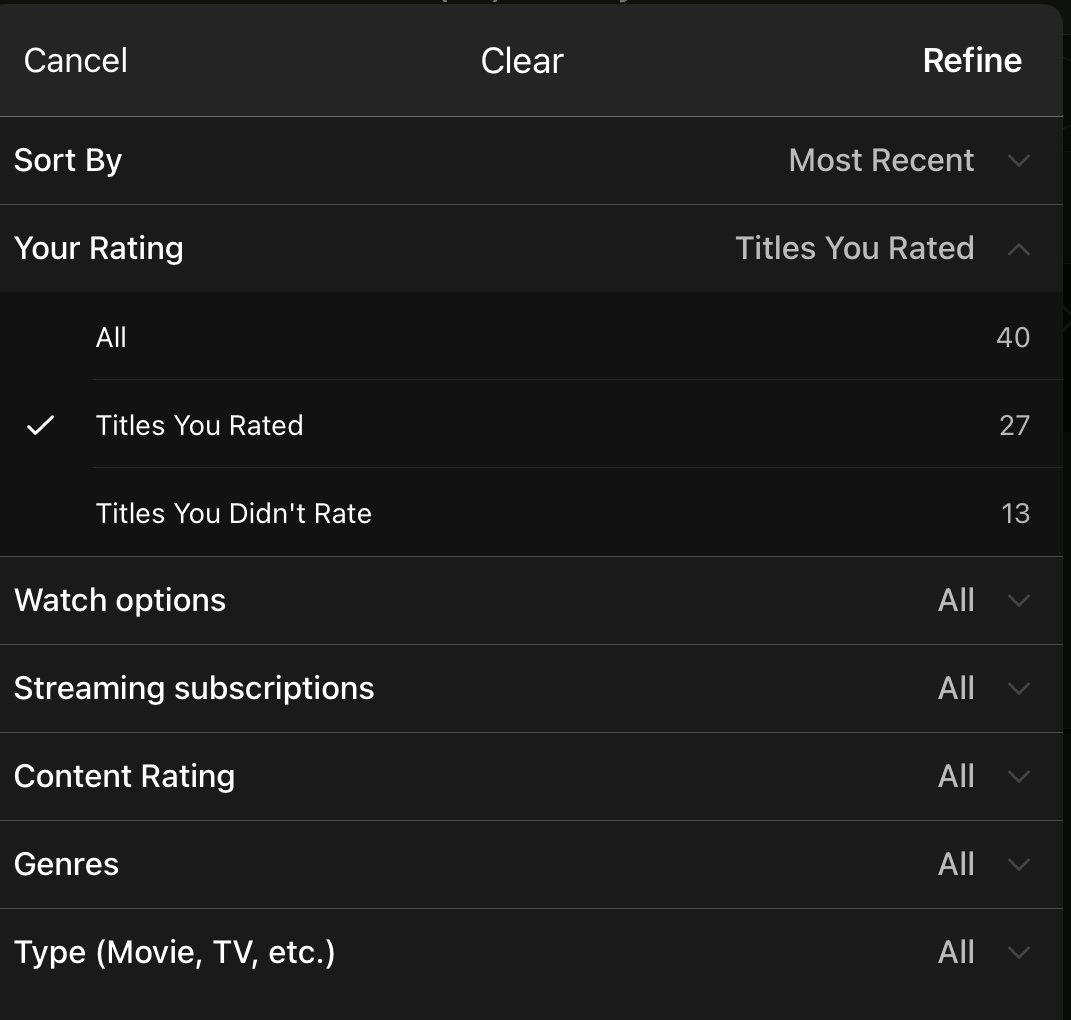 Just change the “Your Rating” menu to “Titles You Rated”

Thank you!  This helps.  I didn't know you could refine and sort filmographies.