Full cast per season of a TV show

You could for instance add something like this to the full cast pages of TV shows. Then you could simply click the seasons you're interested in seeing the cast and crew for, and then only the relevant cast/crew will show up.

It would also be nice if you could add which seasons the cast worked on, not just the episodes & years. 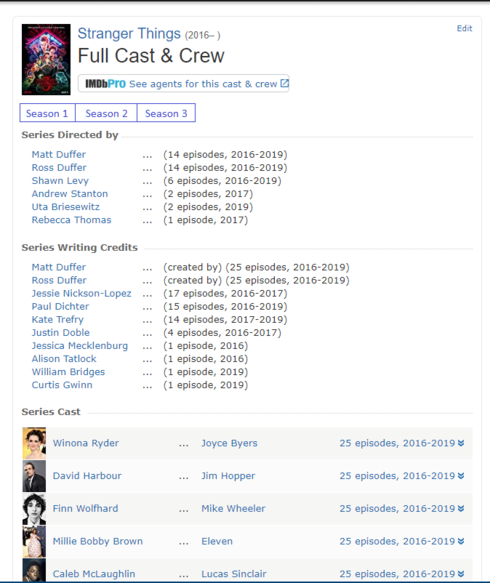