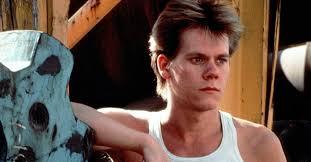 I'm looking for a 80's or 70's werewolf movie. It is a color-movie, produced in USA, & in English.  In the beginning of the movie, a bunch of cars & people check in a motel. One couple of those people go in a room. The woman sits on dresser & plays guitar. The man lies on a bed & watches her play. The woman says: "you put that condom in wallet too long, it becomes moldy. " The man's name is Richard or Charlie. She goes to toilet to puke & the man escapes from her. He tells that group's everybody in other motel rooms to leave. So the bunch of cars & people leave without that woman.