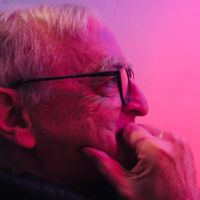 I need help in discovering how the keyword "rome" is applied to these six titles:

I re-rented the original film, and rented Wolf Creek 2, but this keywords appear to not be applicable to those two titles.  These six titles seem to be featurettes that may be attached to the resulting Wolf Creek series.  (In the USA, I cannot find a DVD of the series.)

I need to know how "rome" is a keyword for these titles.  Is there a scene in Rome, Italy?  Is Rome, Italy referred to in dialogue, perhaps in connection with post-production and scoring?  Is there some connection to a Rome elsewhere?  Or, is there some other connection?  What

Any help would be appreciated as I am trying to finish an audit on the keyword "rome."

Google is your friend.

I had already done a Google search,  Yes, there IS a town in Australia called Roma (not Rome) - "a town, south-central Queensland, Australia, principal settlement of the Marooa district, on Bungil Creek" - and there is a episode titled "Rome," and there are many references to the pit-stop town of Rome in entries about the series, and there are even allusions to Ancient Rome with the character who thinks he's Jesus Christ, but these are not the point of my inquiry.

I need to know how "rome" is portrayed/referred to/whatever in the six standalone titles listed above, which are apparently dvd extras for the series.  They are almost treated like six episodes themselves, often repeating the same keywords.  Viewing an episode does not help with reporting the content of these six separate titles.  I need info from someone who has seen these six titles (perhaps the original contributor) or how these six separate titles (not the series itself) can be accessed, if possible.

P.S. I am continuing my research on and auditing of the "roma" keyword, which can refer to Rome and/or the Romani people. Or, possibly, a town called Roma in Australia.

The Google searches immediately show that at least one episode of this TV series is set in a fictional town called "Rome, Australia" (and that there is no actual town by that name in real life).

It is also readily apparent from the keyword context that the keyword "rome" was added to those six titles by a contributor who has recently mass-added a bunch of marginally relevant keywords to DVD extra titles produced in Australia. I have come across the work of this contributor a lot lately, and I would bet you have, too. The quality of their keywords is pretty bad. For example, they often use "down-under" instead of simply "australia" as a keyword and "making-a-movie" instead of "filmmaking" and "aussie" instead of "australian." I could give many more examples -- some general, some specific -- but the point is this contributor(s) is overincluding low-quality keywords with little regard for accuracy.

Using those two clues, the most likely scenario is that "rome" was mass-added to all six of these titles but probably the fictional town itself is not even referenced in them.

Under the circumstances, the best solution is to delete "rome" from those six titles and add "fictional-town" to the actual episode that features this fictional town as a plot point.

@bradley_kent​ p.s. I think it would be a fair assumption that "rome" could be changed to "fictional-town" on this title:

But for the others, the safest thing to do is simply delete the "rome" keyword from them.

I follow your thinking, but I am still looking for facts.  Is Roma the actual city that is called Rome and actually used as a filming location?  The town does not look like a set.  And, this series and preceding films are well-known for location filming.

Is Roma the actual city that is called Rome and actually used as a filming location?

That makes sense.  But still would like to hear from the original contributor or someone with actual knowledge of these six standalone titles.

I stull have just a few degrees of hesitancy, but I will submit changes to "fictional-city" on theie six titles.  If they had been deleted and blocked before these submissions, they would have been lost.

I took a quick look at the keywords on those six titles. It was immediately obvious that the contributor who wrote most of these keywords simply used the episode names to generate keywords. For instance, Rome became "rome," Opalville became "opal," Salt Lake became "salt-lake," Billabong became "billabong," and so on. They mass-added all of these keywords to all the DVD extras for the Wolf Creek series, some of which are only 4 minutes long, which makes it extremely unlikely the entire full set of mass-added keywords applies to all of the titles.

With that said, someone already added "fictional-city" to three of the six titles. If that was the same contributor who authored the keywords derived from episode titles, perhaps there is a method to their madness.

I AM that someone.  All six titles now have "fictional-city" as a keyword.

If they had been deleted and blocked before these submissions, they would have been lost.

And I would have been fine with that, since it is more likely than not that "fictional-town" does not actually apply to all six titles.

I AM that someone.  All six titles now have "fictional-city" as a keyword.  ​

Wow. Doubling down on potentially irrelevant keywords? I would have made a different call, but it's not a big deal either way.

There now remain four titles with the "rome" keyword"

1. Caligola (1979), which IMDb has blocked for ANY deletions, additions OR corrections;

2. "Strappare lungo i bordi" (2021), for which I have submitted a deletion of the "rome" keyword, but IMDb will not accept it (for some unknown reason);

3.  I am picking up "Scoob" (a title I would normally not watch) at the library tomorrow. I think I know what the situation is, but want to verify it; and

4. a podcast, which I have not tried to track down yet. (I have noticed a lot of keyword mistakes on podcasts.  Perhaps IMDb should tag podcasts before accepting keywords, but they will probably not do so.)