What’s This About IMDB ?!

Jake Pentecost is one of the top actors in Hollywood who is in the new Star Wars movies, Detroit that’s getting Oscar buzz, and he’s the lead actor in the New action sci-fi movie Pacific Rim: Uprising , but you don’t have him as the top billed cast!

I hate to make this a white and black issue but that’s what it looks like to me because you have four non-black actors who are the top billed actors and then you have him categorized as the rest of the cast. Why?! Jake Pentecost is the lead in the movie and he’s on the movie poster . This is insulting if intentional but if not it should be corrected. 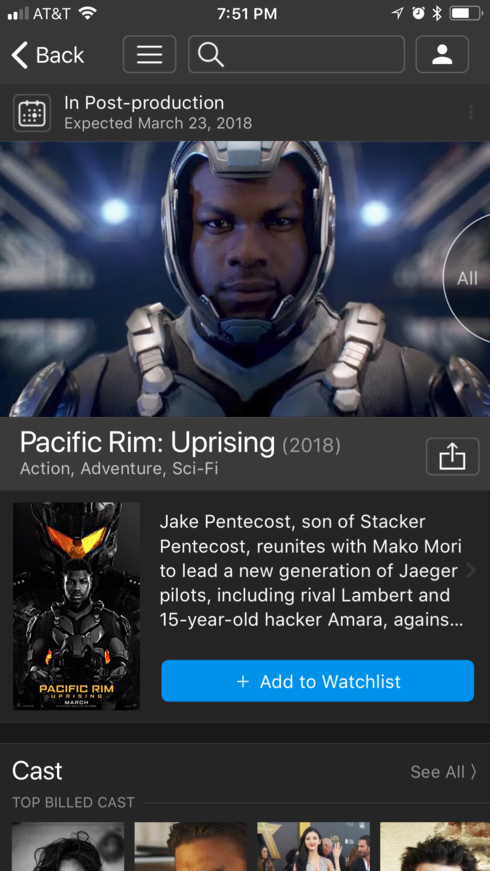 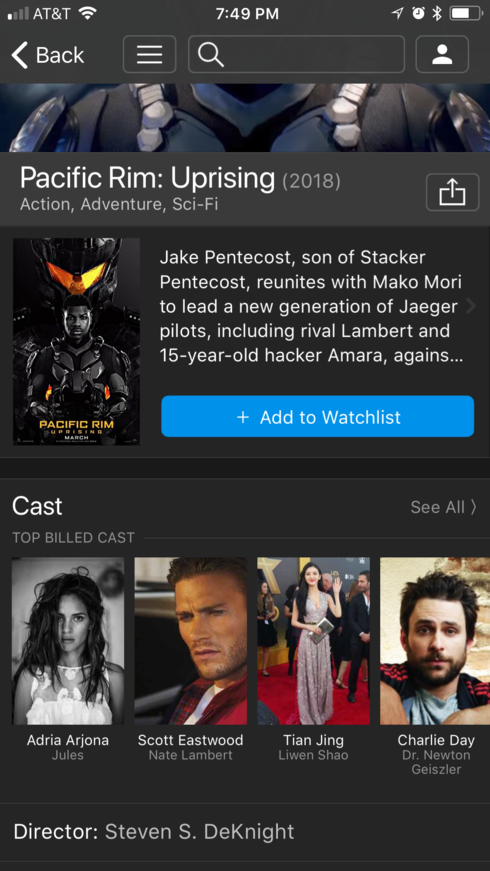 Jake Pentecost is one of the top actors in Hollywood
who is in the new Star Wars movies, Detroit that’s getting Oscar buzz,
and he’s the lead actor in the New action sci-fi movie Pacific Rim: Uprising ,
but you don’t have him as the top billed cast!
by Shba Cochrane
Joined on October 6, 2017
https://getsatisfaction.com/people/shba_cochrane
https://getsatisfaction.com/imdb/people/shba_cochrane
- - -

On the desktop version of IMDb and on IMDb Pro, the credited cast list for Pacific Rim: Uprising (2018) is currently sorted by IMDb Starmeter, not by order of importance. The cast order of a title is determined by how the list appears in a movie's opening and/or closing credits. Since the film is currently in post-production and not has yet been completed, a cast order for the film has not yet been established.

For what it's worth, John Boyega is listed as one of the producers of the movie so I suspect the cast order will likely be different as the film gets closer to its release in March, 2018. This is not unusual for many new titles on IMDb.

I hope this helps. Please write back if you have any more questions.

IMDb Help Desk Page:
Why don't you always list the stars of a film at the top of its cast listing?

True. Maybe the section heading should read "Most Popular Billed Cast" rather than "Top Billed Cast". Or maybe the latter should be hyperlinked to an help leaf that explains what the term/phrase means.

Hi, Shba Cochrane. Much like GMJ has explained earlier, movies that haven't been released yet display castmembers in an order much like the search results for documented, industry participants in general.

I'm not quite sure why this is the policy, since the cast order provided on posters/trailers (only if consistent across all such material) would be viable, but perhaps the database software does not accommodate exceptions in an industry-wide condition whereby vast majority of movies ever released either have no promotional material or have promotional material with no cast list. There is also the problem of studios presenting one thing with initial posters/trailers but then something different in the movie/show itself, which would mean that the cast order would have to be edited at least twice.

Each person's popularity ranking is based upon some kind of proprietary algorithm whereby unique page hits per day or perhaps cumulative unique page hits plays a significant part in pushing the popularity figure (which is not easily known by users without IMDbPro access) upward. With that in mind, the current setup could actually serve to help a title's popularity (or exposure) in the days, weeks, months or even years leading up to its release, mainly only if the lead performer in the work does not have as high of a profile as the supporting castmembers.

So, as for the demographics of the "top" celebrities (or "top" industry participants), it more so reflects the interests (including biases, peer pressures, attention spans, the tugs of influences and network effects) of the movie-going, TV-watching, Web-surfing, general public throughout a particular period of days or weeks. As of the week of ending on October 7th, 2017, you should be happy to see that Sonequa Martin-Green is within the top 10 on the person general search results; Jessica Lucas, Sofia Boutella and Jason Momoa within the top 50. Three women ahead of one man! Makes sense.

It's important to remember that Boyega only became rising star within the last two years. You're probably wondering why four actors you're not even familiar with are ahead of him in regards to the cast of Pacific Rim: Uprising (2018). Well, I cannot explain that apart from the aforementioned paragraphs. I'd guess that Arjona, Eastwood, Jing and Day have been popular longer. Arguably, Eastwood has been riding at least in part on his father's fame.