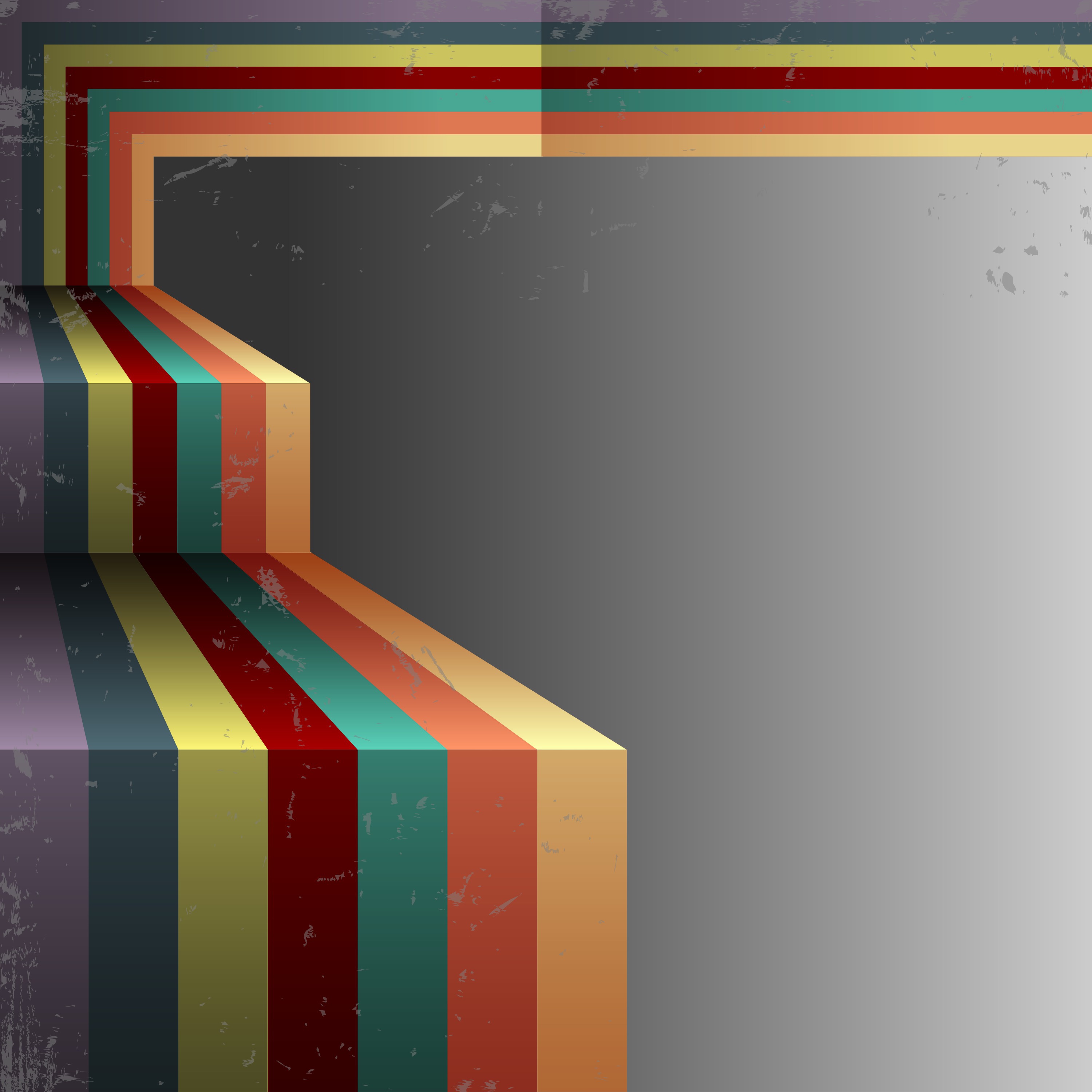 Wasn't sure whether to put this as problem or idea, but a keyword in the database is "title directed by female" and it has nearly 9000 hits. Conversely, "title directed by woman" has only 15 hits. ("title directed by male" & "title directed by man" have and 190 its respectively). I hope I shouldn't have to explain, but for anyone wondering why I've brought this up, the word "female" to describe a woman is pretty dehumanising as a noun. Sure if it's "female director", but "female" on its own is objectifying.

Thanks for all your thoughtful comments regarding the specific keyword usage of "female" vs "woman".

As mentioned in the thread above, we have special keywords (such as "f-rated" and "triple-f-rated") that would be affected by a policy/preference change.  As such, this is part of a wider policy discussion that needs to be had among our site editors to determine a consistent policy and preference.

I have filed a ticket for the appropriate team to review the policy and the comments addressed in this thread.  Once I have further information on a resolution I will post the details here.

@Michelle That's great, thanks. However, f-rated, if I'm not mistaken, refers to a film that was written or was directed by a woman, and if it stars a woman, it is triple f-rated. My issue was specifically about titles directed by women.

Do you mean that the the "titles directed by female" would be changed to "(triple) f-rated"? I think this is a good suggestion, and definitely would solve part of the problem, although it wouldn't be perfect.

As f-rated is a bit ambiguous, I see no problems with "title directed by female", as it would distinguish from "title written by female". Just to be clear, triple-f-rates should mean written, directed and starring a woman.

I see no problems with "title directed by female"

But there are other problems with "title-directed-by-female," as has been discussed ad nauseam in this thread.

Second, "f-rated" is a vague and widely derided keyword, and I can guarantee this solution would not be popular. Just take a look at a few popular titles with the "f-rated" keyword and look at all the "unhelpful" votes on these keywords. Many people just don't know what this keyword means, plain and simple, so they vote it as unhelpful. Combine that with the standard misogynistic trolling, and "f-rated" is easily one of the most down-voted keywords on IMDb. I'm not necessarily advocating for getting rid of "f-rated," but its lack of popular support should be considered.

Finally, nobody else has yet mentioned the "bechdel-test" keywords. I am not sure how they fit into any potential solution, but their existence should at least be acknowledged as part of this discussion:

@adrian The point, Adrian, is that female as a noun is objectifying and that is the problem that exists. Unfortunately your suggestion adds to it.

@keyword_expert Big thumbs up to this post. You lay it out so clearly. Good point bringing up Bechdel test films, it's definitely in the same general area as f-rated, but still a separate thing, because an f-rated - or even triple f-rated movie - can still not pass the Bechdel test, though I would bet it would be more likely to.

@Michelle Hi Michelle, is there any update on this? Thanks :)

I reviewed the existing ticket and can confirm that it is still active, currently pending review by the appropriate team.  I have posted a note to inquire on the status, once I hear any updates I will let you know here.

Thanks for your patience!

"female" should NOT be used as a noun, but sometimes it seems to be used when the contributor DID NOT distinguish between "woman," "teenage-girl" and "girl".  "female" should only be used as an adjective, i.e. "female-president."

The database is also rampant with the demeaning misuse of "girl" to represent a woman in her twenties and/or teenage girls.

This is an enormous clean-up project that probably can only be mostly resolved by new contributors and original contributors -- probably an impossibility.

Likewise, "man" should only be used as a noun and "male" only as an adjective.

The subjective young man/young woman keywords are also used by some, but I am not sure what the parameters are.  It seems very vague.  And many 60-and-older people will not like the designation as "old."  I am 80 years old, and I KNOW and ACCEPT that I am old!

Even an old woman is still a woman!

@bradley_kent "young-girl" and "young-boy" are much better than "little-girl" and "little-boy." The word "little" as an adjective implies physically little first and foremost. It does not on its face have anything to do with age.

One of the acceptable definitions of female is a noun so I'm curious as to your assertion that it shouldn't be used as such.

Also, I have no idea why the term female would be seen as being objectifying. After all, the standard keyword for a film that stars a woman, is directed by a woman and was written by a woman is triple-f-rated, where the f stands for female.

These sources explain some of the many reasons why it is imprecise, careless, and even sexist and offensive to refer to a woman as a "female" (noun).

6 Reasons You Should Stop Referring To Women As "Females" Right Now (buzzfeed.com)

Using female as a noun: Is it offensive to women? (slate.com)

The Problem with Referring to Women as “Females” | by Holly | Noteworthy - The Journal Blog (usejournal.com)

STOP CALLING WOMEN FEMALES.. Whenever I hear people use the word… | by Beverly I. | Medium

When I see or hear a person refer to a woman as a "female," or to  women collectively as "females," I assume the person saying that is probably of low intelligence, and may in fact be sexist. We all make assumptions based on our own inherent biases every day. This is one of my biases.

p.s. Just as an experiment, I tried something that is recommended in the first article I've linked to: search on Twitter for recent uses of the word "females."

It is not easy to do that search, because Twitter also returns results for "female."

However, out of the most five recent uses of the word "females" on Twitter, two of them were misogynistic tweets.

This is my favorite:

I read those articles and I still don't get their point, mainly because OED doesn't let you search it online. However, Meriam-Webster defines female as "a female person : a woman or a girl"

So, in the one article (which another article quotes) says, " Because the words "female" and "woman" mean different things."

Not according Meriam-Webster, at least not really. Female is a generic term for where you don't know the maturity of the person. I have no real strong feelings either way but this seems odd for me. I don't ever wade in to the cesspool that is Twitter, but I wouldn't consider it a good example of common usage.

Also, if the keyword is changed to "female-director" instead of "title-directed-to-female", I have no idea how that somehow is less offensive.

If you actually read all those articles and you still think the word "female" as a noun is meant to refer to a "person" (as opposed to a female of another species), then I suppose I can't enlighten you any further.

Yes, "female" is used as a noun, but "woman" is rarely, if ever, used as an adjective.

I agree with the merits of this post. It is always annoying (and offensive to some) when people refer to women as "females."

But as @bradley_kent has pointed out, there are definitely a few films (and music videos) listed on IMDb that are directed by girls. As a result, changing all instances of "directed by female" to "directed by woman" would not be a perfect fix.

@keyword_expert That is true, I hadn't thought about girls who had directed - good point raised there.

@bradley_kent When I see "female-director" as a keyword, I assume the film includes a character who is a female director, not that the film itself was directed by a female director. After all, keywords are primarily supposed to be plot keywords.

I'm going to guess that less than 1% of titles feature movies/shows within a show so "female-director" as a character would be an odd exclusion.

Also, "f-rated" is facially vague. "f-rated" has become one of the most down-voted keywords on IMDb (i.e., voted as not relevant). I believe this is primarily because many IMDb users do not know what it signifies.

When "f-rated" was added a few years ago, IMDb made a big public announcement about it, apparently to show that they were politically correct and "enlightened."  It seemed as if IMDb didn't acknowledge that "title-directed-by-female" had already been in use as a keyword for many years.

"f-rated" is not an IMDb term. It was IMDb embracing the already existing term and allowing it as a keyword. It is literally a term of women supporting women in film.

I find it somewhat amusing that this conversation is mostly men (if keyword_expert is a woman, I'll apologize).