imdb has goin down hill fast

Hi, Adam Richards. Thank you for your feedback, but could you be more specific? Please let us know, so that the community will know whether to join you in your criticism or help you solve what may turn out to be a trivial problem.

you took don't my hard work over the years and the new film.# i am writing  as well wat of my money and hard work

I see. This looks serious.

This reply was created from a merged topic originally titled imdb is a wast of money ive work from the age of 17 had all my work delet by the.... 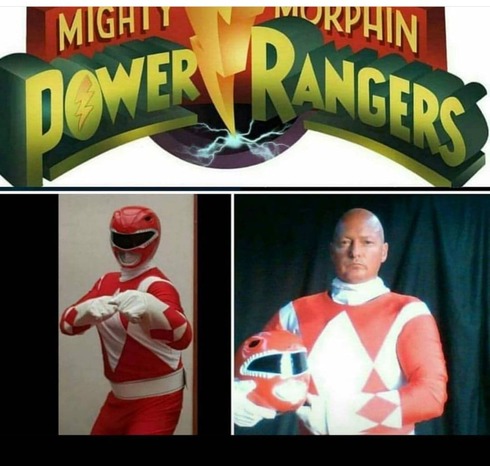 Please put all my work back up

Only the IMDb site authorities (perhaps with or without the help of volunteer contributors ljdoncel and JamesMMM) will be able to explain why all these credits were removed.

You wanna try the

Hi, ACT_1. Maybe so. I haven't gotten around to looking at every publicly-cached revision of the page. There are also a number of credits outside of the stunts department that have been removed from the filmography. This is a big question.

I can't contribute very much to the question because, as you well know, only

staffers are able to give the exact details of when and why the credits were removed.It happens that back in July 2014 I audited the on-screen credits of the two episodes of The Day of the Triffids and (after going over my contribution mail) regarding the stunt items, I added a missing 'stunt coordinator' credit for Nrinder Dhudwar and attached (uncredited) attributes to the then-listed Stephanie Carey and William Willoughby. 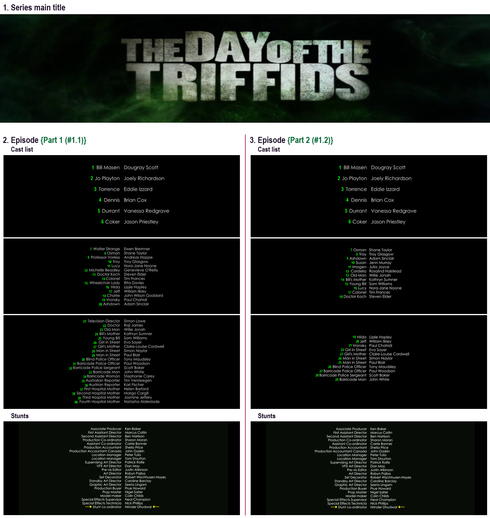 I also can confirm that Adam Richards didn't appear in the on-screen credits (see above), but he wasn't listed in the title page either, so at some point between 19 Jul 2014 and 6 Apr 2016, six stunt items without the imperative (uncredited) attribute were added to his name page. 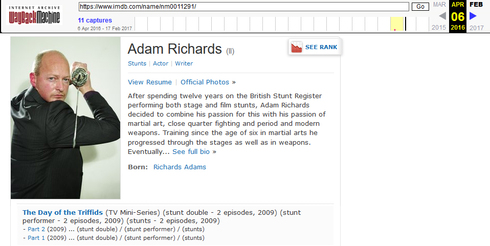 I have no reasons to believe that Mr. Richards didn't work in those films, but my best guess is that he (unknowingly?) added credits without proper (uncredited) attributes in sufficient quantity as to be deemed as suspicious entries and be removed in (using Michelle's words) a routine check. If the purge of all the credits occurred in a same day, we could narrow down the exact date by, as you suggested (thanks to ACT_1 as well), looking at the cached versions of the deleted-titles' and Adam Richards' pages and intersecting: 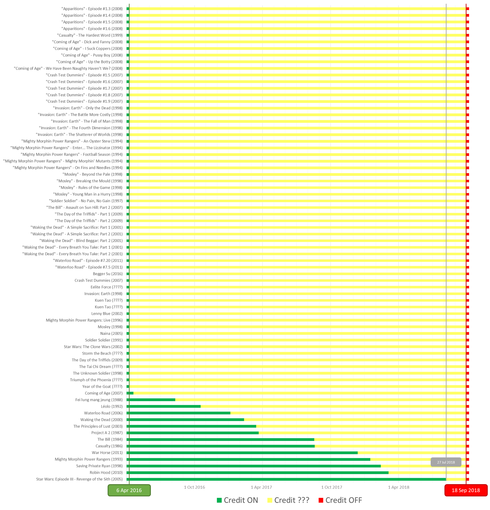 ...setting the day of the removal fairly recently (within last two months)... hence his state of anger. Perhaps he should try to re-submit his credits in a proper way, including (uncredited) attributes when applied, and providing as much evidence as possible (pay stubs, call sheets, screenshots, etc.) given that his reputability as a contributor might be compromised at this moment.

I was a stuntman under jackir chan team play Englishman

This reply was created from a merged topic originally titled why would you take work ive writing down https://youtu.be/jN95ONWvlrE.

This reply was created from a merged topic originally titled dont pay for imdb wast of money https://youtu.be/tDifSnjwXLA.

Please be aware that the information on our site is routinely checked and can be subject to change, I can see that the credits listed on your filmography were removed as our editors were unable to verify those credits.

If you believe there were credits incorrectly removed, please post evidence here to help verify them, note that we will specifically need to see a screen grab of the on-screen credit featuring your name/role.  If it's easier to uploads the screengrabs somewhere online that we can access (such as on imgur), you are welcome to do so and provide us with the link so our staff can take a look.

Hi, Michelle. As discussed earlier, his participation in some of the movies and episodes is not credited, so for those cases, no screen grab is available. Why not just add everything back but apply the attribute "(uncredited)"? It would be a lot easier for the IMDb company to do it than for any IMDb contributor to do it.

This reply was created from a merged topic originally titled So many people are not happy.

Unfortunately, our editors will not be able to resurrect the pre-existing credits that have been removed.  Adam you are welcome to re-submit the missing 'uncredited' credits (making sure to include the attributes), for series where you worked on a hefty amount of episodes, you won't need to provide evidence for all episodes upfront, but providing evidence links for a handful per series title will be helpful.

Adam Richards, I may be able to add your credits back (with the necessary appropriate attributes) in one giant filmography expansion submission, but you need to understand that a volunteer would be doing this for you. Nobody has to do this. Understand?

sorry how can you

I figure if I could work out a mechanism to grab data off two HTML documents (the name page as the scrape of it appears on the Wayback Machine and as it appears currently) and sort out the differences between them (as conveyed in replies no. 19,762,382 and no. 19,762,392), then I could probably work out a mechanism to properly fill out the form at https://contribute.imdb.com/updates?update=nm0011291:stunts.add.50. I've been busy with other things (related to IMDb no less) unfortunately. I've bookmarked several threads of this forum that deal with contributor-correctable data/content disorders (of IMDb) that are pending solution or require followup.

There are so many things not necessarily "fulll stop" false but incomplete, mixedup, disordered, confusing, misspelled, poorly-punctuated or grammatically-erroneous with the content of the IMDb. Most of it goes unnoticed because most of the visitors to the site only ever read visit the pages about recent and popular subjects. We also do not have enough reliable contributors. I'd like to think there are 500,000 prideful, reliable, meticulous, active contributors, but maybe the number is closer to 5,000. There 78 employees of IMDb registered on this forum, but we only ever hear from about a half dozen of them at a time during unusually busy weeks, and a small few of them have never even posted on this forum (preferring to process feedback at IMDb's Facebook outlet or somewhere).

Just my five cents from the perspective of a much more humble filmmaker then you (at least so far) as well as a prolific IMDb contributor. I have a rather large filmography. It is actually very much incomplete due to the fact that balancing filmmaking and PhD aspiration I don't have enough time to add all that I did and continue to do, including quite a few efforts of which I'm quite proud of. I could have added all of them bare-bones with only my own needed credit there, as many people do. I can totally understand that, BUT if you really want to make it right on IMDb and you want IMDb be repesentative of what you're adding it requires time and very concious effort.

I would like to ask: how much time you have spent to build up your page as it was before mass deletion? Not in general, per ONE submission? Was it a 5-10 minute adding of a credit without re-checking whether you were in the credits or it was a concious effort with all the need proofs submitted through the form, an explanation added, etc? Because for each such update there is someone spending hours and at times days and weeks in order to go through every single credit just to ensure that IMDb got it right. When I do things like that I always re-check existing listings and add reasonable "(uncredited)" attributes to everyone I find in the stunts section who was not credited because my experience in filmmaking and IMDb data collation suggests that, at times very much unfairly, stuntmen does not get credited properly or at all.

Anyhow, no one is asking you to spend hours on submitting data to IMDb but, when submitting data about yourself would it be so much time wasted to re-check and explain and woudln't it first and foremost benefit you? Because I'm quite sure that as a self-made man working in such a dangerous profession you should be aware of the fact that if you want something done right you should do it yourself. IMDb is mostly there because hundreds and thousands of people volunteer their varying time and effort to constantly update and re-check the data, me included. It is a bit saddening to see when someone thinks that IMDb is only and strictly a company: it is a worldwide community. Paid services are there mainly for convenience of industry professionals and, as simple as it sounds, to maintain such a giant effort since 1990, ensuring that data will mostly be factual and won't be lost due to freak accident as it happened with many great websites over the years.

I mean no disrespect, but the best possible way to have your filmography right is to spend hours on that and having a personal archive with everything of need written down for quick and efficient retrieval. Because even remarkable people rarely have someone to watch over them and maintain their personal biography and list of works. Which is and always was quite unfortunate.