I noticed when i was watching House MD, that season 6 has a small problem,

Is it possible to be fixed?

In order for our staff to take a look, can you post the IMDb title page link to the "House MD" series you are reporting?

I hope it can be fixed.

@Michelle​ Issue originates from someone making wrong edits because I can see all episode numbers were already correct until a while ago. It's of course originally aired as one long episode, there is nothing to determine here, you have that episode listed correctly, just numbers should be corrected. Maybe someone tried to add second part incorrectly but failed or it was merged by a knowledgeable user afterwards but numbers are left damaged. 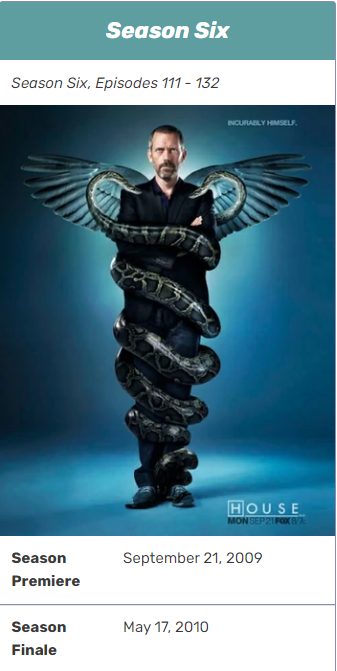 Thanks for the additional details, I see the issue ow and the episode numbers are now fixed.

The order numbers have now been adjusted and should be displaying correctly now on the site.

@Michelle​ Thank you for the fix, i'm very happy with it so thank you ^_^