These two actors have lots of credits on Dutch TV shows which are all totally fake.

A lot of the shows overlap, and they have names listed for 'characters' that never appeared in any of the episodes.

This leads me to believe that they were added by the same contributor who is just blatently adding false information to the IMDb in bulk. There are probably even more actors he has embalished this way.

For instance, both actors are listed as playing the recurring roles of 'Angelo' and Kas' in various episodes of the TV show "Mensen zoals jij en ik" https://www.imdb.com/title/tt1254039/reference

This was an anthology show, and nobody ever played the same role twice, not even the star of the show Kees Brusse. This is clearly fake.

They are also both listed as playing non-existing recurring roles in "Zeg 'ns Aaa", "Q&Q", "Kunt u mij de weg naar Hamelen vertellen, mijnheer" and many other shows. A lot of them are listed as being uncredited, but even if they had been extra's they should not be listed with these made-up character names. Also I noticed that when they do have an order number listed, the number is much higher than all the other characters listed in the cast, ranging from a number in the 40s to the 90s. Again, this shows how fake and incorrect this information is.

Can a staff member please look into this, and hopefully seek out the contributor who has been adding this faulty information?

Also can all of the credits of these two actors be removed? I have already submitted various deletions seperately, but they are taking a long time to go through.

Another piece of evidence: on the aforemented series "Mensen zoals jij en ik" both actors are given the same character order number: 98, even though there were only about 10 castmembers listed in each and every episode.

Here's a third actor with fake credits on Q&Q. There are no other obviously fake credits on TV shows listed this time, only some uncredited work on Dutch motion pictures which are harder to verify if fake or not.

I just found a snapshot concerved by the Internet Wayback Machine showing Jacques Luijer's filmography on the IMDb before it was 'expanded': 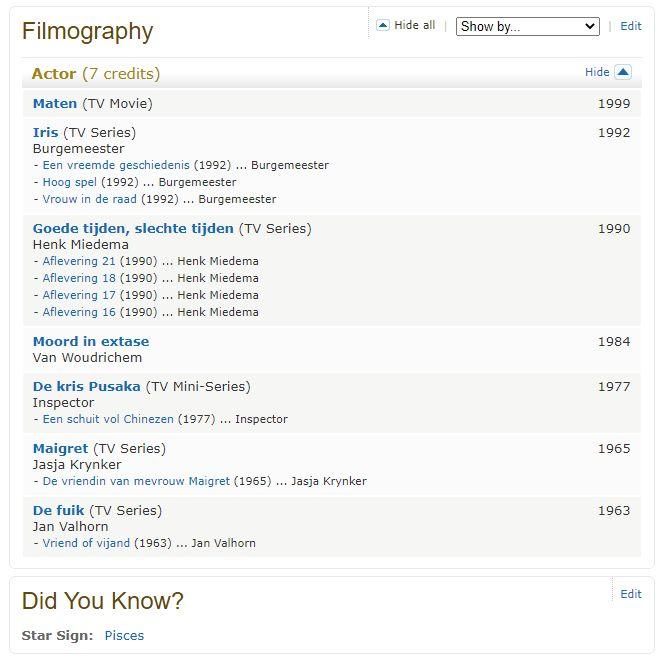 This is what Wil Sibbelee's IMDb page looked like in 2020: 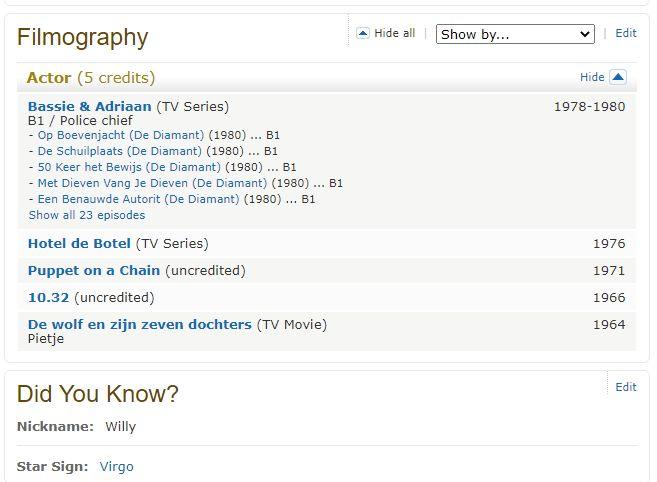 And Miroslav Bares only had 2 credits listed in 2017: 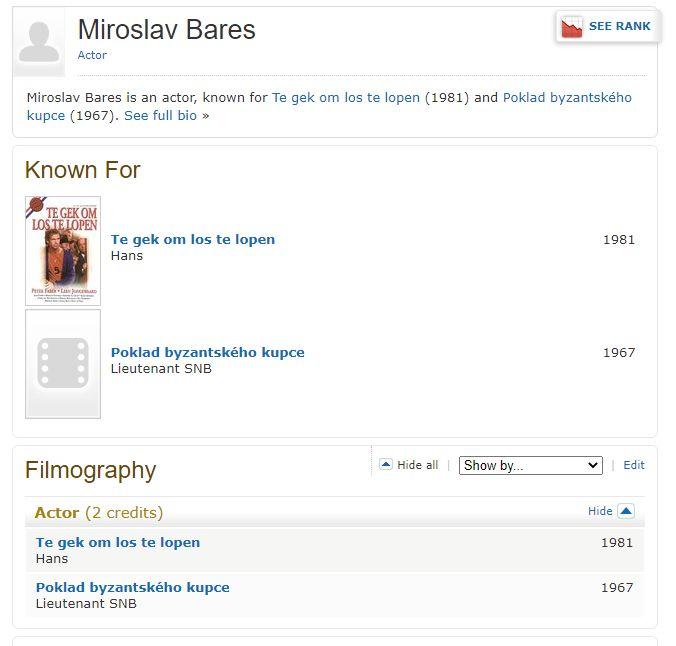 Admins, please remove all the fake credits that have been added recently and if, as I suspect, they were all added by the same contributor, please make sure a restriction is put on on this person's faulty contributions. 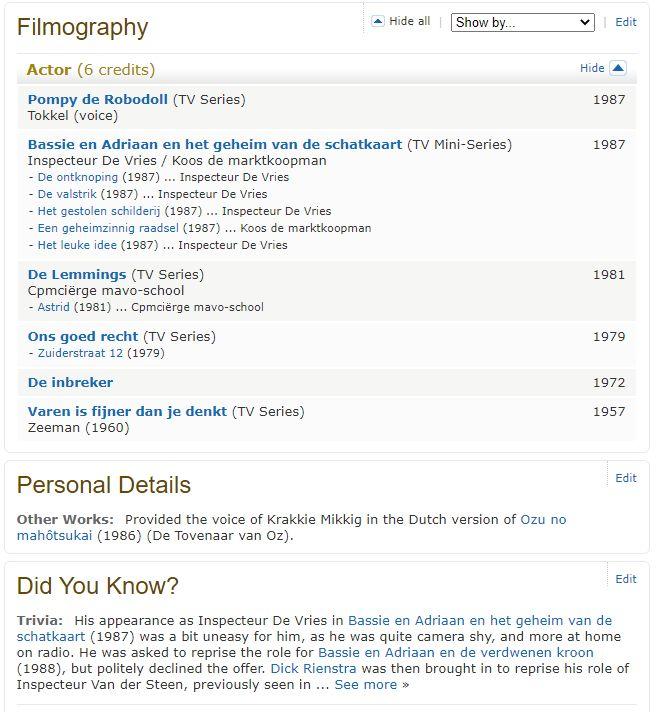 This is getting out of hand. Now I've found particularly nonsensical acting credits have been added to writer the pages of writer Simon Carmiggelt, https://www.imdb.com/name/nm0138471

and movie critic Simon van Collem https://www.imdb.com/name/nm0171732/ (who did perform cameo's in many films, but still).

Here's another actor who only had a single credit in 2017: Emanuel van Gonter

This is the way the page should look: 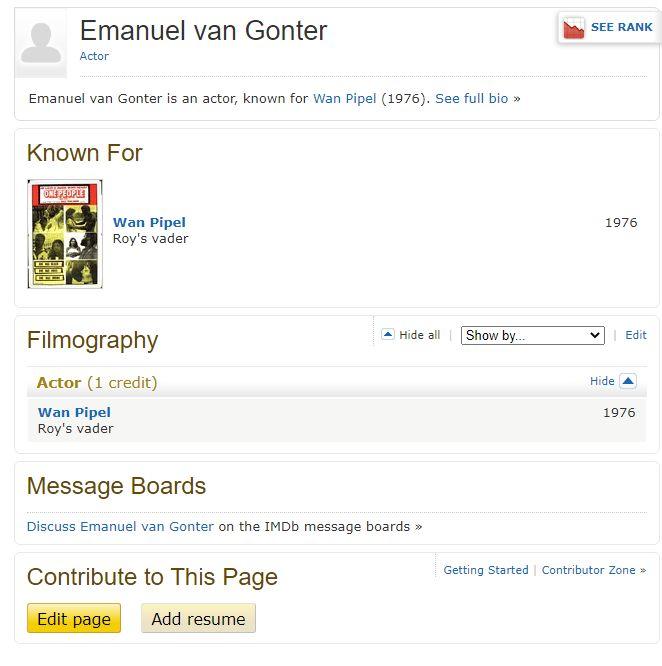 Each time I find another one of these actors with fake credits, I notice the same people I already listed on all of the movies and TV shows involved. I'm sure there are still more that I haven't been able to identify or am not quite sure about. However, it appears to me that most of the actors involved do have actual credits on the children's series "Bassie en Adriaan". It seems to me somebody likes this show so much that they wish to expand all of the actor's filmographies by making up all kinds of nonsense and lies on the IMDb.

Thank you very much for handling this so quickly, Michelle!