The original title of the film is "RAPTURE", it is not "SANGUE SUL SAGRATO".

RAPTURE is the first American film production produced and shot entirely in Italy in 1948 (September-November). It was released in Italy at the end of 1949 with the title "IN ESTASI" and in the United States in April 1950, after a dispute with American customs over a nude scene.

The manufacturers of “RAPTURE / IN ESTASI” were GOLDRIDGE inc. and VOYAGER int. The distributor in the United States was FILM CLASSICS and in Italy FINCINE. The producer of “Sangue sul sagrato” was UMBRIA FILM, the distributor in Italy was always Fincine.

There are several reviews on RAPTURE / IN ESTAS published In Italy, the United States and Great Britain between 1949 and 1951 well before “Sangue sul sagrato” came out. Therefore, this card must be split into 2 cards, one for "RAPTURE / IN ESTASI" and the other for "SANGUE SUL SAGRATO".

The cards must be completely rewritten with the right credits.

The poster must also be changed to the correct one of RAPTURE / IN ESTASI.

Believing that these gross and gross errors should be avoided on IMDB, especially with respect for the authors, actors and workers.
I CAN PROVIDE SEVERAL TESTS.

As I understand, you are referring to this title page.

To clarify, are you reporting that a title split needs to occur?  Wherein there are currently two separate titles, "Sangue sul sagrato" and "Rapture", sharing a single title page and need to be split?

If this is the case, do you have any online evidence to help verify that these are two separate films? 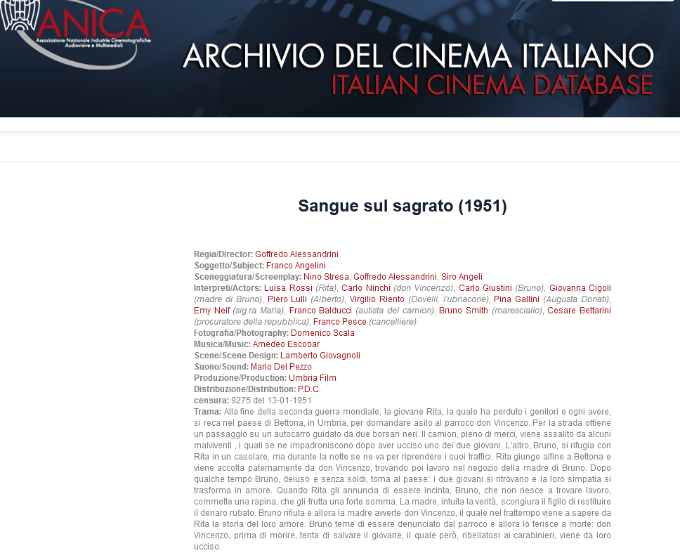 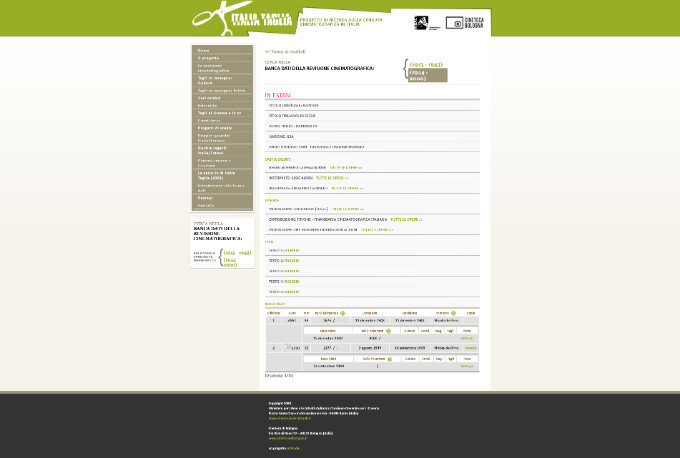 Unfortunately, I'm unable to review the second screen grab as the text is too small to review.  Can you post the link to that online page featuring the film details for "In Estasi"/'Rapture"? 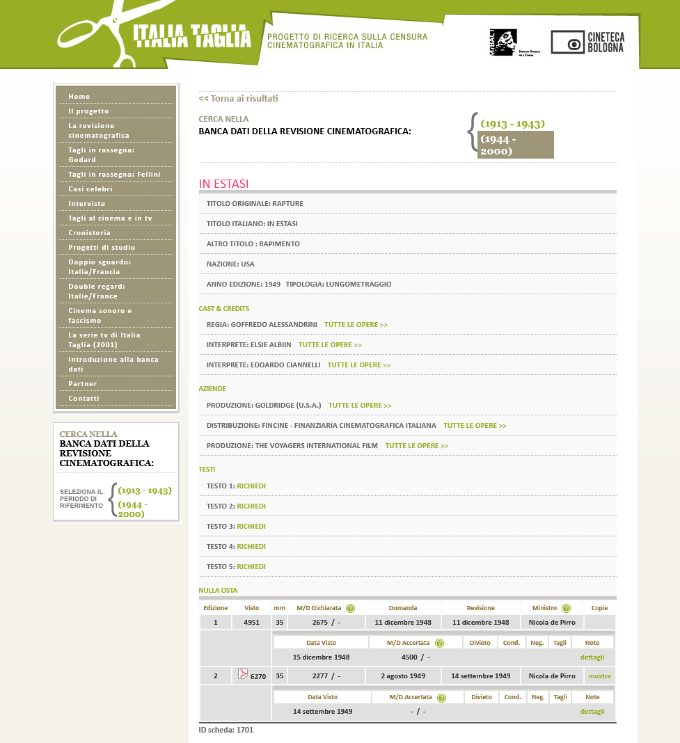 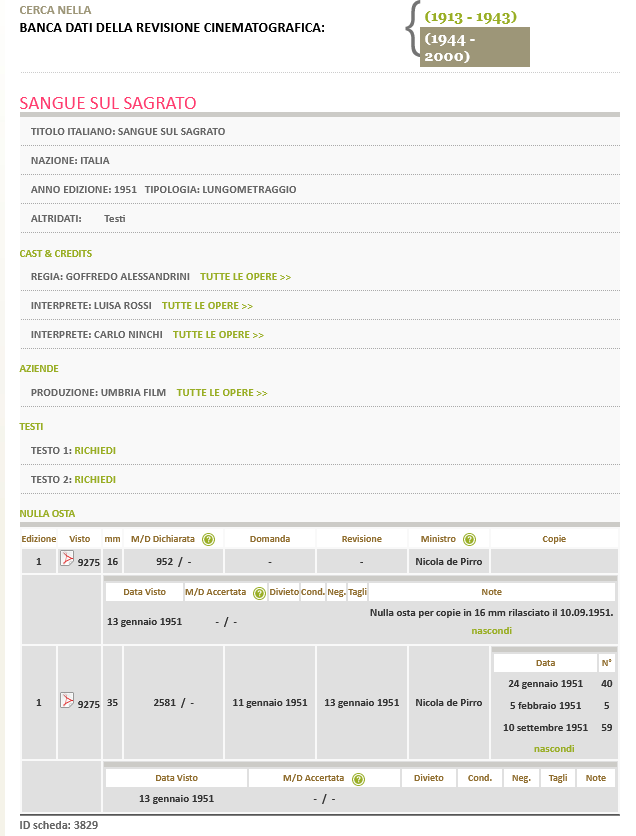 Thanks for all this additional information and sources, I have now split the title pages so that they are now separate title page listings under "Sangue sul sagrato" and "In Estasi". 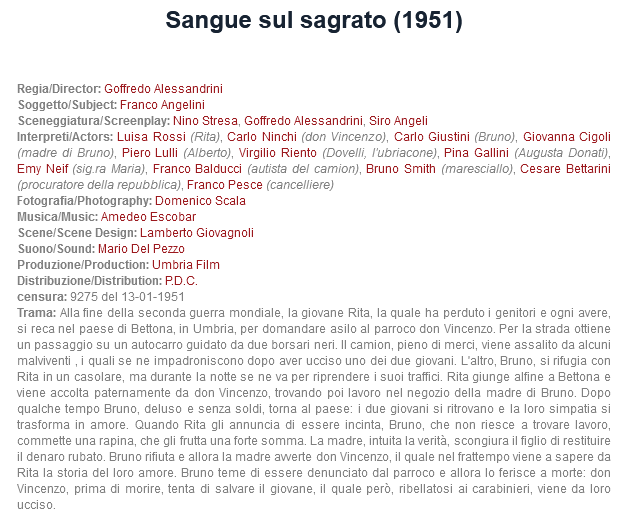 Can you clarify further the exact problems that remain and what changes should be made?

Currently we have the two separate titles listed: 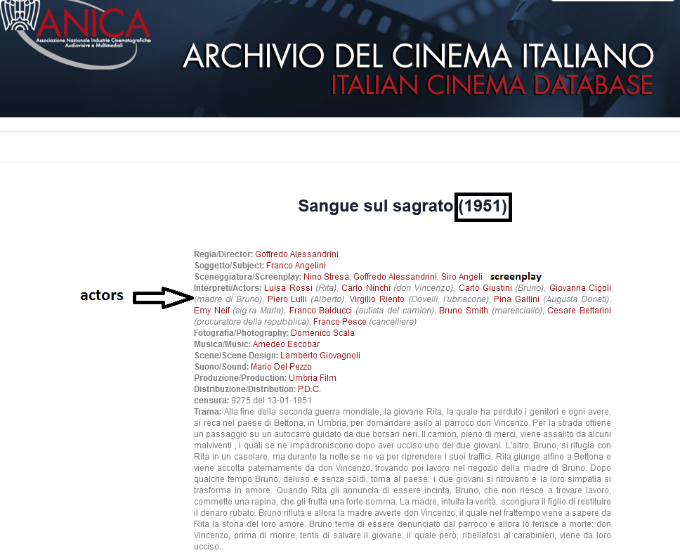