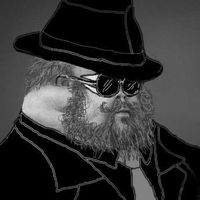 so there's an entry for the series on imdb.

right now there are no episodes in it, only 5 random entries, i wanted to fill the episodes, but there is a mess with the rights and releases.

神探狄仁傑 this is the 2004 release, 30 episodes originally, 27 episodes abridged. this definitely belongs to that imdb entry.

how should i call the episodes? the thing goes

until they reach the next book.

which way is prefferable?

神探狄仁傑 2 released in 2006 this is the second season or a second show. the crew, cast and rights owner are the same. from what i saw on imdb that release model sometimes is treated as a new entry and sometimes as a season.

神探狄仁杰前传 this is a 2010 prequel series. the rights owners consider it to be inside the canon. the main lead is a younger actor Dalong Fu. i think this counts as a spin-off?

神斷狄仁傑 meanwhile in 2010 the original team made their own series 神探狄仁杰 4 but there was a copyright dispute with the rights owners, so that's why the name is different. so https://www.imdb.com/title/tt2579514 should be a separate imdb entry because it's from the same team but from different company, right?

神探狄仁傑之情花金人案 in 2017 there was made a new season. the lead is the same, but the director is new. i think it's inside the original copyright? when they were promoting it they numbered it 5, acknowledging the fourth show, but then they released it with the long name, and later they retroactively renamed it to 神探狄仁杰 4 (or the same but in kanji and with long subtitle) so this should be considered a season 4, right?

秋官课院之狄仁杰浮世传奇 and the {1-3 + 4} director went to make this, with new cast, new lead. so i suppose it should be a separate entry too?

My sincere apologies for the delayed reply.

As I understand the issue, there is a TV Series listing on the site ("Shentan Di Renjie") for which you want to submit missing episodes and seasons for.  However, I'm having trouble understanding the additional issues you reported/asked about.

For the 2004 episodes, you mentioned that they belong to "Shentan Di Renjie", however, you are not certain how to title them on the site, is that correct?  If so, you should use the title text that was displayed on-screen for the episode, if the episode has no title text you should leave the episode title blank and our system will automatically name the episode accordingly (ie. "Episode 1.1", "Episode 1.2", etc.).

Concerning the additional "series" titles that you referenced,  are these sequels or spin-offs of the "Shentan Di Renjie" series?   If so, then these would warrant a separate series title listing on the site.

Concerning 神斷狄仁傑/2010 - was this released as a series or an episode of "Shentan Di Renjie"? If it was part of the existing series, regardless of the company it should remain listed as an episode of that series.

that didn't answer anything

i asked how to name episodes in the first season if there are three books and titles only appear in the first episodes of the books. out of 30 episodes only 3 has names. should i just copy the same name across the entire book in the season? or copy the name of the book and add number1-2-3? or add [episode 1]?