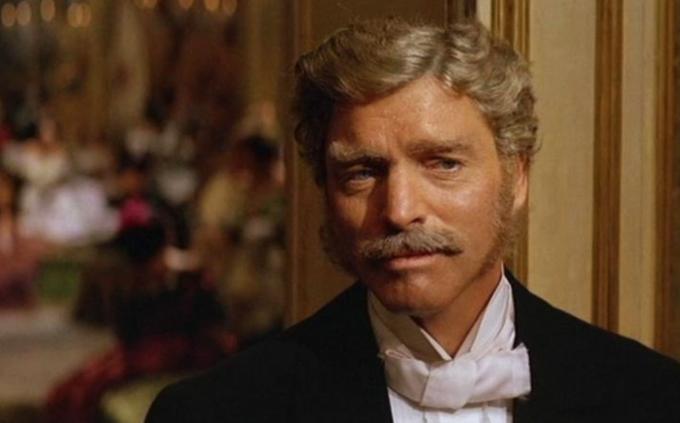 Which one of those stereotypes is the most recurrent and annoying?List: https://www.imdb.com/list/ls080068422/

This one is the one I do not understand, xDThe long and boring film: A true cinephile always prefer long and boring movies.But most of the others I agree with or am not annoyed by.

? ?  This is a list of films whose running time exceeds 300 minutes (five hours). https://en.wikipedia.org/wiki/List_of_longest_films.

I added specifically Shoah, because of its length and reputation. There are longer movies, but Shoah is the longest "commonly" seen movie.

Good list. Other possibilities might include:
Disparage all sequels and remakes except Godfather II
Lauds Birth of a Nation despite its racism.
Thinks any film is utterly ruined by inconsistent or inauthentic accents.
Devalues the merit of all physical comedy after the Talkies began.

Thinks any film is utterly ruined by inconsistent or inauthentic accents.
That.  Is.  Me.
xD

Mark Glass, I added 3 of your suggestions. I didn't add the "Physical Comedy", because it is disconfirmed by very well-received movies such as Modern Times, City Lights, or other Chaplin movies.

I don't think you should have SHOAH as a representative of the "long and boring" film, it's a documentary that can be easily watched if you divide it into 8 or 9 parts... and the subject is too touchy to be associated with the term 'boring'. "2001" is the perfect archetype.

xD
My pet peeve is when medieval/fantasy movies have Americans in the roles.  It bugs me So.  Much.  :/

Elmo, ok fine, I'm gonna replace Shoah because I don't want to cause controversy. But the idea wasn't to categorize it as boring, it was to mock people who say so.

2001: A Space Odyssey is a great idea. The movie is not that long, but this poll is about stereotypes and misconceptions.

As I said the movie is not that long, but a lot of people believe it to be. They think that the last scene or the scenes with the primates are representative of a major portion of the movie.

The point wasn't necessarily to pick the longest movie possible, it was to pick a popular movie with that kind of reputation.

The thing that might make '2001' boring is that it is also a good example of an abstract plot which can be hard to understand.

While I consider many to be wrong, I'm not particullary annoyed by any of them, and I agree with at least one. The one I don't understand is that a true cinephile rejects plot twists. I don't see why should we. So that one gets my vote.

I think many are an exaggeration of reality.

Citizen Kane Stereotype: I'm pretty that it came from the fact that many cinephile consider Citizen Kane as one of the best movies of all time, but it doesn't mean that you aren't cinephile if you haven't seen it. I simply illustrate the fact that you have to have seen some classic/important movies to understand the cinema.


The old foreign movie:﻿ For me, it illustrates the fact that a cinephile is curious about all types of cinema from other countries and different eras.

The top 10: ﻿Mainly a misconception, I come from the fact that when an average movie view looks at our top movies, he is surprised by the variety the movies. In approximately 120 years of cinema, a cinephile's top contains movies from a vast spectrum of years.

The recent blockbuster: ﻿The average movie viewer watch a lot of blockbusters, his references are often limited to mainstream movies. When a cinephile criticizes a blockbuster, it is because he knows how to spot the clichés and the poor directing.

The dubbing: ﻿That one doesn't bother me, because it is true. When you have seen 1000 of movies and you always hear the same 10 voices, it becomes annoying, you are easily distracted by it.

The long and boring film: ﻿A cinephile doesn't reject a movie by its length, this is why the average movie viewer has the impression that the cinephile prefers extremely long movies.

The festivals:﻿ A cinephile can go to festivals because this is mainly where you get to find visionary movies and hidden treasure. Those movies often take more risks.

The CGI: ﻿ I think that it is false causation.

1) They assume that we reject blockbuster.

2) Consequently, according to them, we reject CGI.

The reality simply, we aren't interested in overused CGI, mainly because it impacts a much more important aspect (the acting). However, we aren't against the clever and subtle use of CGI.

The twist: ﻿The average movie viewer doesn't pay that much attention to incoherence. The reality is that a lot of plot twists contain incoherences, the cinephile is able to spot them, this is why for a cinephile an ending needs to be coherent, the problem is not the plot twists.

The sequels:﻿ A lot of sequels are made to gain more cash, this cinephile loves the cinema as an art and doesn't like it when an unnecessary/incoherent sequel destroys the universe of the original movie. For a cinephile, the cinema is not a business or entertainment, it is an art. The cinephile is not only a consumer, he is an art critic.

The Birth of a Nation: ﻿When a cinephile criticizes a movie, he sees it as an art, he rarely judge a movie by its political message. Birth of a Nation while racist is an important and artful movie.

The accents: ﻿This one doesn't especially bother me, because it is true. Accents are an important part of acting, it is obvious that if you don't perform a realistic accent, your overall performance looks worse.

FYC:A true cinephile must prefer to watch movies at the theatre

All added, if you have better titles to represent the stereotypes to propose, it would be helpful.

Thank you, for pointing out my error at #18.

Thank you for making the correction.

I cannot tell you how many times I've made a similar copy and paste error.

'Good idea! (and good poll!)'A few suggested edits:#2 (but also applies to #3 and #10) The old foreign movie: A true cinephile always prefers foreign 1960s movies.   (prefer ---> prefers)#6: I'm assuming you mean "original version?" If so, I'd spell it out and maybe also add "and watched it with sub-titles, if necessary, but not dubbed.)#7: A true cinephile only goes to festivals and the smaller the festival, the better the films.: )

I have done the edits

All correct, thank you.

Thank you for making these minor edits.

Of all my polls, this is now my personal favorite slightly ahead of MCU vs MCU.

I found a good meme representing  #17 (A true cinephile must discover the subtext of a film and share their discovery) on the internet. 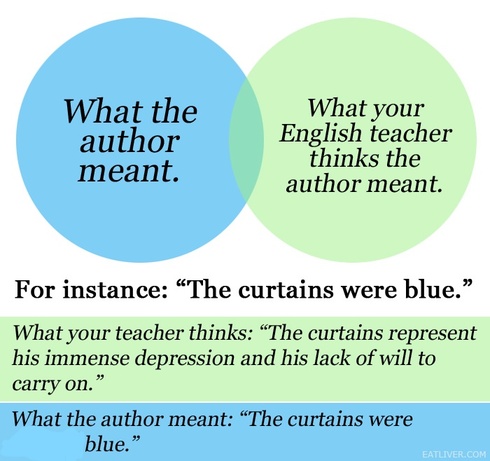 Why did the author write that the curtains were blue if it has no meaning? Sounds like a hack.

cinephile, as someone who actually tries to convey symbolism in one's works, blue curtains example always gets me, because, while overall choice of such things could be contextual (especially true for filmmaking where color means more than in writing), it'll hardly be the important thing in the same very moment.

That said, we achieved the level of postmodernism when using blue curtains might end up a conscious choice specifically to reference that very example.