Celebrating the 4th of July, here's a list of characters who represented a little more than the heroic side of their respective movies, they became symbols of what generally make American heroes shine in and beyond the national borders: idealism, persistence, coolness, bravery and a little je-ne-sais-quoi that make us (foreigners) wish for a while that we could belong to the same place. Which of these American Icons is your number one pick? https://www.imdb.com/list/ls080329642/

Mmmm, I thought of him actually but I'm not sure. He's a hero but do you think of him as a movie icon?

Don't many peole wish that Atticus Finch was their father? The fact that he's number 1 on AFI's list (I'm embarrassed to point this out to you) proves that he is not just ﻿a hero ﻿but one of the quintessential American heroes.

@Elmo I don't know, could be. I fail to see the difference between him and Patton, except one is fictional.

The fact that he's number 1 on AFI's list (I'm embarrassed to point this out to you) proves that he is not just a hero but one of the quintessential American heroes.

I agree 1000% that he is a true American hero as far as heroism for the sake of a better America goes, I wasn't questioning the heroism, rather the iconic status. That's what I wrote about him in my review (the opening):

I wasn't yet the movie fan I am today but the first time I saw the American Film Institute's Top 100 heroes and villains, I could recognize almost every name, I expected a few exceptions but certainly not the number one hero: Atticus Finch, played by Gregory Peck, in the adaptation of Harper Lee's Pulitzer-winning "To Kill a Mockingbird". Seriously, who was that dork who had the nerve to be worthier of the first spot than Indiana Jones or James Bond and that I wasn't even familiar with?And "To Kill a Mockingbird" kept popping up in every AFI list and even on IMDb Top 250, so it was an emergency case in my watch-list of fresh new movie fan etc.  etc.

I do not claim to represent the perspective of the foreign movie lover but honestly, I grew up with many great characters from Hollywood Golden Age, but Atticus Finch never popped up...

Once again, I'll probably add him, just waiting for more suggestions to make one good visit to the list.

My point wasn't really about heroism either, but that to be voted the number 1 American hero, it not only takes heroism, you also need iconicity. From my own experience, I heard about Atticus Finch (or at least knew vaguely who he was) long before I became a movie buff. Americans may contradict me but I think he's very much an icon in America. The book alone is read by almost everyone in school, and Peck's movie Atticus is what made the story even more famous.

FYC: Malcolm X - because there's gotta be a counterbalance to John Wayne and Scarlett O'Hara (yeah I've just seen I Am Not Your Negro...). I don't want want you to make the poll political but the list feels incomplete to me without someone like him.

Problem is: I pick a real-life character if the cinematic version is as iconic as the real person (preferably more) this is why I picked Patton and not Lincoln or Muhammad Ali, because no matter how great Lewis and Smith were, we still picture the real men when we think of these men.

But I think I'll add him, let me just a time to figure how many real-life Americans are eligible.

You have a point there. 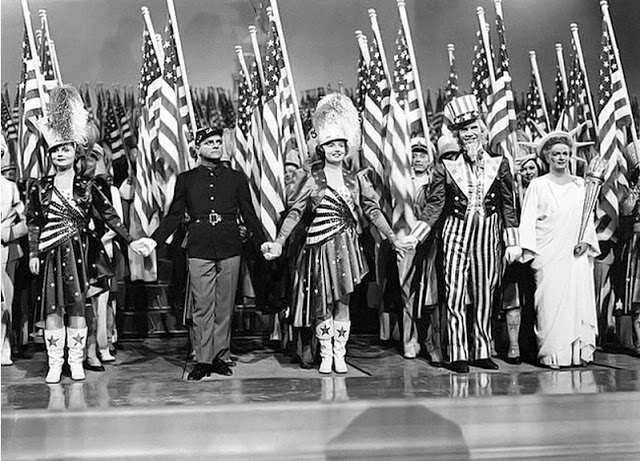 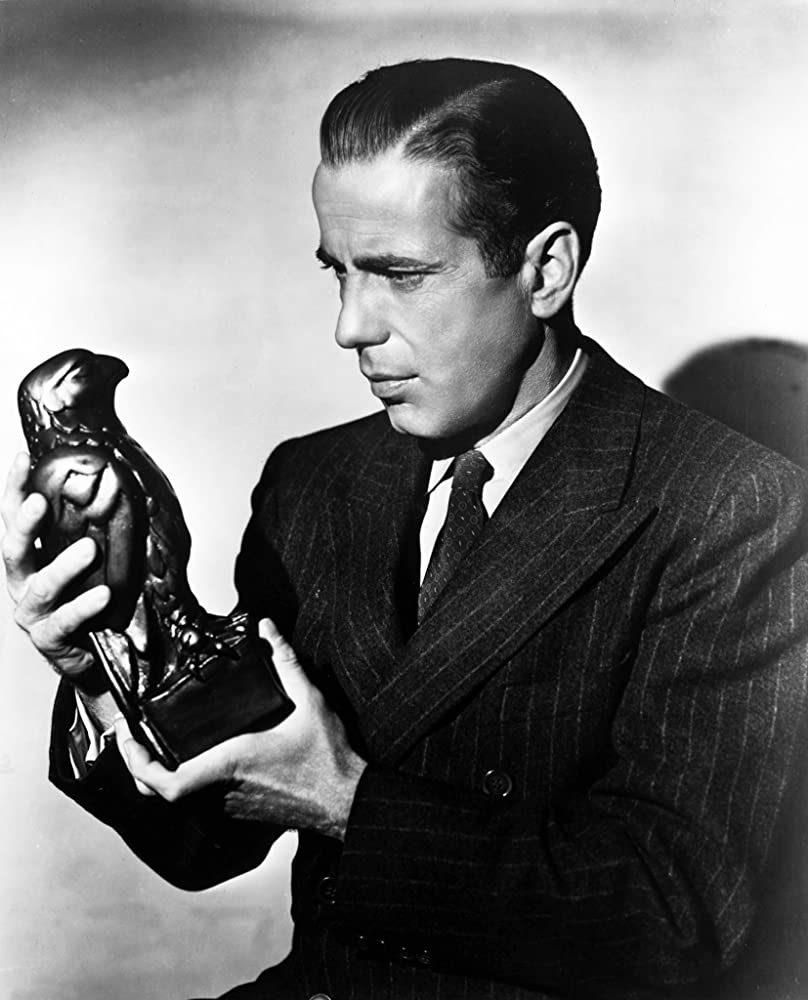 You already have Bogart - can not delete this now

? ?  Pirates of Silicon Valley (1999)https://www.imdb.com/title/tt0168122/referenceBiography, DramaHistory of Apple and Microsoft.Noah Wyle ... Steve JobsAnthony Michael Hall ... Bill Gates- - -  Steve Jobs (2015)https://www.imdb.com/title/tt2080374/referenceBiography, Drama Steve Jobs is largely the iconic name and face of Apple Computers, a company he co-founded. Michael Fassbender ... Steve Jobs  Steve Jobs (1955–2011)https://www.imdb.com/name/nm0423418/Co-founded Apple Computer Inc. in 1977 with Steve Wozniak. - - -  Bill Gates https://www.imdb.com/name/nm0309540/American entrepreneur, business mogul, investor, philanthropist, and widely known as one of the most richest and influential people in the world.Bill Gates met Steve Ballmer whom would soon join Gates in his venture to start his own company, Microsoft.Has a measured IQ of 160, signifying genius intelligence.His net worth as of November 2016 is 81.1 billion..

I consider it complete but I can update in one hour or two, if possible.

I considered the other suggestions but they don't really work, it's not about American icons but movie icons who happen to be American (I'm not even sure I should include Superman).

Chuck Yeager is an American icon but it's not like there are many movie-related posters of him, not like Rocky or Tom Cruise in "Top Gun".  Some would argue that there are many posters of Denzel Washington as "Malcolm X" but then again, the true fans of Malcolm X will have real pictures of him.

The character (even real-life person) must owe the iconic status to a movie. (It's a close call for Superman who's a comic-book icon but I'm convinced Christopher Reeve contributed a big deal to his legacy)

Last option may need a correction:Because there's got AFI's number one hero!

movie icons who happen to be American - I have only just now understood what you're saying. American movie icons, isn't there a place for Cary Grant?
In North by Northwest 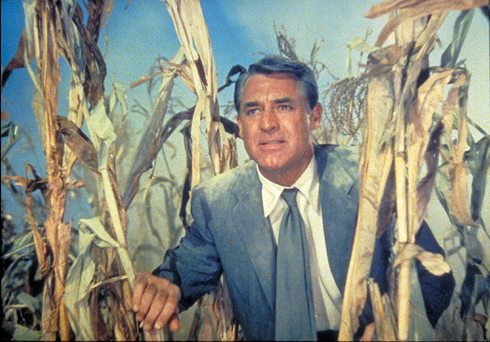 Or in Bringing Up Baby 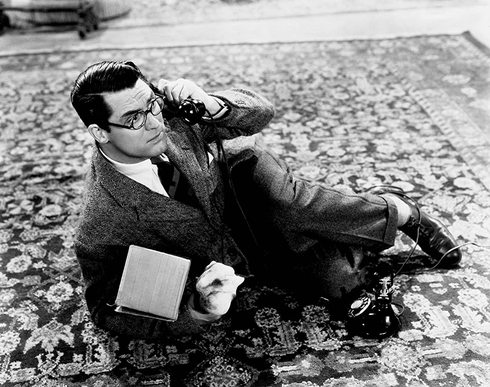 Wow, is this a good poll! This is just another example of why you are the master of poll making, ElMo. And the intro is another example of what makes you such a good writer (it's so beautifully effective that it really made me feel a certain kind of patriotism that I don't often feel).My vote will probably go to either Atticus or Thelma & Louise.May I suggest one tiny edit? (and that's what makes me such a punctuation nerd, lol) Celebrating the 4th of July, here's a list of characters who represented a little more than the heroic side of their respective movies; they became symbols of what generally make American heroes shine in and beyond the national borders: idealism, persistence, coolness, bravery and a little je-ne-sais-quoi that make us (foreigners) wish for a while that we could belong to the same place.FYC:Clarice
Brando in 'On the Waterfront'
Norma Rae
Harriet Tubman
Coach Herman Boone:
https://www.imdb.com/title/tt0210945/mediaviewer/rm2620640256?ft0=name&fv0=nm0000243&ft1=ima...
Oh (!) and Jules from 'Pulp Fiction'
Katherine Hepburn in something (African Queen? Philadelphia Story? Adam's Rib?)
Holly Golightly https://www.imdb.com/title/tt0054698/mediaviewer/rm3403088384?ft0=name&fv0=nm0000030&ft1=ima...

If kindness was a person, you'd be China, ruby :)
Thanks a lot and Happy 4th of July!

I'll try to answer you pretty quickly so I can re-push the list with new changes... the following points only reflect my opinion btw
You're right about Brando, allow me to consider his character in "The Wild One"

Congratulation, I don't remember the last time that someone had 2 live polls in 1 day.

Thanks, it's not that rare. I think it's happened to DC and a few regulars.

I guess it's more common during award season, though receiving two "regular" polls in one day has happened before (the last time was Nov. 2 last year).

Of all the over the top American patriotism flicks I'd have to pick Rocky 4 as the worst. From Apollo's entrance to that speech at the end? Oh it's just awful.