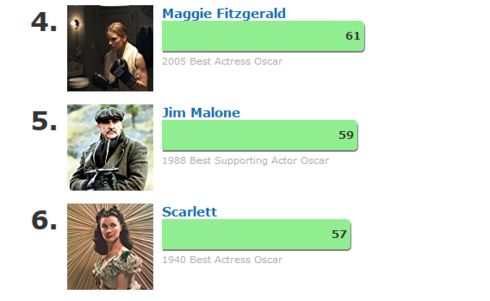 Good Pick, Sean Connery's Jim Malone from the 'Untouchables' (1987) was #5 in the original poll. 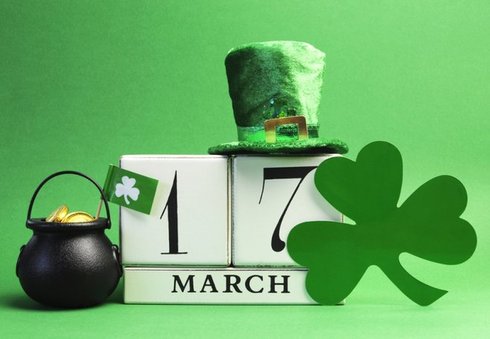 'Great poll! I'm finding it very difficult to choose: there are so many characters that I like. May I suggest two small edits to the title and intro: (below in bold; a colon instead of a comma and a comma instead of a semi-colon)The Oscars: Irish Movie Characters' Pot of Gold?

Irish and Irish-Americans have been extremely fortunate when it comes to striking Oscar gold. While the Oscars doesn't keep records on movie character ethnicity, an informal study estimates about 16-24% of Oscar nominees and winners played movie characters of Irish descent, a percentage consistent with the American general population.

Holly Hunter and Anna Paquin's characters in The Piano are Scottish, not Irish.

It has been a while since original version was created published 04/24/16: Irish Oscars Pot of Gold* (recently republished as 03/17/19: Irish Characters' Oscars Pot of Gold?* ).  I don't remember the specifics of her inclusion. As the question states character ethnicity determined by historical fact, story line, character back story or surname assumption. According to wikipedia, Clan McGrath is Irish in origin. It also has a footnote that indicates "The name McGrath is derived from .... "Clan Macrae in Scotland". Also according the Scottish website McGrath - Electric Scotland "Bardic families, such as the McGraths, claimed that their surname dated from the time of Brian Boru's rule, who became High King of Ireland in 1005 AD".  But, I believe McGrath origins are widely considered to be originally from Ireland. I am aware the plot indicates the ship arrived from Scotland where she and her daughter resided. Inter-country immigration between the adjacent countries was and is common. So, while she immediately arrived from Scotland, her speculative ancestral origins may have been in Ireland. In some cases, poll listed characters like American Hugh Glass from The Revenant are of Scots-Irish descent and were included as options.