The Nutcracker and the Four Realms (2018) debuts 2 November 2018 (USA), it is a re-imagintion from the Nutracker Suite segment in the animated Disney classic Fantasia (1940).

CORRECTED, Thanks, i removed the extra t and deleted the live-action Nutcracker as an option. It gets a bit tricky sometimes, when the original source could easily have been the inspiration. I agree with you, so the option has been deleted. My bad for not questioning Wikipedia as a source, I should have known better. 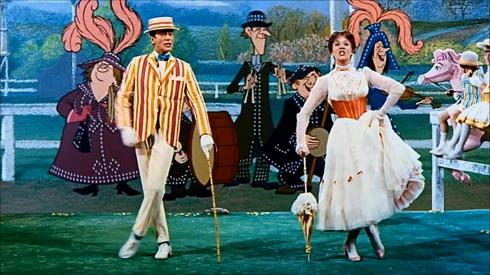 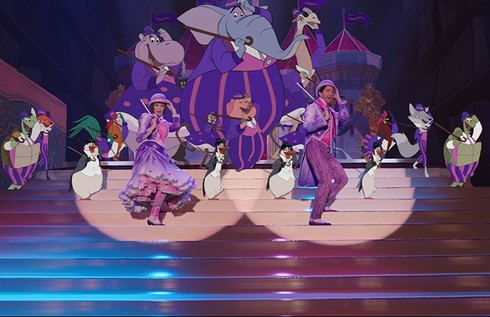 Agreed that Mary Poppins Returns should not be included.

Yeah, it seems pretty clear cut now that the sequel has been released. I guess I didn't now what to expect before it came out. They both seem to have the same mix of live-action and animation.

What are your thoughts on The Lion King? If it's all CGI animation, is it live-action?

On what I know about the remake, so far, its a CGI animation movie is the simple answer. Even, if it is performance capture, I don't think that makes it a live-action performance.It is hard to avoid the use CGi in films nowadays, there are plenty of films were you don't even realize it is being used. Plus, if James Cameron can claim Avatar is live-action and not animated (Avatar, The Animated Film That Wasn't - Cartoon Brew). I guess everything is up for debate. FYI, I don't think he was being honest about the percentage, as the firm that did the CGI work disagrees with him. Plus, Ready Player One could have qualified for a Best Animated Film last year. ('Ready Player One' Might Qualify for Best Animated Feature Oscar ...).  In this poll suggestion, I am using the designations Live-Action for movies with the main cast of characters being live-action and Live-Action/CGI for movies with a mixed main cast of characters being live-action and CGI created. Lion King seems to be a CGI movie. It uses a photorealistic computer animated technique instead of a traditionally animated technique of 1994 film. Even in that film, Computer animation was also used in several scenes, most notably in the wildebeest stampede sequence. Plus, Wikepedia lists the entire Lion King (2019) cast as a voice cast.  I don't see how it would qualify otherwise. Live-Action and Live-Action/CGI movies would qualify for poll inclusion, but CGI movies would not.I am pretty comfortable with the 75% bar the Academy sets and have no doubt The Lion King (2019) will qualify for a Animated Feature Oscar. I would use that threshold to determine whether it is Live-Action or Animated.As defined by the Academy, an animated feature film is defined as a motion picture with a running time of greater than 40 minutes, in which movement and characters’ performances are created using a frame-by-frame technique. Motion capture by itself is not an animation technique. In addition, a significant number of the major characters must be animated, and animation must figure in no less than 75 percent of the picture’s running time.ARTICLES (related reading on the topic)Is Performance Capture “Live-Action” or “Animation?”Should ‘Avatar’ Be Considered for Best Animated Oscar?How Is Avatar Not an Animated Film?'Tintin': Steven Spielberg animates an Oscar debate |Avatar' and the state of the animation art | OregonLive.com

Fun piece on this:

Jon Favreau Made An Animated ‘Lion King,’ But He Still Doesn’t Want You To Call It An Animated Film
https://www.cartoonbrew.com/ideas-com...

ThanksAs always its about money, ego and award consideration. I can understand he doesn't want the movie to be pigeonholed and taken seriously by his peers and the public. When did animated become a dirty word in Hollywood?  Thanks, for passing it along. I found it interesting, as well as, the latest chapter in this on-going issue of labeling animating films.Jon Favreau Made An Animated ‘Lion King,’ But He Still Doesn’t Want You To Call It An Animated Film

I agree.  ﻿Mary Poppins Returns ﻿is not a remake, it's a sequel.  After a little while, I'm going to do a poll with "What Are the ﻿Worst ﻿Disney Live-Action Remakes?"

Thanks, I appreciated your input on this poll suggestion. I was a bit surprised it went live. I wish I had come up with a better title though.

Cruella (2021)Comedy | Post-productionA live-action prequel feature film following a young Cruella de Vil and part of the One Hundred and One Dalmatians (1961) franchise.