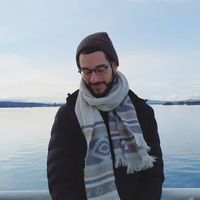 Ratings: Import history and data from other sites

Hi IMDb team. I've been using sites for cataloguing the movies I watch for some years now, but I never started using IMDb itself. At the moment, I have accounts at Listal and iCheckMovies. To start these accounts I had to check and rate all the movies I had ever watched, and it took a huge time to finish it up.After that, I started checking and rating the movies I watched and making up lists and stuff. However, now that I finally want to start rating and checking these movies in the IMDb site, I just don't want to spend a very long time checking all these films again.In the iCheckMovies site they have a feature that makes it possible to import the ratings from the IMDb site, so it is not necessary to check and rate it all again. I was wondering: is it possible to import my history from other sites to IMDb? I asked this to the iCheckMovies team and this is what they answered me:"Hi Renan,That would be neat, but that's up to IMDb to implement. You could try contacting them to make this a feature or to open up their API.Cheers,The iCheckMovies Team" What do you think about it? Other people from iCheckMovies and Listal also supported the idea, so I believe I'm not the only one who'd love that to come true.Thanks for your attention! Please answer me back here or in my e-mail, I'm not sure of how I'm going to be contacted or how I'll be contacted if you answer me here...Renan Araújo.Brazil.

There is currently no feature for importing lists into IMDB, even if they are ones exported from there so they should be formatted properly and everything would join up nicely. This would be useful if people exported their films as a back-up, because some people will accidentally delete their lists and want to put them back (someone has reported it on here already). This shouldn't be too difficult to do, as you can already do things, like copy someone's list into your own.

The problem with importing a list from another site is that without the IMDB film ID (it is in the link) you can't make everything match up completely. This could be rectified through importing by having a page where it offered you the ability to pick the right film. As you can imagine this'd need them to put in quite a bit of time and effort coding it.

There are a couple of options:

* Amazon/IMDB/LoveFilm set this feature up to allow exporting of lists between sites, which would need the ability to link the films together (as I don't think you get, for example, the ASINs on IMDB needed to link the entry there to the specific product on Amazon). This would be a powerful feature as it'd help boost the number of lists on all sites and would probably only need to be coded once (and either tweaked to work on all sites or hosted centrally on one of the sites). This system would then allow importing lists from other sites, which would also be a big boost to the Amazon family of sites.

* If IMDB just allowed you to import IMDB generated lists it'd be easy enough for some web savvy sort to produce a web-based system where you could import a list from anywhere and format it so it can be uploaded to IMDB (there is enough of an API to allow this kind of search from an external site).

It seems there is enough interest out there to create a system to allow the importing of IMDB-formatted lists and see how it goes from there. Fingers crossed this gets addressed at some point.

There are many desktop programs and websites where you can create a movie list, and my oldest personal list is a spreadsheet file. Adding every single movie title from those lists into my IMDB list is not very appealing to me as the lists have become huge over the years. Importing a list of titles(*) in some plain-text format would be very nice to have. At least the IMDB could support import for their own csv exports, that way there is means to bulk-import titles.
(* as there is no officially available imdb-id + title + akas source there are not many programs or websites providing lists that can be exported including imdb-id's values)

I agree with Emperor on the problem matching movies without imdb-id, It is more difficult to match all movies only on title + year (besides the alternative titles). But if one can import a list and given "suggestions" for the different titles instead of a perfect match. That would already be very time-saving.

* Import IMDB formatted lists - this would be easy to implement and would not only allow people to import lists they've exported from IMDB (some people export theirs and fiddle with them in spreadsheet software), but if someone had a list of IMDB films then it'd be easy for someone else to produce a little web widget that'd process this list into an IMDB-formatted lists that could be imported.

* Import other movie lists - as explained above this'd be trickier but not a big chore, just a few forms and a title search: the page could work through each list element and presented a radio buttoned list of possible films based on the title/year search (with links so someone can check them in a new window) so someone can select the right one and move on to the next film. It'd be quicker and easier than working through each film entry and searching for each one, then grabbing the link and using that to add the film to a list.

The first approach would be a good start, and you'd then have some of the underlying structure needed to make the second one work.

PS: Sorry for the long time to answer it, I only received an e-mail remembering me about this today.

That is good to know, it'd make a solution easier to implement - if the lists have the IMDB ID, and we had a way to import lists you'd exported from IMDB, then it is just a matter of formatting the list. ASINs might be trickier - I'd need to check, but usually what they do is do a Movie & TV search using the title, but it might be they have the ASINs stored and we don't see it. The staff should be able to clear that one up.

actually I have no idea what an API is

It is just a standardised way to request and receive data. IMDB do have one bu,t as far as I'm aware, it isn't comprehensive enough for people who want full flexibility.

I see... thanks for the help here Emperor!
Well, then it only depends on the IMDB staff to implement it?

Indeed. All we can do is keep pointing people at this thread and hope it gets enough +1s to rise to the top of the heap and get more attention from staff.

As I say, just allowing people to import lists they've exported from IMDB would be a great first step (and would allow some information from other sites to be imported as well, with a little tinkering). After all, it seems odd to have a way to export your list, but not to import that very same list.

I'm not really familiar with these IMDB lists, as I said I don't really use the site yet because of these rating exporting/importing problems... but if it is as you stated - and I don't doubt it, some of the simplest feature as this unfortunately are commonly neglected in big desorganised sites - they could easily change it, and it would be a huge and simple implement...

Indeed, but one of the advantages of their using this site, is they can see what is popular and they can prioritise the most popular ones. So with a bit of a push this could get implemented, it wouldn't be too difficult.

This would be a useful feature.

Come on IMDb, please do this?

it's the only "standard" feature that is really missing, I have over 2500 movie titles in a standard txt file, csv file or xml, i'd love to be able to import these into a "my movies" list on imdb... This can't be that much work to implement, the only problem i foresee is that if everybody does that, it will be a strain on their servers as suddenly the info from 2500 movies needs to be 'scraped' and put into your lists... On the other hand, plenty of external programs are scraping the imdb for metadata already! I even think that people would stop scraping with other programs and use the imdb app instead of 3rd party software and therefor releasing strain on their servers.... pro's... con's..... what to do, what to do....

I do not think it would be so easy to implement this feature in the case of lists that only contain the name, director, year, etc. Today, when you add a movie on any list on IMDb, usually a window appears with more than one film to choose, because many films have the same or similar names with others.

I think it would be easy to implement only on one condition: if the list had a field with IMDb ID. Consider the following situation: I saw a thematic list which I liked, but did not agree with the inclusion of five films in it (the list in total has for example 100 films). I could export the list to a CSV file, remove these 5 films of it and use that file to create a new list, my list, with 95 films. This is because the lists exported from IMDb comes with the ID, which avoids any need for "scraping" the data.

Like many other websites and also external programs use the IMDb ID in their databases, I could get movie lists even outside the site and include them in IMDb, if this feature was available. Today, it is necessary to include film by film. Fortunately the editing window allows you to paste the IMDb ID, speeding up the process a bit.

PS: When you talk about "external programs", you are referring to programs such as Ant Movie Catalog, right?

As far as I know, this is currently not planned, mostly due to prioritization/resurce allocation (in simpler words: there are other issues or project that are of a higher priority at this time).

This may change in the future, but for the time being we are not looking at adding an 'import' feature for lists, sorry.

Why offer the option to export a list, if you can't import it again? Just offering that as an option would be very handy in case of disasters.

Although it is tedious, a user can manually reconstitute a list from the exported comma separated variable (CSV) file. I've done it and it is not fun. Admittedly, it would be a lot easier to import the list from the CSV file.

The following fields are exported for each type of list. The name, description of the list and comments are lost.

When manually reconstituting a list the most relevant fields are const and description. One can use the tt-constant (Title), nm-constant (People), ch-constant (character) and rm-constant (Images) to directly look up the respective list item. The search results should be unique. The description can be pasted into the description editing box.

If/when IMDb decides to implement a list import feature, the simplest version would be to emulate this manual process.

Really this should be a relatively straightforward script to put together, I'm sure we could cobble something together that you could slot the necessary details into. Granted it'll still need a bit of time from the development team still but it'd lower the barrier for this.