I was updating one of my personal lists and I noticed that while the ranking is correct when the list is displayed, when I went into edit mode a number of the rankings were incorrect. This was exacerbated when I added new films to the list and tried to change their rank. Typically, I would have to enter a rank 3 places off in order for it to show up in the correct order, and sometimes even that didn't work. Other times, when I changed the rank for one film, two other films would change ranks despite not having been impacted by the initial change. And when I add a new film to the bottom, it displays the correct rank (even though the last film on the list above it displays incorrectly).

Additionally, I exported the list to verify the problem, and the rankings in the csv reflect what is seen in edit more and not in live mode.

I've included some screenshots to try and help demonstrate the issue. I've noticed similar minor issues when updating lists in the past, but this is the first time it's been a major issue for me.

Here's the list in live view. You can see that everything appears to be ranked correctly. 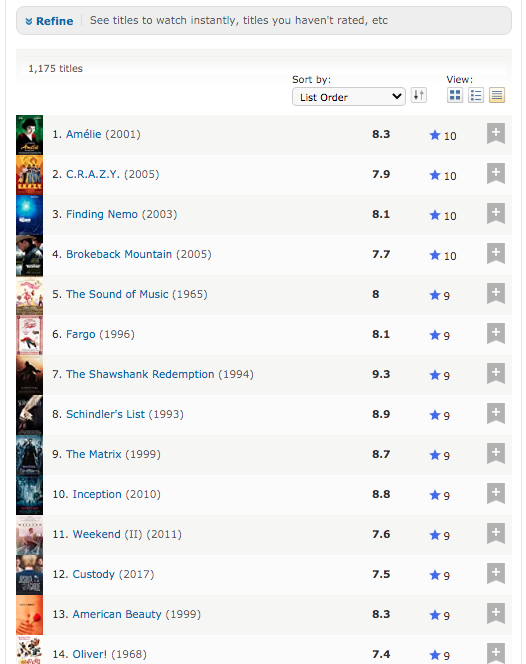 Here's some of those same films in edit view, and in the .csv export (as viewed in Excel - I get the same when viewing in a Text Editor program, but I think Excel is cleaner to display for screenshots): 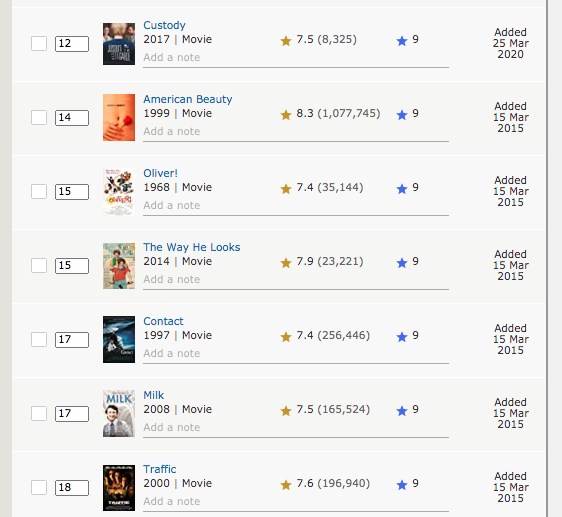 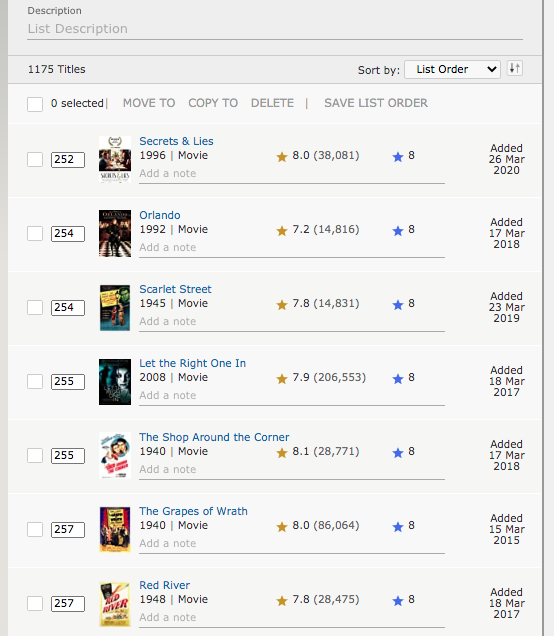 Please supply the URLs to any list effected so that staff knows where to go.

Unfortunately this is a known issue which has some complexity. However as Karen_P has noted - please provide the URL to the lists where you're experiencing this and we'll make sure to fix the ordering for those lists.

Thanks - I've forwarded this to our tech team to help with this.

We've updated the list so that it should now reflect properly when updating.

What was the issue? Is this something that could reappear again in the future?