Effective 3/31/2020, imdb.com/quiz and all existing IMDb quizzes will no longer be accessible.

Thanks for using IMDb!

I didn't even know there was such a thing.

is the fatima movie 2020 available yet

The Questions on Nolan are very hard!  I got only a 6/10.
This is the first time that I got such a bad result in a Nolan quizz.

I thought they were deleting the polls at first ...I suppose it is 3 AM after all ;-)

If the IMDb Quiz feature is no longer available, why do we still see posts related to quizzes on some IMDb name and title pages?Example: https://www.imdb.com/name/nm0000821/ 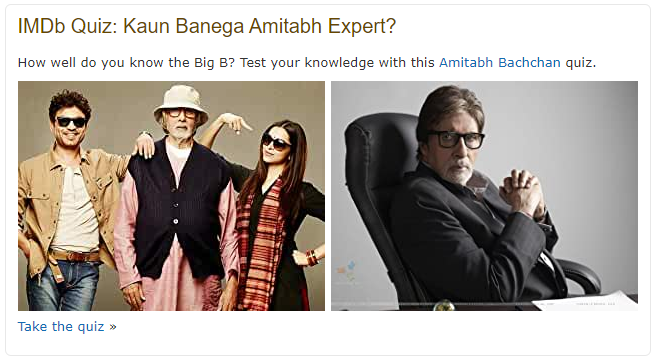 Please fix this. Thank you.

The American way of displaying the date is confusing and nonsensical.  Much more logical to start with the smallest particle (the day), followed by the medium particle (the month), and then rounding off with the year.

I'm an American who happens to agree. Interestingly I didn't used to think about the formatting of dates wherein the month is expressed as a number, until being exposed to the rest of the world through the Internet. This exposure has actually led to me preferring, among other things, to place ending punctuation outside of quotes unless the punctuation is part of the quoted material. I do, however, still nest single quotes inside of double quotes. Basically I'm accustomed to the manual-of-style of the English-language Wikipedia. In my humble opinion, abbreviation of dates are best expressed non-numerically, such as "6 Dec 2020".