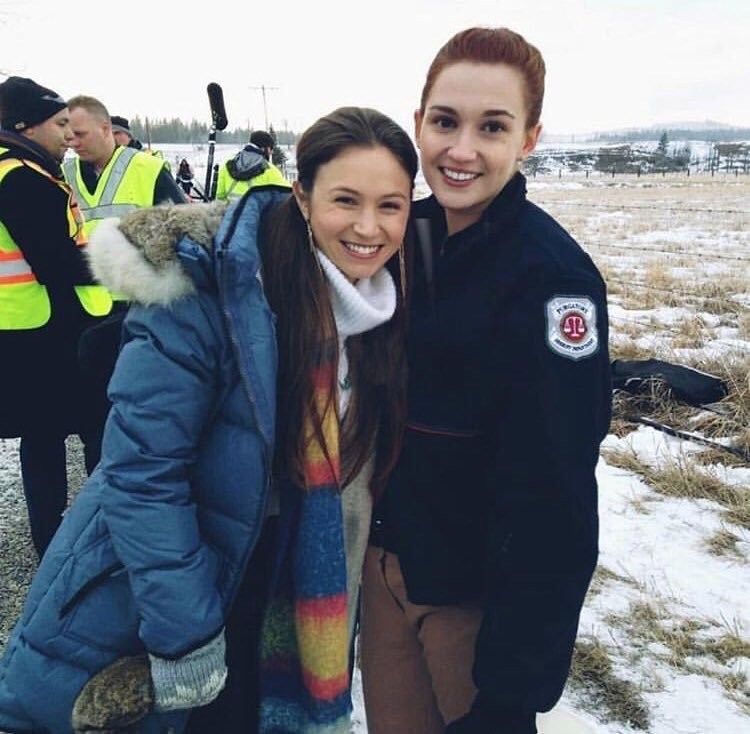 IMDb TV can you help #Earpers and Bring Wynonna Home ?

Hello! I'm Kate and I'm posting this because I want to share something with IMDb TV about the series WYNONNA EARP.

So, I don't know if you know but Wynonna Earp was a Syfy series, but recently they decided that they would not do more seasons, and now Wynonna Earp has no home.

And now the Earpers (fans of the series) are looking for a broadcaster or streaming platform that can save this wonderful series.

This fandom has a huge strength, just so you know, Wynonna Earp despite all the qualities it has, it was canceled after season 3, but the fans did everything to bring it back, and now we have a season 4. And with IMDb TV help I think we can do it again, now with season 5.

Thanks for you time!

Why Wynonna Earp would be an asset to IMDb TV

• It has been nominated several times and has won several awards

• The series talk about important issues

• Has a great story and it's very fun to watch

Why is Wynonna Earp a series that deserves attention?

• It has an incredible story (it’s not tiring, something new is always happening, it’s captivating and it has lots of good plot twists)

• The actors / actresses have a HUGE chemistry between them

• The series gave to the fans a beautiful family. And the Earpers turned the fandom into a community of their own.

• Wynonna Earp has LGBTQIA+ representation like never seen before (and believe me, I've seen several, and no TV representation has reached Wynonna's level)

This representation matters a lot to the fans, you can't even imagine how much! That's why this series has to continue telling the wayhaught love story. They need to continue showing to the LGBTQIA+ fans that they can and should be happy like all other couples.

In Wynonna Earp the queer couples have a happy story, well written and performed.

• Fans of the LGBTQIA + community feel really seen on the screen

√ Female Power (The main character is a Woman)

√ Love has no age

√ Home is where your people are

√ You can be whatever you want

√ A woman can be in high positions

√ The older ones are important

Wynonna is capable to approach a lot of themes and convey a lot of values ​​and teachings, while gives the viewer a brilliant story, great episodes, with incredible performances.

Every person has a place in this series, here all humans can feel represented!

In Wynonna Earp everyone is welcome!

Again, thanks for your time!

Have a nice day you all!

The Sy-Fy cult smash hit Wynonna Earp is looking for a new home for its 5th season. IMDBtv may be just the place that fans and producers have been looking for. It comes with a huge built-in international fanbase who is sure to bring plenty of free attention to any platform that decides to save the show. Check out seasons 1-3 streaming on Netflix now!

Note: This comment was created from a merged conversation originally titled Wynonna Earp

I completely agree! IMDBtv would be a wonderful home for us Earpers.. and everyone’s welcome! 💛

This show has saved and changed lives (literally), the writing is absolutely phenomenal, the cast is sublime, the whole team is like lightening in a bottle!

It has the BEST positive lgbt+ representation, strong female leads, female led content for all those who don’t feel seen.
The Earpers (our faMdom) are like no other I’ve ever witnessed.. having a bad day? Earpers will support you, need a little love? Earpers will love you.. I personally have made lifelong best friends from this show. We’re also a force, we’ve raised so much money already to help save our show!

We’d love to see the story continue, as there’s so many ways for it to do so! And with a network like yours, our fandom will continue to grow and the world will continue to change for the better!
Please please help us save #WynonnaEarp and #BringWynonnaHome 💛

I respectfully disagree.  I feel the writing & show have only gotten stronger with each season.  Season 4 has been my absolute favorite.

If IMDbTV were to be the new home for Season 5 of Wynonna Earp I would happily run to their streaming service.

I have never experienced a similar impact of narratives on people.  From year to year, the fandom has become a safe place for many. Not only 'cause of a positive LGBTQ+ relationship but openness to many difficulties that are rarely discussed like PTSD or depression or showing that being pregnant does not interfere with being a hero. I love that show and people behind for honesty and love put in to building something that is important not only for the eyes but also for the heart and mind.

Wynonna need a home, i hope that IMDb #BringWynonnaHome 'cause there so much stories to tell, so much to see, every season, even every episode it Turn more interesting. But wynonna has been our home for many years, and isn't insane ask for more season, is just have so much to tell yet, IT's can't be over we all the earpers from all over the world, we deserve more, we know we can have more. Wynonna just need a home

IMDBtv please consider picking Wynonna Earp up for season 5! There’s so many reasons why...

- It has won, and continues to win awards

- It doesn’t pretend to be perfect, and therein lies the beauty

- It has changed lives

- It has SAVED lives

- It has, hands down, THE best LGBT representation out there.

- It has an incredibly loyal fan base who will follow and be dedicated to any network that picks it up.

The imdb ratings speak for themselves. This show is a gem that has more stories to tell.

It has a huge dedicated fanbase, incredible writers, talented and generous cast, amazing directors, its filming location of Alberta Canada is stunning and the team there helps give the show a unique look that will haunt you in the best of ways.

WynonnaEarp is not like any other show and it deserves to keep on passing its beautiful message of love, family and inclusivity with its signature wit and occasional monsters.

It needs a new home and Imdbtv could be it... Be the lucky one to give this show a place to live?

Each season is more powerful than the last. The impact this show has had on people is unreal. There are so many more stories to tell. This representation is not only needed but it’s wanted. There is a whole army of found family fighting for the opportunity of a 5th season, and so many others out there just waiting to discover this show and all of the beauty it holds. Please help us ‪#WynonnaEarp #BringWynonnaHome‬ !

IMDb TV you should really think about #BringWynonnaHome ❤️

I agree! This is the best show I have ever seen, they are all amazing people and characters that have changed many lives (including mine), and I know all the Earpers think the same. It is worth saving this show!!!

@viewseralert Totally agree!! Wynonna Earp has so much more story to tell for Season 5 and beyond , I hope IMDBtv can be the new network home.

ALSO, I think it needs to be said that the writing has only gotten stronger in Season 4. The plot lines that have been created from Season 1-3 have been expounded upon in ways that show a clear dedication to excellent storytelling.
There is so much left to tell about every character for Season 5 and beyond. 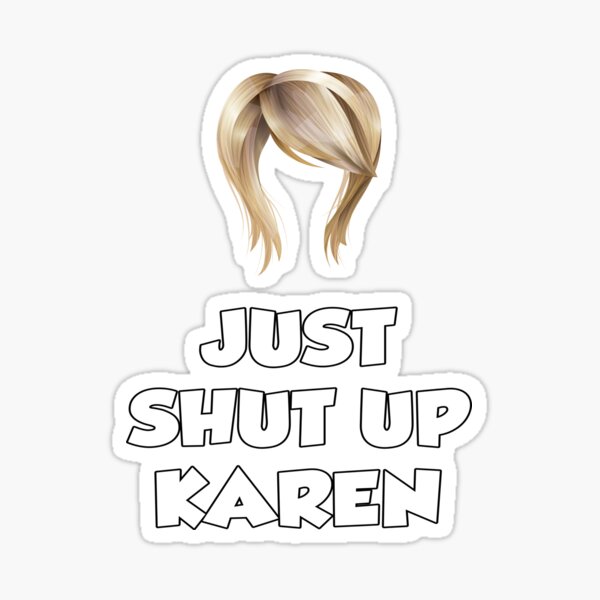 @You guys seem to care about the show more than the cast and writers, from stalking the big leagues emails to tweeting every second of the day & toRaise   more  money for endless billboards that does nothing , just someone flat ask Emily is it’s over , because it’s look 👀 like the cast is done , they help fight for 5 that’s why this is going no where, the cast is out look at Tim & Emily post with fresh eyes 👀

I could not agree more.  Wynonna Earp has everything and more in a television show. The show runner & cast interact with the fans on a consistent basis.   It has a massive following and conventions that are held for the show alone have sold out repeatedly.  There is a market for merchandise (which there is officially none, all fan driven) of which ALL of us are willing to purchase.  So there is money to be made here.  The fans have also spent their own money to campaign to save the show (purchasing billboards in LA & NYC, raising funds to give back to Didsbury, Alberta where the show is filmed, etc).  I would implore IMDb to take a look into this endeavor.  There is potential here.

I agree. This show is special and a diamond in the rough. Bring Wynonna home and the show and fans will give you a 110% guaranteed.

I couldn’t agree more with what the OP said. This show & its cast are incredible. We need to keep this show on the air and promote the positive representation it is giving us. We need more of it, and there’s most definitely a market out there for Wynonna Earp. You won’t regret bringing us home.

I agree 100% everything about this show is amazing! The cast, crew, writers and show runner and location, they are all extraordinary! This show has something for everyone and is very inclusive, everyone is welcome! This show is very much needed as it promotes positive representation and much more of this is needed and there is most definitely a market for it. There are so many more stories to be told in this show that deserve to be told. Wynonna Earp has given so much to thousands of fans and we fans have in turn given to so many great causes and charities all over so please help us bring our show home #BringWynonnaHome

#WynonnaEarp is more than amazing. It has help change lives, and bring people together world wide. It would be a major asset to anyone that picked them up for more seasons.

Well said. I could not agree with you more. This show has created a beautiful community that feels more like a family. The world needs more people like the those in the Earper family. Polite with no chill, caring and kind. Please help us get the word out about our show. It means so much to us all.

Best show on TV, please give it a home!

I completely agree! This show gives you more than entertainment, it gives you a family, representation and acceptance no matter who you are

I agree with every post here! This is one of the best shows out there! I also don't think S*f* were marketing it enough. I only discovered it after the 3rd season. Once i started watching - i was hooked! The community is great! So many positive things could come from a partnership its a Win/win!