Since 1972, the International Day of Forests, previously called World Forestry Day, has been celebrated annually on March 21st. The United Nations proclaimed day is intended to raise worldwide awareness of the importance of all types of forests. The actionable theme for 2023 is "Forests and sustainable production and consumption." Learn more @ International Day of Forests Outreach and tweet in support on the Twitter hashtag #IntlForestDay. In honor of the day, a forest-related movie poll and a reminder that a world without forests would be a true horror story.

Which of these horror movies* that uses a forest, a jungle, a swamp or the woods as the backdrop is the scariest one of them all? * one dedicated answer slot per movie franchise

What about Just Cause?

Yes, the answer pool is limited to horror movies only. The number of Forest, Jungle, Swamp or Woods set movies is huge. I already have split the pool into three separate polls, just within the horror genre.  One poll focuses on just Forest, Jungle, Swamp or Woods locations only, another one adds the House-in-the-Woods element and a final one adds multi-structures, such as Summer Camps, Resorts, Etc.  Combined, these three poll suggestions with minimal overlap yielded more than 100 well-seen answer options. So I think the scope should be narrowed rather than broadened. Plus, I don't see the other genres being in the hunt when the scariest question is asked.

Thanks, I wasn't even thinking that there might be other genres that are forest set.  It could be a good poll idea to do one on another genre, in support of the International Day of Forests.

After destroying a Seminole fort,
American soldiers and their rescued companions
must face the dangerous Everglades and hostile Indians in order to reach safety. 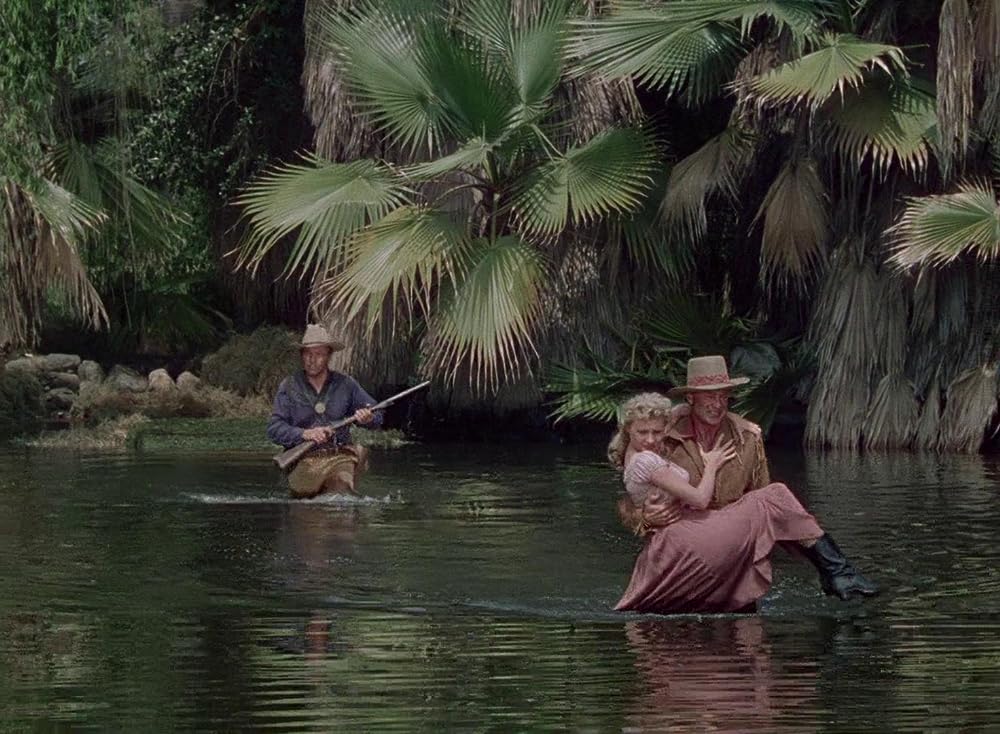 This film contains the first known instance of "The Wilhelm Scream"
(a sound effect of a man screaming, since used in over 400 other movies,
different variations of the sound effect
are heard throughout the movie,
heard two or three times during a fortress battle sequence
when two soldiers are killed and let out Wilhelms.

The Everglades is a natural region of tropical wetlands

in the southern portion of the U.S. state of Florida,

@ACT_1​ Thanks, this title slipped under the radar for me. I am personally interested watching this movie for two reasons: 1) I am a big Gary Cooper fan 2) I like Westerns a lot, but I haven't seen many "Cracker" or "Florida" Westerns. This title fits the bill in both regards, it is as a result at the top of my watch list.

As, I pointed out above there are far too many qualified titles and not enough spots. One poll focuses on just Forest, Jungle, Swamp or Woods locations only (with minimal interaction with human settlements or structures), another one adds the House-in-the-Woods element and a final one adds multi-structures, such as Summer Camps, Resorts, Etc.  Combined, these three poll suggestions with minimal overlap yielded more than 100 well-seen answer options. 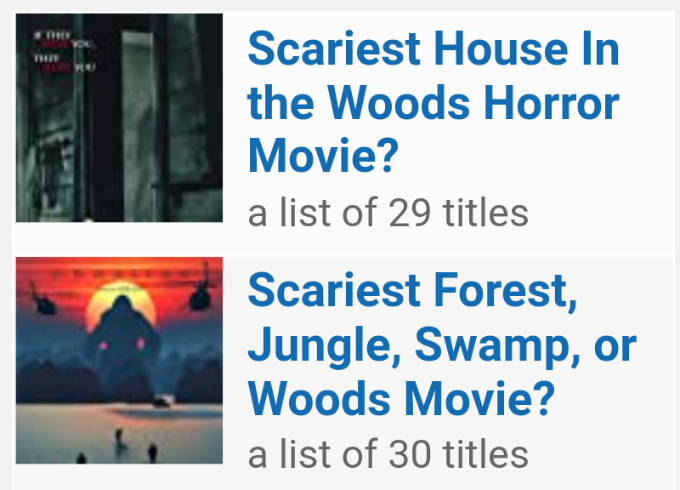 While, most of this Distant Drums movie is focused on the jungle trek through the Florida backwoods and swamps. The size of the traveling party and their visits to an Indian Village, a huge masonary Spanish fort and another location that provided a fleet of boats doesn't give the remote vibe that the other films in these three poll suggestions have. I was already eliminating movies that had small forts in them, as being beyond the poll scope. Plus, most of the forts built during the Seminole Wars were modest or temporary structures that were only manned for a couple months before being abandoned. The more permanent ones were something like these depicted below. 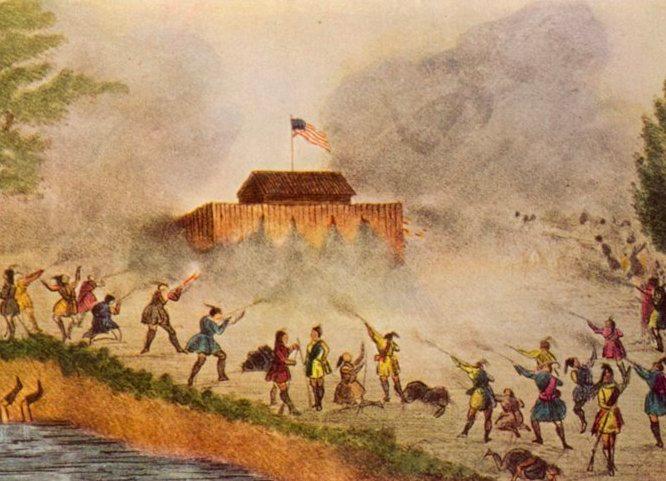 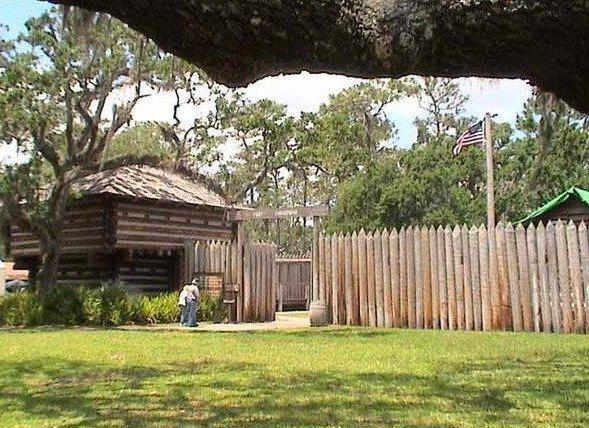 They certainly were not the size of Spanish fort depicted in
Distant Drums (1951). The real-life fort is the site of the oldest European-founded permanent settlement in the continental USA. It also had a city just outside its gates and housed several thousand people during the sieges in the 1700s, a century before the Seminole Wars, that were depicted in Distant Drums. I will makes final decision once I watch the movie, but I am not hopeful it will make the cut for the reasons cited.
Distant Drums Spanish Fort 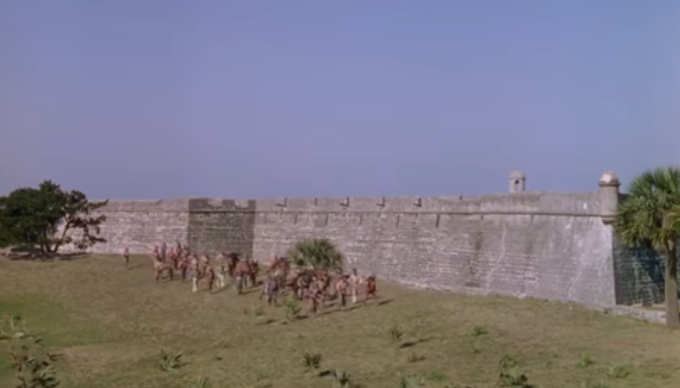 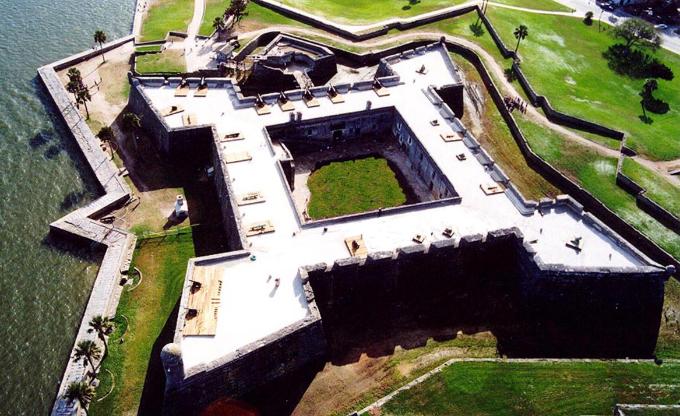 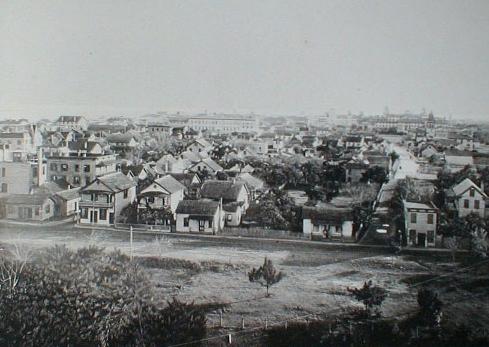 This poll suggestion is ready for publication