P.S.: Congratulations Starfighter, What Small Fighter Ship Do You Want to Command

(In my best Centauri’s voice* impersonation) “Greetings Starfighters! You have been recruited by the United Star League of the Star League, Starfleet, The Rebel Alliance, Battlestar Galactica, The Brown Coats, and all the other good guys to defend the frontier against combined the Evil Axis of Power of The Empire, The First Order, The Alliance, The emperor Ming, the Cylons, the Ko-Dan armada and every other evil space force. As Starfighters, you be allowed your choice of one to four manned small fighter spaceships to pilot. So which one do you want?” “If you don’t see what you, just described it to me or my associates, Hans Solo and Chewbacca over here and will see if we can procure you one. If it belongs to the other side, shall we say, not admitting to anything illegal or unethical, of course, shall we say “Liberate”** you one?” “Just remember: 1, always trust Centauri, and 2, these ships are for fighting only. They don’t come with beds, toilet or a kitchen like a space yacht. I often wonder how Skywalker survived that long trip to Dagobah in that X-wing fighter with no bed, or toilet. Just food packs. Barbaric.”

* As a salute to Robert Preston’s last film performance in The Last Starfighter (1984).
** AKA: steal from the enemy.

Will give you the details when it is approved by IMDb. "IF" that is!!! LOL 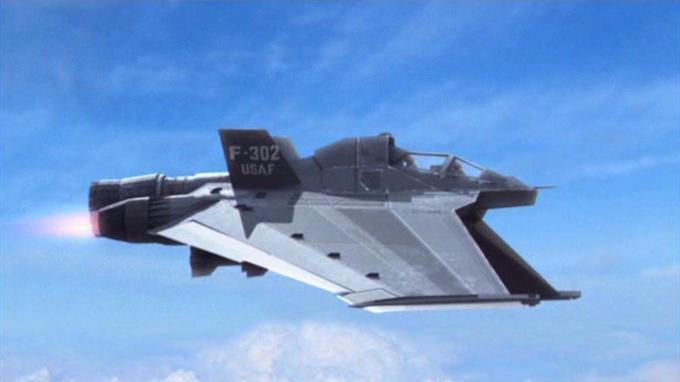 @K_PAXTON what is it and from what film or tv series? I got to search for it.

You will not find it. I am submitting it to IMDb for approval.

The F-302 fighter-interceptor is the production model of the X-302 hyperspace fighter, an air and space superiority vehicle operated by the United States Air Force, the Russian Federation and possibly the People's Republic of China. It is Earth’s first viable space-worthy fighter-interceptor.

and we can not use this @ACT_1 why not? Just joking. What is worse is that I can’t find one for Star Trek. I don’t ever remember them ever using one. It was always a starship vs starship which would equal cruiser or battleship vs battleship. Oh they had shuttles. But the smallest thing I have ever seen was the Klingon Bird on Prey scout ship (12 man crew) used in Star Trek 5 and 3. Maybe a runabout (Star Trek Deep Space 9). I haven’t screen Star Trek Discovery yet. Did they have something there?

Here is the last one. 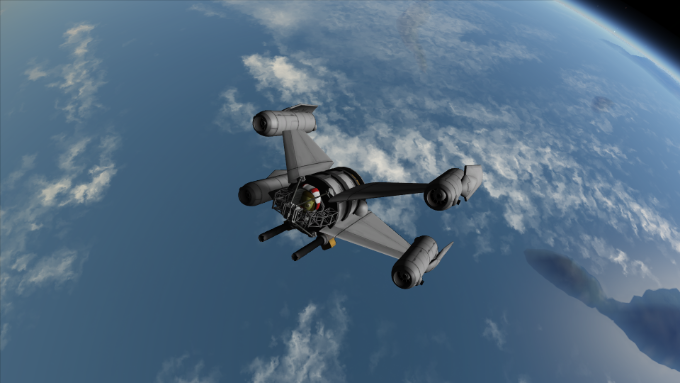 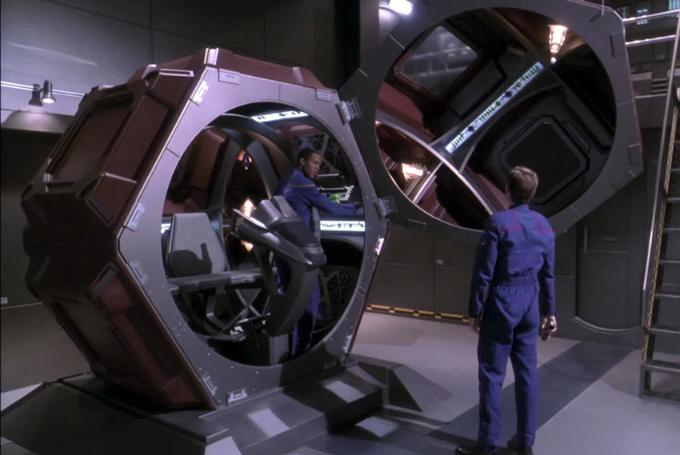 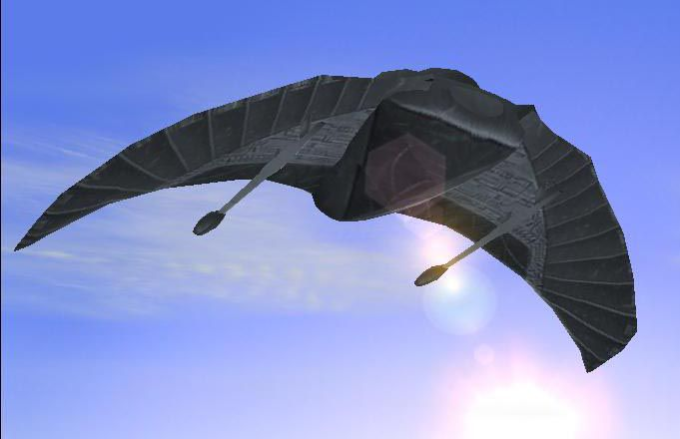 Great idea for a poll. This website may be helpful, especially under the categories Anime & Manga, Film and Live-Action TV:

Star Trek: Largely avoided Space Fighters in favour of larger ships, but they did show up on some rare occasions, mostly in Deep Space Nine. The Maquis used small ships somewhat similar to Space Fighters, and some rarely-seen old Bajoran ships fit the bill. The Dominion had ships called fighters, but these were really small warships, and had enough space for a full-sized crew. Usually, it seemed large ships in Star Trek had weapons both accurate and powerful enough to easily take out fighters, no matter how small and manoeuvrable (which would certainly explain why they're rarely seen). ...

@dan_dassow I got to work on this latter because your post suggested Bajoran ships (runabouts) and the Marquis.

The Death Glider is the primary fighter spacecraft used by the Goa'uld. They are capable of both atmospheric and space flight and combat. They are primarily armed with two staff cannons and piloted by two Jaffa.

Suliban cell ships were the primary ship types used by the Cabal during the mid-22nd century. They were armed with particle weapons and equipped with cloaking devices.

@K_PAXTON they both caught my eye with the x wing configuration and the other looking suspiciously like the Klingon/Romulan birds of prey with the long nose like command section cut off. But then, I suspect they were influenced by the spaceships use in The War of the Worlds (1953) and Robinson Crusoe on Mars (1964) which were based on the Manta Rays. Hey, the ones in WotW are flying down city streets which mean they are not that big and they constructed (3) from the ships the martians arrived in. Are they fighters? Not much is known about the ones in RCoM but they don’t look that big ether.

Hey thanks for inadvertently reminding me of the older films. It always pays to check the old with the new. It is just forget about Flash Gordon. I have already checked and their spaceships are to huge.

Here is the last one.

All this is still is going to go on.  I haven’t forgotten. I just have to check my copy of The War of the Worlds (1953) for what the ship does (They describe it in the film). It is funny that what we call “Shields” today that called it “Electro-magnetic covering/ Protective Blisters”.

i can’t use “The War of The Worlds” machines because the used 3 electro magnetic beams as legs to walk. But I can still use “Robinson Crusoe on Mars”. They flew!

@K_PAXTON they are on but I had to used liberated because most of them were used to attack the force that was shown as the good guys.

The Suliban ships and the Jaffa piloted ships were indeed stolen on occasion and used by the good guys!!!!

Typos: If you don’t see what you want, just describe it

Done. I’m still not done with this poll yet. I still got the two Independence Day films to do.

You got any suggestions?