Which movie from the DC universe do you think is the worst?

I think many will say Catwoman (2004) or Batman and Robin (199?) but I'm going to go with an unpopular choice and say Man of Steel.I really was not impressed by that movie.

Question changed and all the suggestions added (except Batman which will be in theatres in 2021). Perhaps you can suggest 3-4 movies so I can get rid of the Superman sequels.

Btw Road to Perdition is based on DC comics? Wtf I didn't expect that! 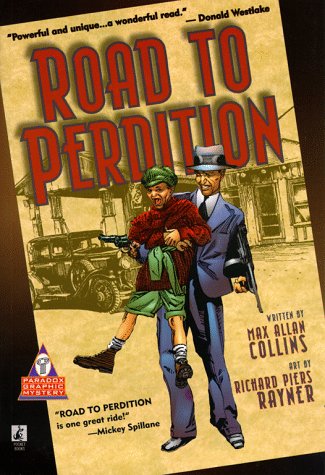 =====
Here are some more DC films:One more honorable mention, I'll leave it up to you to decide:> The Lego Movie (2014) - All of the superheroes in this movie are from the DC comics. This is probably because the distributor of the film is Warner Brothers, which is owned by Time Warner, which also owns DC Comics.(But I don't personally consider it a DC film, Warner Bros. abused their power, lol.)

The Lego Movies (2014)I don't believe that The Lego Movie is eligible, it also features characters that are outside DC like Gandalf and Abraham Lincoln.

cinephile , it honestly has too much official legit DC elements used not to count it, I'd say.

All the suggestions added!

I had forgotten about Constantine (2005). (It was profoundly forgettable.)

Surprised to see it has a 7.0 average. I thought it was really, really bad.

Abi, it's interesting how polar opposite some of our opinions get when it comes to DC movies. :)

You have to add the new Birds Of Prey / Harley Quinn movie.

It's already in the list. I don't think it's that bad. It's at least way better than the suicide squad.

Paok-Kilkis, I sincerely like both movies unironically as something very close to 80's and 90's awesome WTF b-movies plus some of my favorite DC characters.

One more suggestion:It'd be nice if your re-order your list from the lowest-rated film to the highest-rated film.Unless you're hoping it to be featured on the homepage.Thank you.

I prefer to keep it as it is. Thank you though.

DC Comics films are, generally speaking, really dissapointing for Me. But I think the worst so fay is Suicide Squad.FYC:Superman IV is generally considered one of the worsts, you should probably add it The League of Extraordinary Gentlemen was painfully bad, it may get my vote if you add it.Swamp Thing may be there for varietyI also think you should delete the LEGO Movies, it has one character based on a DC Superhero, but is otherwise unrelated to the comic books and has no relation to the company. You already have The LEGO Batman movie to cover that.

I don't know why there are movies in the list contain most of the acclaim movies in the world. In my opinion, the list its too subjective if not prejudice. I suggest change the title to be IMDb Poll Member's Worst DC Movie.

The list includes almost every DC movie, of course with all the movies that go straight to video there couldn't be enough place on a 35 choices list. Also, often the most critically acclaimed movies are the ones that got the most dislikeThe movie with the highest rating on the list is The Dark Knight, but this movie also has 29000 1/10 which put it right behind Batman and Robin which has 40000 1/10﻿﻿.

So to be objective you have to include ﻿﻿﻿﻿acclaimed movies like﻿
The Dark Knight Trilogy﻿
Joker
V for Vendetta
etc.

Paok-Kilkis,Could you please mention "Joss Whedon's cut" under #8 - Justice League (2017)?Thank you in advance.=====Check out this fantastic teaser of Zack Snyder's cut of Justice League. This 35 seconds video is way better than the whole Josstice League movie.This doesn't belong in the "Worst DC Movie" list or this thread; I'm only posting it here to show y'all how different the real Justice League movie is than what we got. I hope you understand.

Paok-Kilkis,You accidentally put it under #7. Please correct it. Thank you.

Paok is under no obligation to specify "which cut" belongs on the list.

In fact, the Theatrical Release of a film is considered to be THE primary "cut" of said film.

They can later release Snyder's cut, or an "Extended Cut" or Donald Trump's cut.

The theatrical release, i.e. Whedon's cut is and always will be the primary version of both Batman V Superman & Justice League.

Joss Whedon didn't direct 'Batman v Superman: Dawn of Justice' or has anything do with it.

What are you talking about?

Excuse me.Replace "The Whedon cut" with "The Theatrical Cut" for Batman V Superman.Sorry, as a non-OCD non-autistic, I mess up with details occasionally.

These little details matter the most.And for the record, if you carefully re-read my message up there, it's was a request. I didn't obligate, as you say, Paok-Kilkis to do anything.

Adventures of Captain Marvel (1941) isn't a movie. I'm pretty sure it's a serialized series of short films (that's not properly reflected in the IMDb page). If scroll down the cast list, you'll see that actors are assigned chapter numbers.Quite like https://en.wikipedia.org/wiki/Batman_(serial)Here is the proof:https://en.wikipedia.org/wiki/Adventures_of_Captain_Marvel

It is listed as a feature film on IMDb.

It was also re-released as a full four-hour-long feature film according to the Wikipedia link you've provided.

And as you can see the highlighted text in the screenshot above, I think that's enough said for this film to be included on the "Worst DC Movies" list.

I'll leave the rest to Paok to decide.

Adventures of Captain Marvel (1941) is a film serial. An antique format, which precedes TV series and is added as singular entity on IMDb in most instances, so far. They're really a middle ground between a series and a feature film, because they're often a bit of both with edits.

As for 'worst', for 1941 it really isn't. It's odd, but it certainly tries and, sometimes more so then the Batman (1943) serial and definitely much more than Captain America (1944), adapting quite a few aspects from the comics. The action is also more solid than in some of the entries and the special effects are really impressive, as well. The used a flying model of Captain Marvel and it looks really good.

The Adventures of Captain Marvel was filmed when the character belonged to a company called Fawcett. It did not become a DC Character until the 1970's when Fawcett went broke and DC bought all the properties.

Pencho15, true, Captain America (1944) was a the time Timely Comics as well, not Marvel.