Poll Suggestion: The Most Famous Deaths Throughout History

Life and death is a common thing to everyone who has ever lived. But, some deaths lives more that the death itself, even some made a different and changes the way of people life right now. Some stand out, either due to the life of the person or because of the way they died. Here is the list of famous death that will remembered throughout history. Whose death do you think the most influential? "If a man has not discovered something that he will die for, he isn't fit to live." Martin Luther King, Jr.Easter is near, so I guess this is fit for the timing.List: https://www.imdb.com/list/ls094356327/

For your consideration: Mahatma Gandhi, who was assassinated only months after India gained independence. The assassination was depicted in Gandhi (1982).

PRINCESS GRACE`S FATAL CRASH: HER DAUGHTER`S ACCOUNThttps://www.chicagotribune.com/news/ct-xpm-1989-10-23-8901240679-story.html On Sept. 13, 1982, Princess Grace of Monaco was killed when the car she was driving somersaulted over a cliff. ...... The accident that claimed the life of the former Grace Kelly captured the attention of the world. Nearly 100 million people watched the funeral of the former American movie star on Saturday, Sept. 18: Her husband, Prince Rainier, in his uniform, shattered with grief, his oldest child, Caroline, veiled in black, reaching out to touch him. His son, Albert, walked at his side, holding his father`s arm. ...

Thank you for adding Grace Kelly, Princess of Monaco.

Aeschylus. It has been said that he died when an eagle dropped a tortoise on his bald dome, mistaking it for a rock. (Although his Wikipedia page notes "this story may be legendary and due to a misunderstanding of the iconography on Aeschylus's tomb.")

I think he's "less famous" compare to other on the list. Maybe you could suggest another?

Fair enough. I'll chime in again if any others come to mind.

Added Caesar, Joan of Arc already in the list, thanks.

Rasputin and Ferdinand added, minus Garfield. Great suggestions, thanks.

I don't understand why James Garfield isn't included, he was president of the US when assassinated. You already included Lincoln and JFK for the same reasons.

The impact of his death not as strong as Lincoln and JFK. But, if I missed something here, about Garfield, I could just added him.

cinephile, wanted to suggest Rasputin as well. It takes a special kind of death to coin a new term which means having a long protracted and torturous death.

Good one, but I think his death not really have a great impact.

but it is a famous death

Many saints have famous death but not so much for grater impact. If you can find another I'd be happy to add them.

Both of them in.

For your consideration:
Jayne Mansfield

https://www.imdb.com/name/nm0543790/bio
While traveling from a nightclub in Biloxi, Mississippi and 30 miles
from New Orleans to where she was to be on television the following day,
she was killed instantly on Highway 90 in Slidell, Louisiana in a car
crash in the early hours of June 29, 1967, when the car in which she was
riding slammed into the back of a semi-tractor trailer truck that had
stopped due to a truck in front of the tractor trailer that was spraying
for bugs. Her car went under the truck at nearly 80 miles per hour. Her
boyfriend Samuel Brody and their driver Ronnie Harrison, were also
killed. The damage to the car was so bad that the engine was twisted
sideways. She was not, however, decapitated, as had long been
misreported. She was 34 years old.

Mansfield's funeral was on
July 3, 1967 and hundreds of people lined the main street of Pen Argyl
for Mansfield's funeral, a small private ceremony at Fairview Cemetery
in Plainfield (outside Pen Argyl), Pennsylvania (where her father was
also buried), attended by her family. The only ex-husband to attend was
Mickey Hargitay. Her final film, Single Room Furnished
(1966), was released the following year. In 2000, Mansfield's 97 year
old mother, Mrs. Vera Peers, was interred alongside Mansfield.

Mariska Hargitay is the daughter of Jayne Mansfield and Mickey Hargitay. In June 1967, she and her two brothers were asleep in the back seat of a
car when it smashed into the back of a trailer truck instantly killing
her mother (Jayne Mansfield), the driver and Mansfield's boyfriend, attorney Sam Brody. Miraculously, the three children escaped with minor injuries.

https://www.mentalfloss.com/article/28155/how-jayne-mansfield-changed-design-tractor-trailers
Shortly thereafter, the National Highway Traffic Safety Administration
made it mandatory for all semi truck trailers to be fitted with
under-ride bars, also called DOT bars or "Mansfield bars." The steel bar hangs from back of the cargo area and is designed to stop a car before it rolls underneath the trailer.

This could work. I've added her. Thanks

I have a problem with the word "influential".Everything in your intro seems to lead to the question "which death is the most memorable?" or "which death is the most iconic or legendary?" but influential is a word that says what it says, it influenced something or someone, and if we're asking which one is the most influential, so we're talking about 'great deaths' that changed the course of history, not deaths that built a legend and made an icon out of the dead.Marilyn Monroe's death was memorable, JFK too but is there a more devastating and influential death in movie's history than the assassination of Archduke François Ferdinand (and his wife) in 1914?

the question says "famous death." Prince had a famous death, but it was not as influential as the assassinations of world leaders, and more people today know that Prince died that who Charles I was! Though the beheading of an English Monarch was much more influential than Prince's death will ever be.

I think "influential" is a higher word that "famous". A famous person would not definite has influence but an influential person must be a famous one.

But we're mixing entertainment with historical figures... what can be more influential than what impacted history?

Another problem is that you list the deaths of influential people... but we are talking about influential deaths.. the death has to be the influential element not the celebrity's achievement.

I think you have good material for a two-part poll but right now this list feels like a bag of oranges and apples :)

Would "significant" be a better word to use? I feel that it encompasses all the aspects mentioned.

Changed the question to "significant"

Thanks for the correction.I hate to spoil you but death is the only thing and everybody knows but never experience in life LOL... and I have to halt about The Romanov family

Going to halt them for awhile.

Please consider some edits to your text:Life and death is a common thing for everyone who has ever lived. But some deaths live longer that the death itself, and some made a difference and changed the way people live right now. Some stand out, either due to the life of the person or because of the way they died. Here is the list of famous deaths that will remembered throughout history. Whose death do you think the most influential?

Please also correct:#1: Death by crucifixion#3: Activism and glamour made her one of the#4: an estimate of 50 million people.#9: a selfless missionary of charity.#12:  Death by overdose.#14: Died by fatal car crash.#18:  he was shot four times in the back at close range#19: and drug use ...  female artist of all time and she remains one of the#21:  Her car crashed at high speed

Many corrections thanks, edit them all

Franz Ferdinand is already on the list, but I suggested an image of Christopher Plummer because is profile doesn't contain any of him. 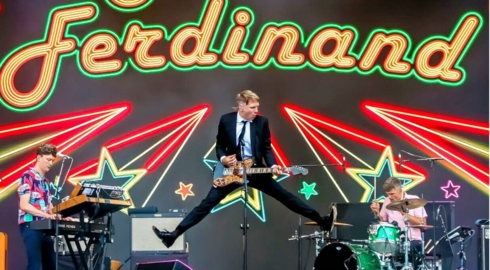 The archduke is a poser.

I'm a history buff and I've always had a sort of morbid fascination for the story of Franz Ferdinand, the guy was in what he thought to be a routine political visite in some godforsaken country (in his mind I mean) and there he gets shot and becomes the first victim of one of the deadliest war ever... but one shouldn't trivialize that especially when you have his poor wife as a collateral damage, poor woman was pregnant and (unless I'm wrong) she tried to protect her husband and got shot herself. Very sad ending ... that was only the beginning.

Anyway, I can't think of a more influential death.

There was a similar victim in France, politician Jean Jaurès who tried to warn people against the war, he was a true pacifist but he got shot on July 31st, accelerating France's entrance in the war.

Added Hussein and Earhart, thanks.

@ElMo I'm intrigued about this story. Have you seen The Assassination at Sarajevo? Or do you have another movie reference about the event?

Well, I can tell you most of what I've learned in history came from outta school, I used to watch every documentary about World War I and World War II ("From Nuremberg to Nuremberg"* was my first immersion) but oddly enough, the assassination of Sarajevo never mentioned "details" such as the wife's pregnancy, it took me extra readings especially a great history collection of books from 1972 that was getting all dusty in my grandmother's bookcase.  * Vangelis wrote the score, very haunting:https://www.youtube.com/watch?v=KTlrWR1r9FU

Please also correct:Here is the list of famous deaths that will be remembered throughout history. Whose death do you think is the most significant?

Thanks corrected them all

Thank you for making the edits.