Live Poll: Who Should Play the Bride in 'Bride of Frankenstein'?

Which actress would you like to see as the Monster's mate in the upcoming Bride of Frankenstein? The Mummy has kicked off a series of reboots in Universal's Dark Universe, but the lead role is yet to be cast.

These are the most popular Best Actress-nominated actresses born between 1972 and 1996, listed according to their STARmeter rank. http://www.imdb.com/list/ls068580212/

FYC Gwendoline Christie Her STARmeter bounces between 10-500 depending whether a Star War movie or Game of Thrones is currently being released. #205 Last Week 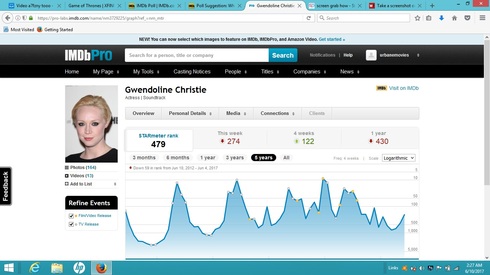 Best actress nomination is a criterion :)

For an Academy Award. At least, that's what the IMDb Advanced Search takes into account.  I guess I should clarify that in the description; thank you!

It is great to have parameters and standards, but by casting too narrow a net you may miss out on some candidates perfect for the role. In this case, a Golden Globe, Emmy, Screen Actors Guild or a Horror genre specific Saturn acting nomination or win would not validate their acting ability or talent. Also, excluding Supporting Actress nominations may exclude some rising stars who could be perfect for the role.

FYC you may want to expand the award criteria and then manually cut actresses that don't seem like a good fit to get a better pool of answer options.

There are only 35 spots, so I had to narrow it down while keeping it as objective as possible by sticking to certain criteria.  I thought about only adding actresses who would be aged 30-35 at the release date (Feb 14, 2019) because Elsa Lanchester was 33 when the original movie came out. The studio has been pursuing Angelina Jolie for a while, though, so I wanted to include her but she's 42. Then I considered doing actresses born after 1996, but Jolie didn't make the cut (the first 35) whereas a lot of actresses too old to be considered did.  Then I tried any females aged 21-45, but in the top 35 I got a lot of TV people.  I tried a few other things, too (can't remember all of them), but in the end narrowing the list down to oscar nominated actresses (in a leading role) gave me what I thought were the best options.  Thanks for your suggestion though, I do appreciate it!

Thanks for the explanation, I hadn't heard about the the movie. Given the announced director, writers and male lead of Javier Bardem, the movie seems to be more in the tradition of Mary Shelley's Frankenstein (1994) with its own all-star cast and crew.

I can see the logic is making the female lead on par with the talent already assembled and direction. I am looking to forward to their take on this classic.

The four most notable Brides to date: Elsa Lanchester, Jennifer Beals, Fran Drescher, Phyllis Diller, all were Major acting award nominees too, albeit for a Golden Globe or an Oscar in the supporting category.

I know; it's such a tough choice! Can't wait to see who it's going to be.

Although I think I'd most like to see Marion Cotillard as the Bride. She has this aura of mystery and she's a natural at playing intimidating characters.

Great choice, I would like her for the role too. I was thinking a European or international female lead would best complement Javier Bardem. Plus, keep true to the stories origins.

Yeah, look how good they look together! 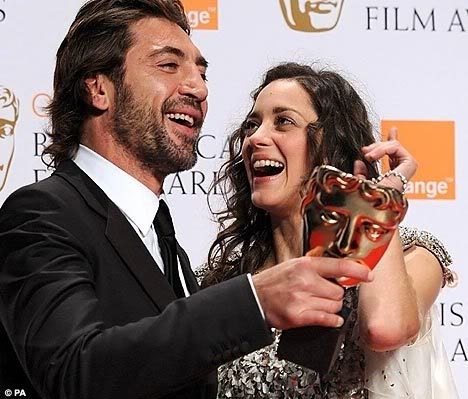 i would go with ruth negga...

I believe Saoirse Ronan would be a pretty good choice.

I can see a lot of these women bringing different kinds of awesomeness to the role, but more than that I can't wait for this to become a poll so that we can find out who would be in the lead (or if there would be a clear lead).

I go for Charlize Theron
She was very convincing as Imperator Furiosa in Mad Max: Fury Road

Agreed, and she's a fantastic actress. I wonder if she'd be right for this picture though. Not that it's a bad thing -far from it- but I feel like she might be too much of a strong independent female for this particular role. What do you think?

I think Melania Trump is already playing this role? 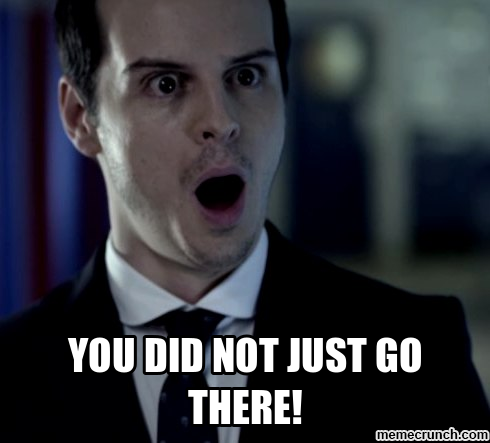 I would go for Helena Bonham Carter.

She'd have been perfect for it 10 years ago. (It's Hollywood that's agist, not me.)

Hilary Plank is one of the worst actresses of all time.  Her wooden demeanor would make for an authentic personality-less zombie bride of Frankenstein.

Time for her third Oscar!

In Decreasing Order of Votes
http://mypollwatch.blogspot.com/2015/03/imdb-polls-descending-order-of-votes-by.html#Laiath