Live Poll: The Most Cinematic Subculture(s)

Subcultures are always exciting for filmmakers to depict communities with distinctive styles and unique philosophies make for interesting short and feature films, music videos, tv- and web-series. Of these selected subcultures from different eras, which do you consider the most cinematic and interesting?

It's 2.09AM here and I think I need some sleep. From this list you've missed vampires. :P

Great thanks! I've gone through that list as I started researching. The problem is that I don't know any film about vampire subculture, not fictional vampires. Plus it is mostly a part of larger goth movement...

I'd say that is a too wide term to be considered a subculture... Same could be said about nerds, but nerds have some conventions about them, especially the 1980's kind.

I was thinking of hip hop (e.g., Straight Outta Compton) and drag (The Adventures of Priscilla, Queen of the Desert).

You have a little typo: uniqe —> unique

Great thanks for correction and suggestions!

Thanks for suggestions! They are rather tricky, though. Both movies are far from representing anything similar to actual gaming culture and more in the area of sci-fi semi-representation.

As for nerds... I've thought about that but it is rather hard to define that as a subculture: it is more of a general archetype, which is even a tiny bit offensive by today's standards. Still, I just thought that it might fit perfectly with a right example. Revenge of the Nerds (1984), maybe?..

Greasers sounds a little bit like Beatniks.
What about elektric funk? The Breakdancers!
https://www.imdb.com/title/tt0086998/

Beatnik culture was more of a general Bohemian lifestlyle, while greasers are guys with heavily lotioned hair who more often then not formed street gangs. These two things definitely crossed over, but are not the same.

What a great suggestion with breakdancers, thanks! The craze in the 1980's were immense and not only Cannon did two movies out of that, they also fit breakdancing in some of the unrelated movies like Exterminator 2 to stay hip!

Nikolay. I just remembered another late 80's movement. The Housemusic. This was specially in discos and clubs, a sort of movement. Housemusic was the pre-form of Techno. (e.g. Technotronic - 'Pump up the Jam'), But before there were many groups like M/A/R/R/S ('Pump up the Volume'), S' Express ('Theme of S' Express'), Bomb the Bass ('Beat Dis' & 'Into the Dragon'), etc... There were specially many little one hit wonders, who carried the wave. It was the movement for a new generation of partypeople worldwide. Only about three years, but it was powerful.

Unluckily I found just one movie with scenes about clubs:

At the soundtrack-trivia you'll find M/A/R/R/S' 'Pump up the Volume'.

P.S.: Even bad Rap-Groups like the real nasty 2-Live-Crew did some Housemusic-remixes from their old dirty raps. I just mention ... Yeah we want some ... (I don't write down here). Got an old House mix of it on Vinyl. And on a later sampler of them, they made a Housemusic-rap, instead of making a rap before and only then make a remix.

I actually really like house music movement and they were indeed a subculture, especially the Chicago house scene. However there is indeed a lack of audiovisual media coverage.

One of the most common electric funk artists was Maurice Starr. Your P.S. remembered me the Breakdance-time. I dug out the album 'Spacey Lady' (1985). I had it on Vinyl, but then later ordered it on CD. Gosh - was that expensive that time! But it's worth it. It has the 12" long version of "Electric Funky Drummer" - about nine minutes and fifty-two seconds of epic 808 drumming - on a DSP-forced radio  in my car ... while driving about 120 miles per hour on the german Autobahn from finished work to home. A mental energyflash2 ! Next level would be "Oxygene" by Jean Michel Jarre - for landing the car on another planet or dimension. ;)

Because you also wrote about his son Jean-Michel I misread the first name as Maurice Jarre. So I clicked on the link and thought, „Whoa, the Lawrence of Arabia composer was really that up to date in 1980s music?“

No, not Maurice Jarre, Maurice Starr ! He has nothing in common with the fahter of Jean Michel Jarre, who was a well known movie-composer! The similarity of the names was not intended. But Jean Michael Jarre's 'Oxygen' would be the next mental stage on the German Autobahn (joke). ;)Please never lose the reality while driving ! My text above is exaggerated on expression to transport a feeling to them who don't know. The tip of a dude who did arithmetical connected over one million professional Kilometers on the roads and spending all-in-all over a year of his life living in the traffic (commuter): While driving don't lose your friends around out of sight, allways keep an eye on them and in best (normal) case nobody gets hurt ! ;)

Yes, I misread the name (I read it wrong). Brains like familiar patterns :)

Jean-Michel Jarre is the perfect kind of music to survive a traffic jam. All commuters who have to travel long ways have my respect. But I‘m from the Ruhrgebiet after all ;)

By the way, I wonder why there never been an Autobahn car chase movie. It should be an own subgenre. But Germany does not produce any kind of genre cinema, unless it stars Til Schweiger.

There was such a movie. 'Superstau', which means 'super-traffic-jam' and tells about german vacation, jamming the German Autobahn to the south border of Germany. ;)https://www.imdb.com/title/tt0103009/Maurice Starr was a black electric funk composer, supporting the breakdance area with one big hit. You should be old enough to remember. I can only tell about south germany. 'Electric Funky Drummer' was often played on the mainstream radio, although it was from a subculture, everybody has known and admired, but was to shy to get in further contact with it. It was the musical "bird of paradise" of the 80's. There are tons of electric funk music, that never got mainstream - but is preserved by fans around the globe since the 80's On Vinyl or Upload or CD's. There are real jewels, which are hard to get. If you want it, you gotta pay a lot.For me it's a part of world cultural heritage, that is consequently ignored by most people.But for now ... Squackett ! ;)Car-chasing is a sensible subject since some dumb*sses killed people while racing (eg. Berlin). No one wants that morons who want to copy 'fast and furious' in private without the secure situations of professional stunt crews. It's not funny to race in citys with an amount of 120km/h. Those idiots should be nailed to the wall, they gotta stuck in jail the next years - hopefully.But it would be nice, if Germany would do such movies, too. - With expanded warning at the end!

Jean-Michelle Jarre is the perfect kind of music to survive in general. :)

Seconded. You could use Steal This Movie as the example.

FYC:
Folkies - Inside Llewyn Davis
Cowboys - any one of a million...

ElM. I very much considered that, but I'm still searching for a suitable example. :)

Jen, great thanks for suggestion. Will research further (never heard of folkies, hm) and update.

I could SWEAR someone suggested this in the last six months...

I believe I've searched and heaven't found that poll done yet, so I proceeded with the idea...

After a second look at the list, I wonder if "losers" or "bums" should qualify as a form of subculture, sure you don't need to embrace a specific philosophy of life, have any talent or follow any training but maybe that's the charm of it, maybe being unemployed or unstable job-wise, never seeking any social or marital success, never trying to become someone earns you a sort of inner wisdom that only fellow 'bums' can understand. I say that with no condescendance, there are many movies about schmucks and average Joes and they're never the least appealing: Trainspotting, Clerks,The Big Lebowsky, Barfly...

Hmm... There are certainly subculture elements in things like that: junkies, slackers, etc., but it is generally considered more of a marginalized subculture mainly brought together by marginalization of what they do rather then common interest.

BUMCULTURE would make a pretty good title though...

"maybe being unemployed or unstable job-wise"

The trope appears more in comic books than films. This is actually the main depiction of Donald Duck in comics for the last 70 years or so. Drifting from job to job in nearly every story.

This is a really cool idea, Nikolay. 'Tough choice but either drag queens, steampunk, punks, beatniks, or hackers (see? it's a tough choice, lol). The title and question are great but the first sentence of the intro seems to be a little unclear. Perhaps a few edits (in bold) clarify it a bit? 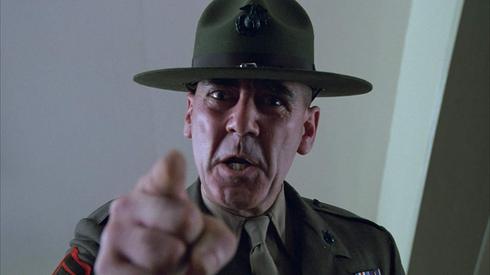 An interesting option, although it is more of a complex philosophical movement then a subculture.

I really think it has turned into a subculture NOW, maybe not when the film was released.

Wait a minute... if it's a complex philosophical movement and yet with many dress-codes and real-life applications, how is it not a subculture?

Was not aware of dress-code. Will likely require additional research, I think.

I think it's one of the most obvious effects of the rise of pornography and social networks... you've got to take libertine in the broadest sense of the word, maybe sexculture would be more fitting. And well the dress-code is all about the dresses and accessories that enhance the sexual desire, you know what I mean... lol are you prude or am I the deviating one? :)

I prefer hacking or any other technology related movie or TV shows.'Snowden', I love the film.

'Snowden' was pretty cool. Hope he gets protected !

Hi, Nikolay. Sorry for reacting so late. I gotta work at different times, so sometimes I'm more active and sometimes lesser. I like this poll and had a clear favor. 'The Breakdancers' are my cup of tea. ;)