Live Poll: Pride on TV (#2): Who is Your Favorite LGBT Character?

June is designated as "Pride Month," in many countries, for LGBT persons and their loved ones. Of the following LGBT characters, from current or recent TV series, who is your favorite?

This is Part 2 of the poll.

Much thanks to everyone that helped with this poll, especially Jen (yrnej).

FYC (if you haven't already considered it):

'Added. Thanks for the suggestion!

Just curious - why did part 1 only have 24 names, when there are so many more options? I know there will be a part 2 but you don't know at this time if more people who come up who could up and send #2 past 35. See Peter's suggestion directly above.

I believe Sara explained her choices in the other thread. But I think 24 options per poll is a very healthy number.

I wanted them to be evenly split, and I created parameters to make it more manageable.

Sara, on some of your entries you have "in" the title and some you have "from" the title. You probably also want it to say guidelineS, not guideline. :)

Thanks for the kudos. 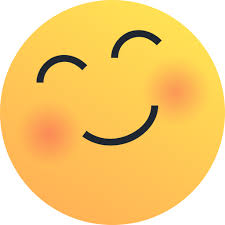 Oh wow, thank you for pointing out the typo in what what was supposed to be guidelines. I actually did the "from," "in," and even "on" intentionally: I usually like consistency, but for some reason I thought it might be less tedious on the reader. I tend to think too much about things like that: being a writer, I actually have dreams --even nightmares -- about things like that, lol.

You're more than welcome for the kudos: you gave me probably at least half of the characters, many of whom I didn't know about and were not even listed on the other film sites and magazines I was using. I really appreciate it.

By the way, I just watched the first episode of this season's Orphan Black. (I didn't get to see it the other night.) What a great show. Like I said, I'm excited for this season but, like you said, I'm also disappointed that it's the last season. :(

In Decreasing Order of Votes
http://mypollwatch.blogspot.com/2015/03/imdb-polls-descending-order-of-votes-by.html#rubyfruit76

Leighton Meester in Life Partners... but not in poll

This poll is about TV characters.

anyway i voted for Christian Navarro..

There's an awesome new option but the show doesn't have the votes yet. Quiet Ann on Claws - it just started and I'm loving it. Kinda a female Breaking Bad but with money laundering through a nail salon instead of meth through a car wash. The writing's not at that level but it's really fun. Niecy Nash is the lead and she is great. But Judy Reyes absolutely kills it as Quiet Ann, the salon's butch enforcer of few words. Check it out! 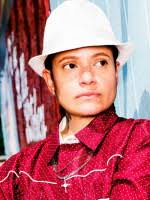 Just came across this Ruby: https://www.youtube.com/watch?v=1HLoWiUKT0I

Thanks. That was fun.

bktush---I don't care what year, GALE HAROLD is a favorite to many he was sexual as  BRIAN KINNEY and the most beautiful man clothe or not and with him Randy Harrison following him, there would not be as many gay people listed in your poll without the break out QUEER AS FOLK